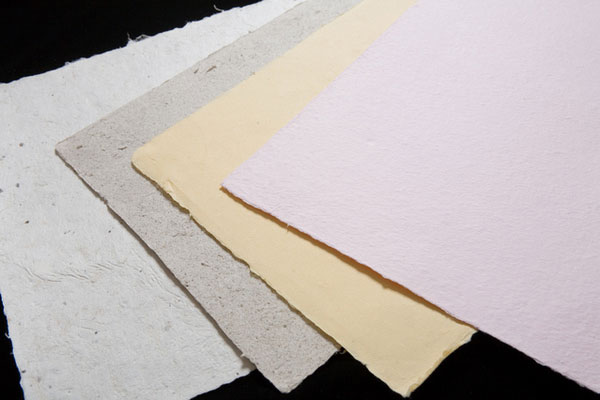 1300 years of tradition
the finest, softest and most durable texture

What is Inshu traditional Japanese paper ?

Inshu washi is a handmade traditional Japanese paper made in the former Inaba province, the eastern part of Tottori prefecture. The most famous type of paper is a textured drawing paper that is ideal for calligraphy and ink painting, boasting high domestic production. Mulberry, paperbush, and gampi are the quintessential raw materials of Japanese papermaking. Inaba province is blessed with an abundance of forests and beautiful clear streams which are used for the production of this craft. Inshu paper is versatile for having a soft and flexible texture while also possessing a natural durability. It is commonly said that because this paper is so soft, brushes write twice as fast as on other Japanese papers, and also results in the absorption of less ink. This is expressed in an old adage, "a brush fortunate enough to only write upon Inshu paper will never be low on ink".
The papermaking process uses abundant flowing water. The splashing sound from pulling up wet pulp from a water tank is such a traditional sound that the Ministry of the Environment has designated it as one of 100 Selections of Soundscape in Japan*. In response to changing consumer demands, new products such as three‐dimensional interior crafts or computer printing paper have been introduced, but with time-honored traditional techniques still used.

*The 100 Selections of Soundscape in Japan is a list of sounds from every part of Japan, meant to encourage the preservation of both the natural environment and cultural heritage. Some examples of sounds are cicadas at Yamadera Temple or the Awa Dance Festival. 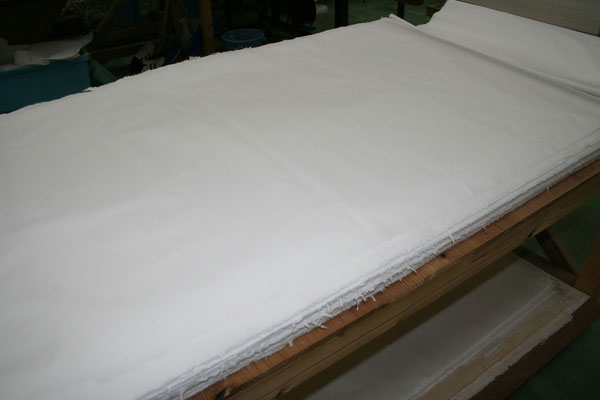 Inshu traditional paper has a long historical tradition. The Shosoin monjo seishu, preserved in the Shosoin Repository*, are a major series of famous ancient manuscripts dating back to the Nara period (710-784) that includes the ancient seals of Inaba province. The Engi-Shiki Code, which was completed in 927, records the province as offering paper to the Imperial Court.
From the Edo period (1603-1868), a manuscript written by Kamei, a feudal lord, states that pulpwoods like paper mulberry and gampi are “trees prohibited from being cut”. Also Inshu washi was widely used both as tributes to the Tottori domain (present day Tottori prefecture) and for general use in society. In the Meiji period (1868-1912), bleaching techniques and more efficient manufacturing methods were introduced, and production kept increasing until the end of the Taisho period (1912-1926).
In the Showa era (1926-1989), the industry experienced a downturn in demand because of the spread of wood pulp paper. After the Second World War, craftsmen focused on utilizing traditional techniques for new product development such as papers for calligraphy and dyed papers. Notably, papers for ink painting achieved the largest market share in Japan and increased the brand recognition of Inshu paper.

*The Shosoin Repository is a building located in Nara, a former capital of Japan, that has been around since the eighth-century. It not only has a collection of treasures dating back to the Silk Road, it also preserves over ten thousand hand-written documents all dating from the Nara period. Today the repository is under the control of the Imperial Household Agency. 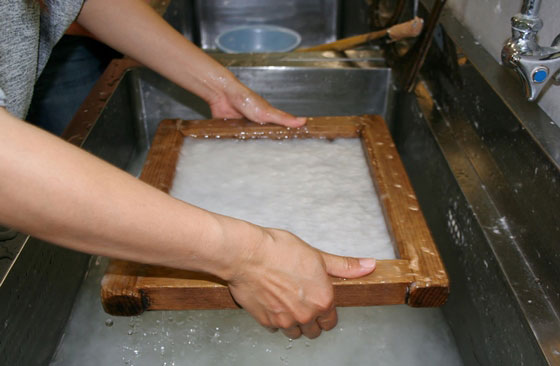 See items made in Tottori