What is Uchiyama Japanese paper ?

Uchiyama Gami is a type of traditional Japanese paper made in the Oku-shinano region of northern Nagano prefecture. As a region that gets heavy snowfall during the winter, papermaking production developed to provide supplementary income. This craft uses a hundred percent paper mulberry for its raw material which gives the paper excellent strength, air permeability, translucency, and heat retention. As snowfall in Oku-shinano can be over a meter in one night, paper mulberry bark needs to be harvested by the end of November at the latest. During winter, tree bark fibers are bleached by spreading them on top of the snow. This method, called snow refining, makes use of the ozone that is naturally released by the melting snow. This process where they make use of their natural resources with no chemicals, gives the final product a strength that is capable of withstanding cold and damp weather, and a soft texture. Since it is bleached naturally, Uchiyama gami hardly gets browned from the sun and can be preserved for a long time. Because of this durability, this paper had been used for government resident registers and was also trusted by other government offices. It also has a good reputation as sliding door paper with high translucency, and is suitable for interior crafts such as light shades. It is also widely used as calligraphy paper. 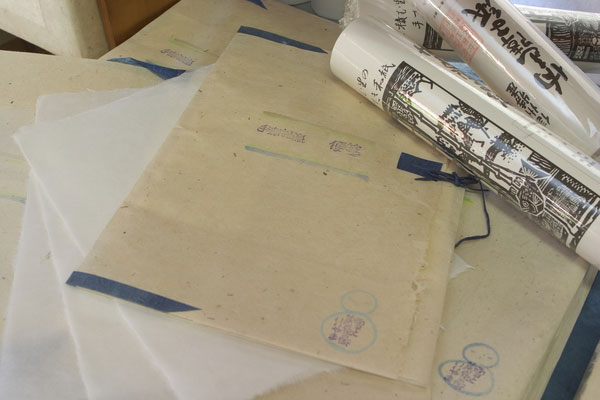 Uchiyama Gami is handmade Japanese paper thought to have originated in the village of Uchiyama, Shinano province (now Nagano prefecture). During the early Edo period (1603-1868), a man named Kiuemon HAGIWARA learned papermaking techniques in Mino province (now Gifu prefecture) and began a papermaking business upon returning to his home in Uchiyama. This is thought to be the origin of this paper. At that time, the raw material of Uchiyama Gami, paper mulberry, naturally grew in the local mountains and was easy to collect, which helped spread production throughout the region. Land tax accounts of the Shinano province from the mid-Edo period indicate that the papermaking industry in Uchiyama was subject to taxation. Since Oku-shinano is a snowy area, production of Uchiyama Gami gradually took root in the region as a wintertime side job. As the paper fetched a high price in the neighboring county of Echigo, it became a valuable cash income source. During the Meiji period (1868-1912), new techniques and mechanization improved production methods. At its peak, there were 1354 material suppliers, 1130 producers, and 175 distributors. Later, the industry declined due to the spread of mass produced machine-made paper. Because of its low production efficiency due to its hand-made nature, the number of artisans gradually dropped. Today, the few workshops that are left preserve the traditional papermaking techniques of Uchiyama Gami. 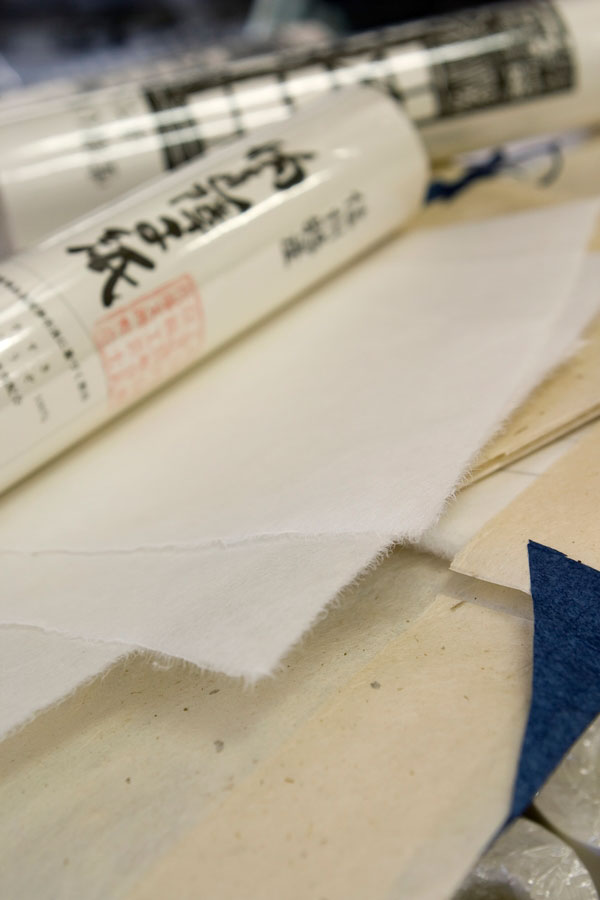 See items made in Nagano