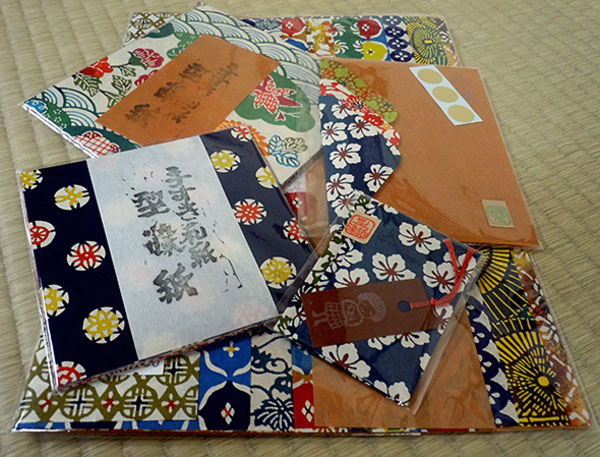 What is Ise paper stencil printing ?

The Japanese name of Ise Paper Stencil Printing is Ise Katagami. Katagami means paper stencil. Today this craft is mostly produced in the city of Suzuka in Mie prefecture. They are an important part of textile dyeing. For many years, such stencils have been crafted in Shiroko of Ise province, current day Suzuka, which is why they have been called Ise Katagami, Ise gata, or Shiroko gata. They are all written using two different Japanese characters which mean "shape" and "pattern". Ise Paper Stencil Printing are made by pasting layers of Mino washi, a Japanese traditional paper, with persimmon tannin for reinforcement. The stiffened paper is used as a base card and stencil designs are hand cut using a variety of minute knives or chisels while applying four types of cutting techniques. The techniques are stripe carving, stab carving, decorative carving and drill carving. One of the key features of this craft is its distinctive finish, carefully and skillfully cut by master craftsmen. Such stencils are used for dyeing designs and patterns on a wide range of kimono, including yuzen, komon (fine patterned), and yukata (summer cotton kimono). Today, the stencils are not only used for dyeing kimono, but also applied to interior decoration such as sliding screens (fusuma) and sliding paper doors (shoji) or even LED lighting as a new approach that is drawing increased attention. 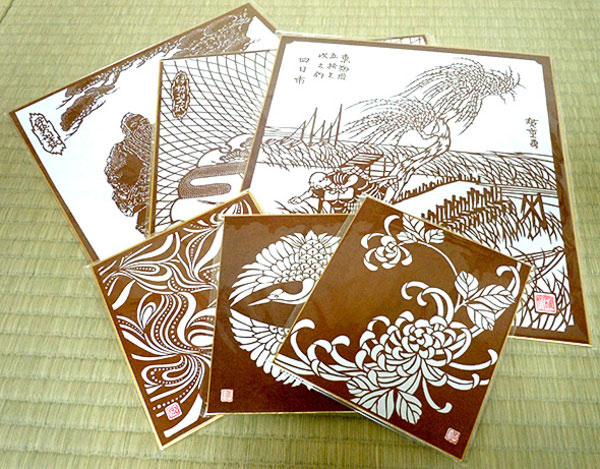 Ise Paper Stencil Printing has a long history dating back many centuries and with several different sayings on their origin. According to one theory, stencils already existed by the end of the Muromachi period (1336-1573) as Shokuninzukushie( "A Scene of Various Artisans"), depicted in the Muromachi period, clearly shows artisans engaged in stencil dyeing. In the Edo period (1603-1868), Ise Paper Stencil Printing received the strong patronage of the Kishu domain, and stencil making, centered on the Shiroko and Jike areas, flourished. This area located on Ise Bay was a trading base, which also contributed greatly to its success. In addition to the artistic development through cooperation among artisans, an extensive network soon grew to sell and distribute the stencils all over the country. In the Meiji period (1868-1912), the adoption of Western fashion hit the industry hard, followed by further influence of World War II which resulted in losing most of the stencil makers. However, with the rebirth of the postwar Japanese economy and increasing prosperity, demand for kimono returned and stencil production was once more thriving around the 1960s. Today, due to a decline in the overall demand for kimono, and the spread of new dyeing techniques, the number of stencil makers is decreasing again. In order to ensure the skills would be passed down to future generations, a preservation society to preserve the art of stencil making has been launched. The artistry of the designs is much appreciated resulting in this skill to become an artistic handicraft, and an increasing number of people enjoying stencil making as a hobby.