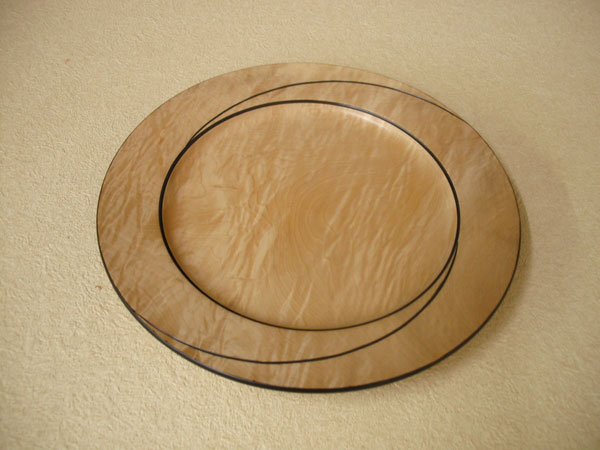 Shogawa woodcrafts are mostly woodcraft articles such as bowls or trays made in a wide area of the Toyama Prefecture including the city of Takaoka and the city of Tonami. Shogawa woodcrafts were designated as a traditional craft by the Ministry of Economy, Trade and Industry in 1978 for its simple yet beautifully made wood craftwork. The characteristic of Shogawa woodcrafts is the intrinsic appearance of texture of the Japanese zelkova with its unique figure grain. In the making of items, logs are sawn in a longitudinal direction and processed so that the grain runs laterally, allowing a clear display of the grain. Even items made with the same procedure will be finished very differently as it utilizes each characteristic of different trees. Every different unique characteristic adds enjoyable moments to choose an item. Shogawa woodcrafts develop their unique features with time. There are two main types of Shogawa woodcrafts, which are the plain wood finished ones and those finished with Japanese urushi lacquer. In recent years, there has been an increasing demand for unpolished plain wood products by enthusiasts who like to apply their own coating themselves.

At the end of the 16th century, the Kaga domain was ruling the area around the current city of Kanazawa and had started to transport Japanese cypress and Japanese zelkova along the Shogawa river leading to Toyama bay. This new trade is said to have led to the subsequent development of Shogawa woodcraft, as before long, driftwood lost in transit were washed up in a basin in the town of Shogawa. During the late Edo period (1603-1868), people attempted to utilize the gathered timbers, which was the beginning of the production of plain-wood products. In the Meiji period (1868-1912), lathes started to be used, and this was the origin of the Shogawa woodcraft known today. It is said to take ten years of practice to be able to really operate a lathe and make Shogawa woodcraft. For this reason, at that time, many artisans began training immediately after they finished compulsory elementary school education. During the Showa period (1926-1988), the market of Shogawa woodcraft expanded across the whole country, and even today the traditional manufacturing skills are preserved. These beautiful pieces of woodcraft are still much appreciated nationwide.