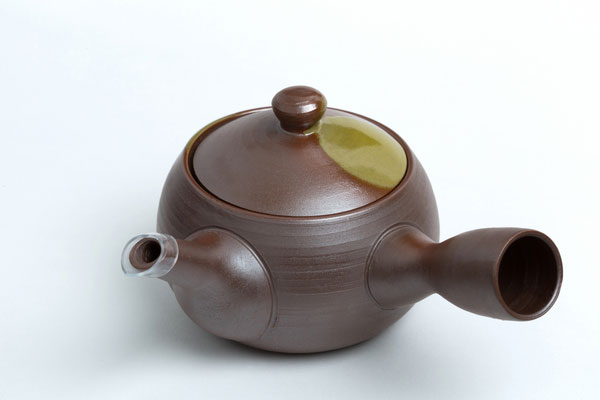 Yokkaichi banko ware (called Yokkaichi banko yaki in Japanese) is a form of ceramic ware produced in the city of Yokkaichi, Mie prefecture. For a long time, items for everyday use like teacups and plates, as well as pieces of art like vases have been produced here. Today, shidei (purple clay) teapots and donabe (earthenware cooking pots) are typical products. Banko ware accounts for eighty to ninety percent of all the earthenware cooking pots produced in Japan.
This craft has excellent heat resistance which comes from the potter's clay used for its production. The potter's clay for earthenware pots is mixed with around forty percent petalite, which is a lithium mineral that is resistant to heat. The petalite provides heat-resistant properties to the potter's clay and makes it capable of withstanding direct heat. This is a patented technique of Yokkaichi banko ware and cannot be seen elsewhere. Also, small teapots are fired using shidei clay. The clay contains a large amount of iron which, through a reaction with flames, produces a peculiar color. The color is attractive and its shine increases over time through use.
Each year in the middle of May, the Banko Festival is held around the Banko Shrine in Yokkaichi. People from all over Japan attend this festival as they are able to encounter potters' works exhibited from local potteries and buy pieces at moderate prices.

The history of Banko ware stretches back around three hundred years. Between the years 1736-1740, Rozan NUNAMI (1718-1777), a trader whose passion was tea, opened a personal kiln in what is now Kuwanacho, Mie prefecture, and started baking tea utensils. The name, Banko ware, is said to come from Nunami stamping his own works with the words Banko fueki, which means, “An eternally unchanging life”. He stamped each item to signify that the craft is long lasting quality and can be continously used over generations.
This ceramic ware ceased to exist for a while after Nunami's death, but around thirty years later, at the end of the Edo period (1603-1868), it was revived by antique dealer brothers Yusetsu and Senshu MORI. During this time, small teapots for use with sencha tea*, which had surpassed matcha tea in popularity, started to be used. Banko ware had different names over time, from “Kobanko” to “Yusetsu banko” and “Meiji banko”. While Banko ware did not originate in Yokkaichi, it was established in Yokkaichi during the Meiji period (1868-1912) and came to be called Yokkaichi banko ware. Thanks to the ease of procuring coal fuel and suitability for distribution due to trade port proximity, Yokkaichi became one of Japan's leading ceramics-producing areas.