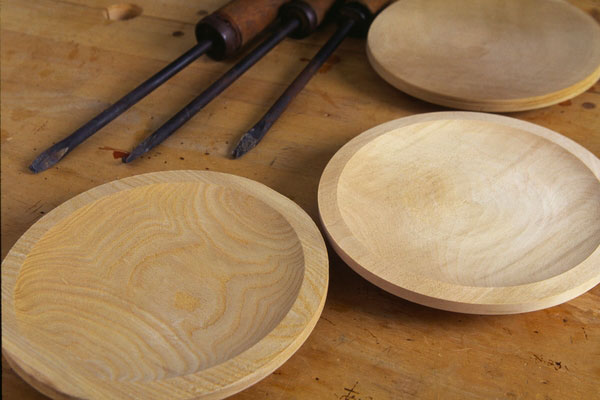 What is Nagiso woodturning ?

Nagiso Rokuro Zaiku are completely handmade woodwork items made in the area around Nagiso Town, Kiso-gun, Nagano Prefecture. This traditional craft originated in the first half of the 18th century and is known for a special skilled manufacturing called rokuro zaiku, a special type of wood turning. In Rokuro Zaiku, plain-wood products are made from a round wood slice planed while being turned on a lathe. As the whole process is done manually, high level skills and an extensive knowledge of the properties of wood are required; masters of the craft are known as kijishi. Nagiso Rokuro Zaiku are distinguished by their beautiful wood grain that is brought out by this unique method of turning. Nagiso Rokuro Zaiku mainly include plain wood bowls and lidded containers to store tea sets. Products are made taking into account the color, grain and type of wood; the quality of wood harvested from the verdant forests of Nagiso is what makes Nagiso Rokuro Zaiku so attractive. 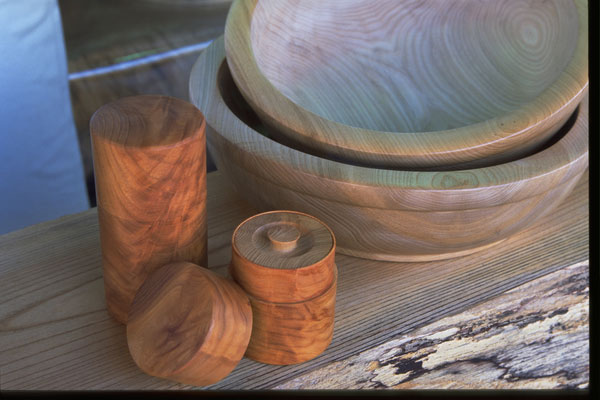 As there are records of Nagiso Rokuro Zaiku trays and plain-wood products being shipped to Nagoya and Osaka, the beginning of the craft is thought to date back to the early 18th century. However, the kijishi who made Rokuro Zaiku plain-wood products are believed to have been active in the 1500s, as shown by licenses issued at that time for cutting down trees. Omi (current Shiga Prefecture) is believed to be the place of origin and it is known where kijishi were cutting trees to make such products. They are also known to have come to Nagiso and to have developed the present Nagiso craftwork. There are also records of plain wood products being produced in the mid-Edo period, and since then, kijishi in Nagiso gathered together and established a "kijishi's village". With the coming of mechanization and electricity, fewer and fewer artisans carry out their work without powered machinery, and today an electric lathe is generally used.

See items made in Nagano