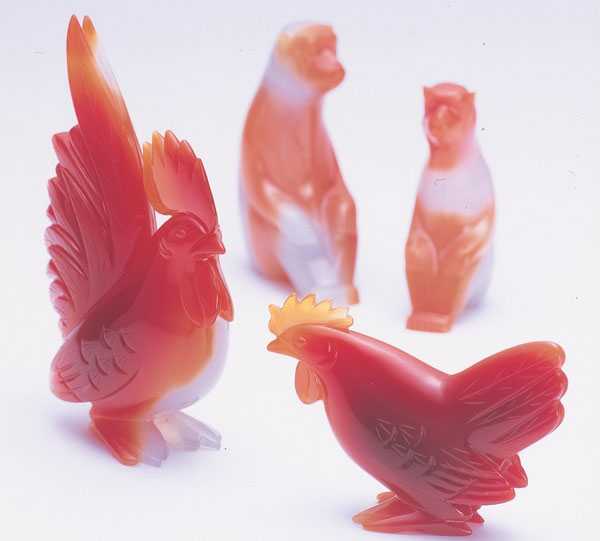 What is Wakasa agate craft ?

Wakasa Agate Craft (Wakasa Meno Zaiku in Japanese) is agate craftwork produced around the city of Obama, Fukui prefecture. Agate has been appreciated from olden times as one of the seven treasures that decorated the sublime Buddhist paradise mentioned in the Sutra of Immeasurable Life. Wakasa Agate Craft is also known as the origin of gemstone crafts in Japan. It is distinguished by its translucent flame-bright red color which is produced from a distinctive heating process using iron. The deep brownish red color refines the features of the craft. They have a wide product range from daily utensils such as soup bowls and chopstick rests to ornaments of roosters and carp which are often given as gifts. 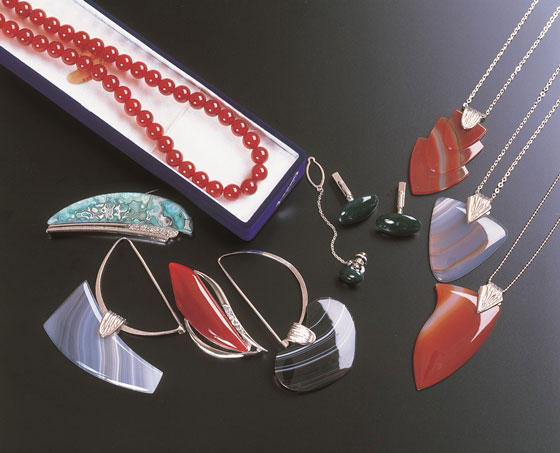 The origin of Wakasa Agate Craft dates back to approximately 270 years ago. Sometime between 1716 and 1735, Kichibei TAKAYAMA returned to his hometown in Wakasa after completing his apprenticeship at an optician's store in Naniwa (current Osaka). Based on the skills he had gained, he started making agate beads, which is considered to be the beginning of the craft. Its turning point was in the early days of the Meiji period (1868-1912), where the craft evolved to the current form of intricate work pieces we know today. Heisuke NAKAGAWA, a Wakasa Agate Craft artisan had ambitions to innovate the simple beads craft into an enriched craft. His effort to enhance the craft made the current form of engraved crafts such as the carps and roosters. The artisan skills developed to the point where their works were viewed as works of aesthetic value and were exhibited across Japan as well as overseas. In 1976, Wakasa Agate Craft was registered as a Japanese Traditional Craft. 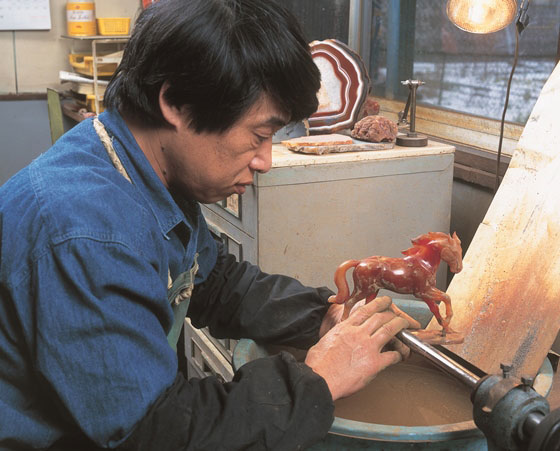