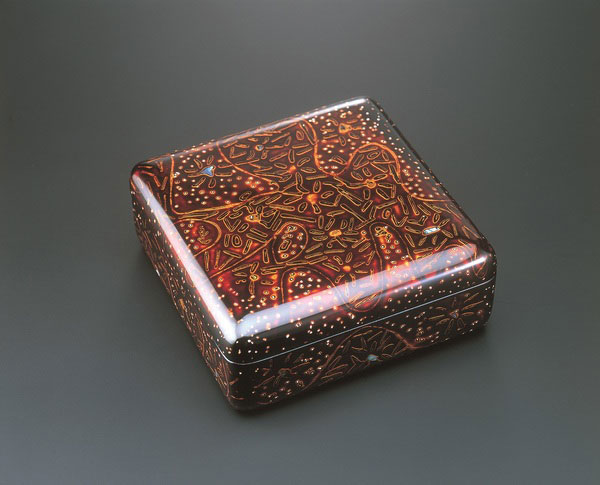 What is Wakasa lacquerware ?

Wakasa lacquerware (called Wakasa-nuri in Japanese) is produced in the area around the city of Obama, Fukui prefecture. It is said to have originated in the early Edo period (1603-1868) when a craftsman serving the Obama domain (now the city of Obama), which controlled the region near Wakasa Bay, created a design depicting the beautiful depths of the sea. Wakasa Bay is a picturesque area because as a ria coast made up of numerous small bays. A few of these locations are Amanohashidate, one of the Three Most Scenic Spots of Japan, and Kehi no Matsubara, one of the Three Most Scenic Pine Groves of Japan.
The defining elements of Wakasa lacquerware are the creation of patterns with eggshells, seashells, and pine needles and the use of the togidashi maki-e, a technique which is elevation of the pattern through applying multiple layers of lacquer. These features give this craft a unique and composed appearance. It is also prized artistically, unlike various other types of lacquerware that are more appreciated for functionality only.
Wakasa lacquerware is popular for daily use due to its durability against heat and water, with the chopsticks accounting for more than eighty percent of the lacquer chopsticks produced domestically. Another appealing aspect is that the entire production process is completed by a single craftsman, giving individuality for each piece. 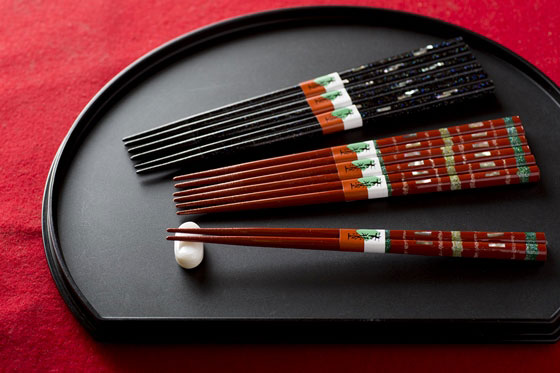 Wakasa lacquerware is said to have started around the years 1596 to 1615, when Sanjuro MATSUURA, a lacquer craftsman working for the Obama domain, designed and produced a lacquerware pattern based on the seabed of Wakasa Bay, using Chinese lacquerware as a reference. The improved version of this original prototype was called Kikuji lacquerware, from which Matsuura's disciples invented the isokusa lacquerware technique. The techniques that are being passed down to this day were perfected between 1658 and 1660. The lord of the Obama domain then named the craft, Wakasa lacquerware, and actively promoted production as a side job among lower class samurai, ashigaru.
Due to the support from a successive generation of lords, the production of this craft grew to a core industry that supported the economy of the domain. Numerous outstanding craftsmen emerged, leading to various new beautiful designs. The middle to late Edo period (1603-1868) is said to have been the golden age of Wakasa lacquerware, though it remained popular as a local specialty of the region even after the Meiji period (1868-1912). Today, craftsmen are researching ways to create new designs that will suit modern trends. 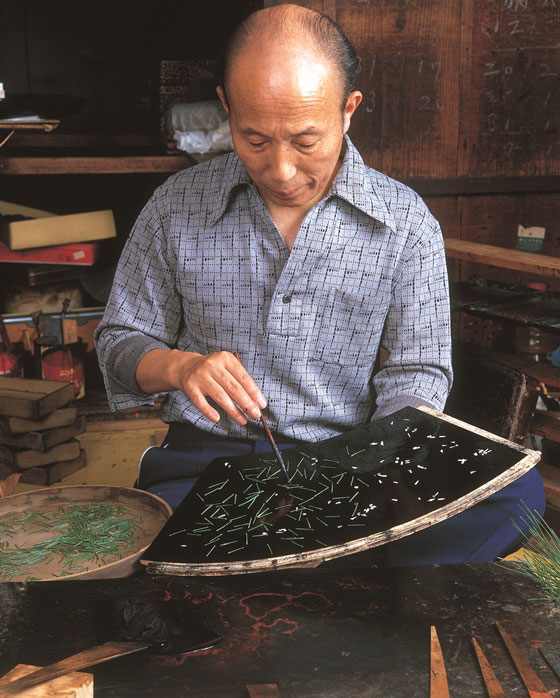