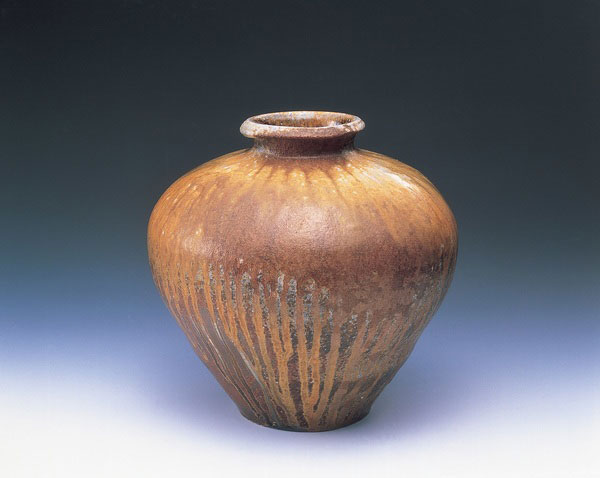 What is Echizen ware ?

Echizen ware (called Echizen yaki in Japanese) is a type of pottery produced in the town of Echizen, Fukui prefecture. This traditional handicraft comes from one of the Six Ancient Kilns of Japan which along with Bizen, Tamba, Tokoname, Seto, and Shigaraki, are the most outstanding Japanese kilns with traditions that remain even today. These ancient kilns began production from the Heian period (794-1185) to the Kamakura period (1185-1333).
Echizen ware is notable for being fired without the use of enamel and pieces are often not decorated either, resulting in a simple texture. One of the appeals of Echizen ware is its natural glaze that comes from firewood ash covering and dissolving into the pieces as they are baked at a high temperature. Therefore the pieces are a form of earthenware between pottery and porcelain, also called yakishime or semi-porcelain. Production has mainly centered around items used in everyday life, such as pots, jars, drinking containers, and tea utensils, as these dark reddish-brown vessels are thoroughly densified, strong and leakproof. 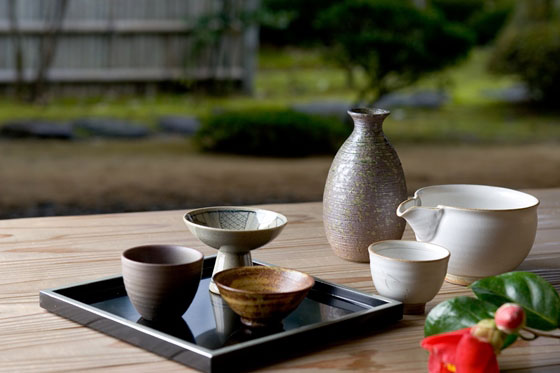 Echizen ware has an ancient history going back around 850 years to the late Heian period. Today, while there are productions using various new techniques, traditional and simple items remain the focus. Over time items for the kitchen came to be produced, including jars for water and grain storage, sake bottles for preserving alcohol and oil, as well as mortars.
In the latter part of the Muromachi period (1336-1573), cargo ships sailing on the Sea of Japan started transporting on a route that went as far north as Hokkaido all the way down to Tottori prefecture in the southwest. These ships carried merchandise from Hokkaido to Osaka, passing across the Sea of Japan and heading south through the Seto Inland Sea. Thus, Echizen ware was able to develop and spread throughout Japan. However, moving into the Meiji period (1868-1912), Japan modernized and the demand for jars and pots suddenly went down. Other ancient kilns had started to bake high-class items such as tea utensils during the Edo period (1603-1868), but Echizen ware was consistently producing generic vessels, exacerbating its decline. At last, thanks to postwar era research into ancient kiln remains, the historical value of Echizen ware was reexamined. The craft was revitalized when the Echizen Ceramics Village was established in 1970, which triggered a surge in the number of potteries and attracted a large number of tourists to the Echizen area. 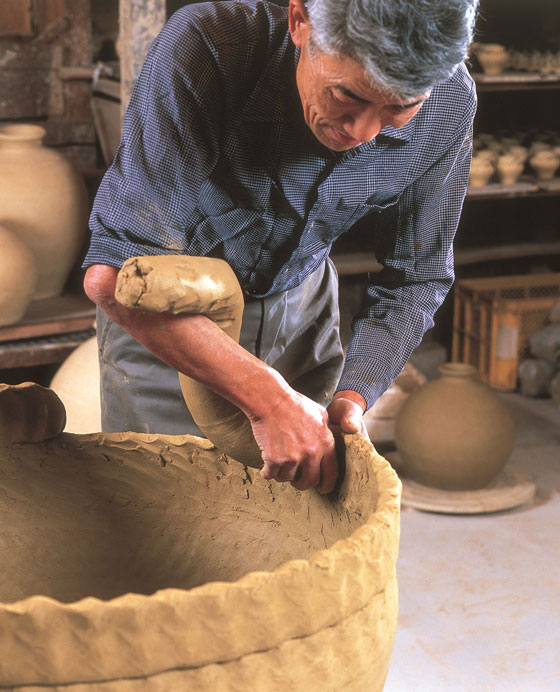