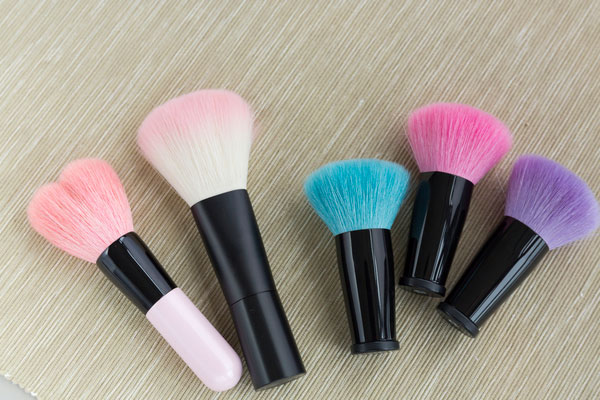 180 years of history and skills
All for the perfect brushes

What is Kumano brushes ?

Kumano brushes (called Kumano fude in Japanese) are traditional craftworks produced in the city of Kumano in Hiroshima prefecture, hence the name. They are made from a wide variety of hair including goat, horse, deer, Japanese raccoon dog, weasel, or cat. The shape of the brush tip is not cut straight but gently oscillated into a wooden mold, a distinctive characteristic of Kumano brushes. By making the best use of the natural properties for each type of hair, brushes with fine delicate tips with a moderate firmness are created. The only brushes that can claim to be authentic Kumano brushes are those with heads produced in the city of Kumano using the traditional manufacturing techniques such as using finely-powdered rice husk ashes to remove any trace of oil or binding the brushes with linen thread. Kumano is renowned for its government-designated traditional craft calligraphy brushes as well as the more recent production of paint and makeup brushes. Creating just one Kumano brush requires more than 70 production steps, most of them being handwork. To complete each process, years of training and experience is needed. It is especially difficult to select specific hair for a particular brush type and assemble them. Kumano is actively making an effort to train the next generations of brush makers in order to keep its heritage alive. 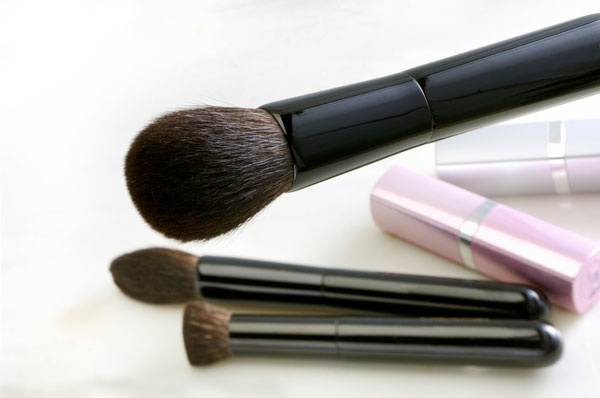 The history of Kumano brushes dates back to the late Edo period (1603-1868). Like many other rural communities, the chief industries of Kumano were agricultural, but being located in a basin with little arable flat land, during the winter seasons farmers worked as migrant workers in the Nara and Kishu regions. While on their travels it was common practice for them to peddle calligraphy brushes and inksticks. Then in the late Edo period, the three founding figures of the brush-making tradition appeared on the scene. The first, Tameji SASAKI, learned the art of brush-making in the Arima region in 1835 followed by Tsuneta OTOMARU in 1846. The third, Jihei INOUE learned his craft from a master in Hiroshima that same year. The trio passed on their brush-making techniques, which soon spread the seeds of the new industry. Backed by the Hiroshima domain administration, the new handicraft thrived. With the start of the Meiji period (1868-1912) came the introduction of a nationwide educational system, and production of calligraphy brushes increased to meet the expanding demand. However, the Second World War forced the suspension of production for a while. After the war, the art of calligraphy was no longer taught in schools, but manufacturers took the opportunity to add the production of paint and makeup brushes to supplement the slumped sales of calligraphy brushes. Later in 1958, calligraphy was put back on the school curriculum, which lead to the increase of demands for Kumano brushes more than before. In 1975, Kumano brushes were designated as a traditional craft, and in 2004 the brushes were registered as a collective trademark. Currently, Kumano brushes account for about 80% of the domestic brush production. 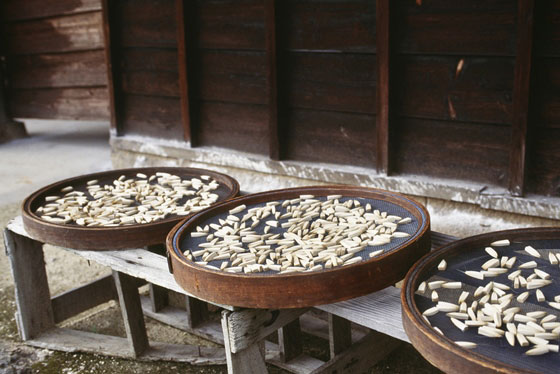 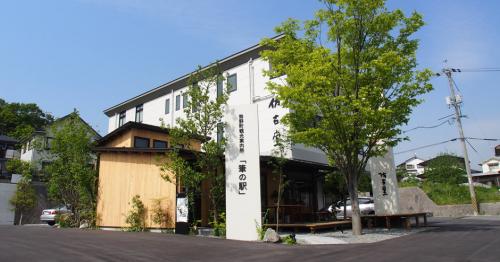 At Houkodou, we create writing brushes, paintbrushes, makeup brushes and traditional brushes with baby hair. Our goal is to expand the culture of brushes.
Elementary school and Junior high school students often come visit our atelier to learn about brushes. Visits and workshops are available for all too.

Our goal is to preserve the traditions and culture of Kumano brushes while creating new, original and unique items that will keep on satisfying our customers over the years. 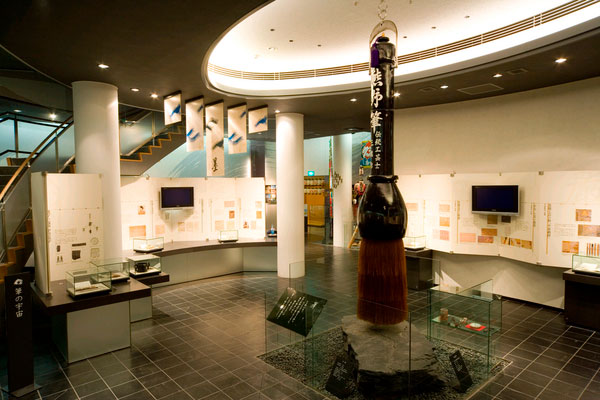