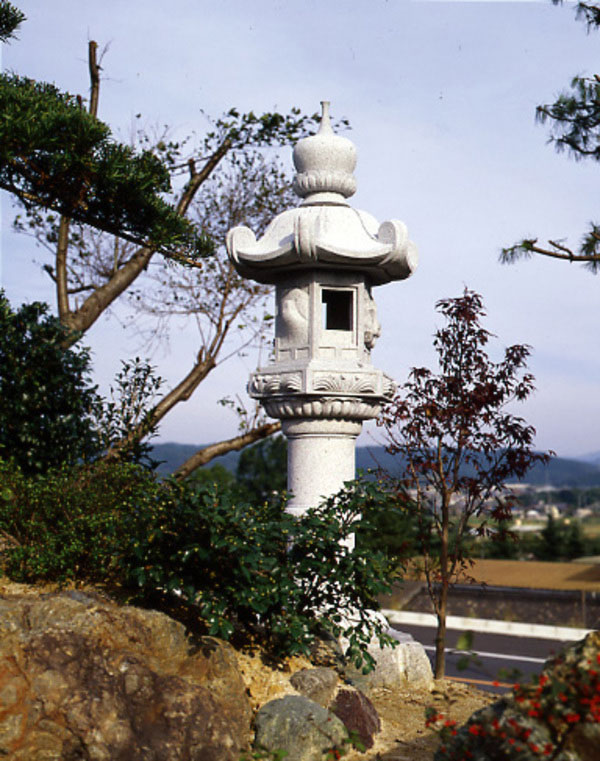 From master to apprentice, a 400 year tradition
of hand crafting stone to release its inner beauty

What is Okazaki stonemasonry ?

Okazaki Stonemasonry, called Okazaki Sekkouhin in Japanese, are stone crafts and gem carvings produced in the area around the city of Okazaki in Aichi prefecture. They are made using traditional masonry skills that were found and developed in the late years of the Muromachi period (1336-1573). The original stone lantern form was established in the Azuchi Momoyama period (1573-1600) and the easy acquisition of fine quality Okazaki granite supported the development of the masonry industry. Makabe in Ibaraki prefecture, Aji in Kagawa prefecture, and Okazaki in Aichi prefecture are known as the three major stone production areas in Japan. Each area produces its own characteristic stone. The Makabe region has a large variety of stone types and a high production volume because of its abundant and good quality granite. The stone from Aji has a very attractive mottled pattern unique to the region, and it is categorized as a world class stone. Okazaki Stonemasonry has a long history, and one of its characteristics is the abundance of stone with distinctive marbling such as Okazaki granite. Moreover, its masonry skills and techniques have been developed to such an extent that it is known as the stone capital of Japan, and in 1979, Okazaki Stonemasonry was designated as a Japanese traditional craft.

During the Azuchi Momoyama period, Yoshimasa TANAKA (1548-1609), the lord of Okazaki castle, brought skilled stonemasons from Kawachi and Izumi to construct walls and moats in the castle town. The unique techniques were refined by the stonemasons that stayed in Okazaki, as they made further developments and established the current form of Okazaki stonemasonry. Okazaki region became a leading stonemasonry area with their abundance of high quality granites. In the early days, there were only a few dozen of masonry workshops, but by the golden age after World War II, the number of stone production workshops expanded to 350, and stonemasonry became Okazaki's major local industry. The Yahagi River was an efficient means of transport, and contributed to the development of the industry. After World War II, when the Japanese economy was rapidly growing, mechanization increased drastically, and this increased the efficiency of production. This surely affected the stone crafts as well. In addition, the development of the automobile industry led to the expansion of the stone craft marketplace and consequently, a masonry housing complex was established. Today, a vocational training school passes down the traditional techniques of Okazaki stonemasonry.