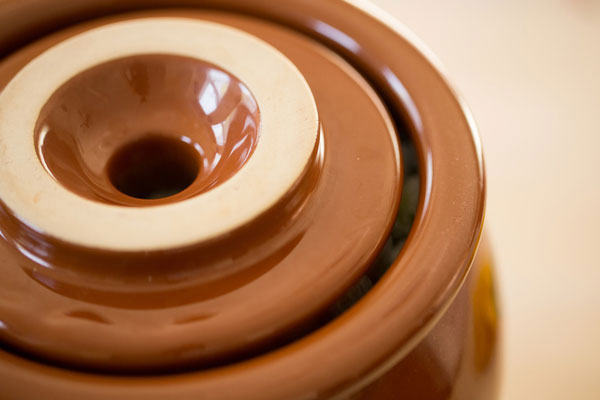 What is Tokoname ware ?

Tokoname ware (Tokoname yaki in Japanese) is a form of ceramic pottery that is produced in the area around the city of Tokoname in Aichi prefecture. This traditional craft comes from one of the Six Ancient Kilns of Japan. Along with Bizen, Tamba, Echizen, Seto, and Shigaraki, Tokoname is one of the most outstanding Japanese kilns with traditions that remain even today. Tokoname ware was created in the latter part of the Heian period (794-1185), making it an incredibly ancient form of porcelain. It uses potter's clay collected from the Chita peninsula, where Tokoname is located, which contains a large amount of iron. Its unique color is caused by the iron which makes the clay turn red after baking. This is called shudei (the unglazed reddish brown pottery). Various types of products like teacups and flowerpots have been produced, but small iron teapots are especially favored today because the iron is said to smoothen the bitterness and astringency of tea. There are many kilns on the hills of the Chita Peninsula in Aichi Prefecture, and since ancient times artisans have been working in them with traditional techniques. These artisans, who produce high quality products, have inherited their skills from a 1,000 year old history. They are still using traditional techniques such as hand twisted casting which has been used since the Heian period. Other techniques are yoriko tsukuri which is used when producing large items such as wide jars, pressing which is used when producing bonsai pots, and molding with an electric potter's wheel. 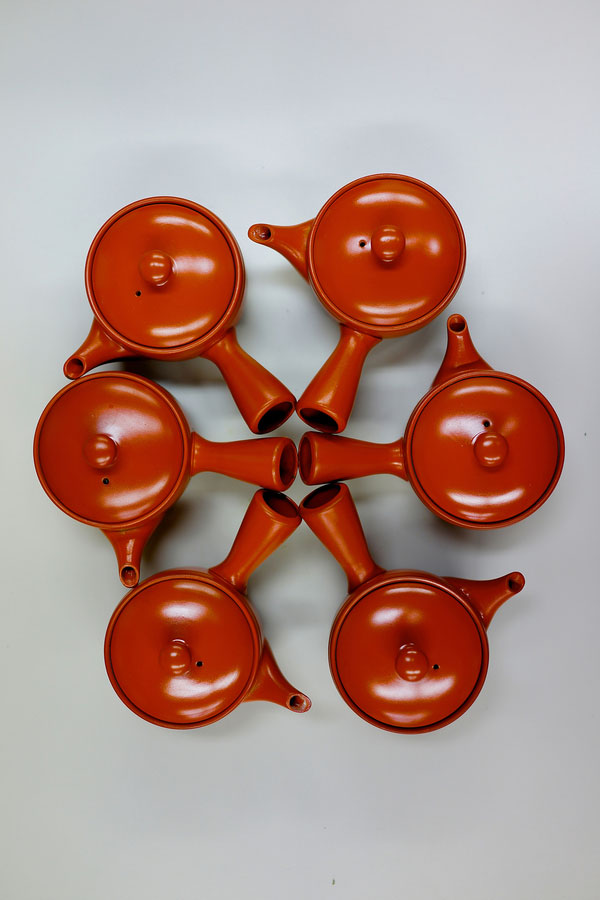 The origin of Tokoname ware goes back to the end of the Heian period (794-1185). It is said that at that time Tokoname had approximately 3,000 ascending kilns called anagama, formed by digging holes in the hillside. Tokoname was the biggest pottery producing area even among the Six Ancient Kilns of Japan. Tokoname ware products have changed quite a bit over the course of history as the products made during the Heian period are just a prototype of today's Tokoname ware. The main products were large containers like bottles and pots, but also small items such as teaware for tea ceremonies and vessels for flower arrangement as well as daily necessities of the Edo period (1603-1868). The reddish brown pottery, shudei tea utensils were produced from the end of the Edo period to the early Meiji period (1868-1912). The most popular small teapots of Tokoname ware were also first produced during the Edo period. During the Meiji period, modernization and influence from other countries changed the life style of Japanese people. As railroads started running, strong raw materials were in demand for waterway construction work between the lines, and demand for tightly packed Tokoname ware clay pipes increased accordingly. During the Taisho period (1912-1926), architectural Tokoname ceramics were in high demand and Tokoname ware building tiles became widespread. The techniques of Tokoname ware have been preserved over the generations and are nationally registered as traditional crafts. 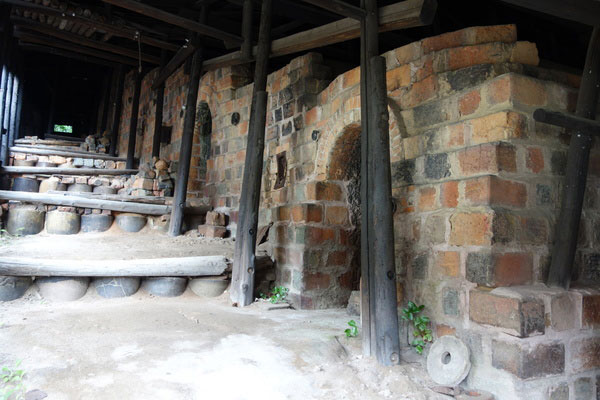 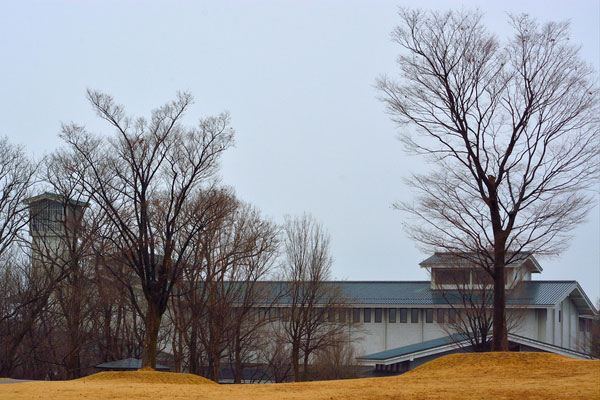