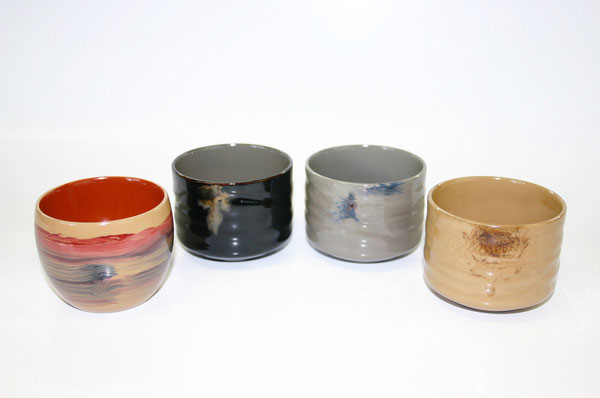 Made with Tohoku's abundant forest resources
Durable lacquerware for everyday use

Kawatsura lacquerware (called Kawatsura shikki in Japanese) is produced in the town of Kawatsura in the southern part of Akita prefecture. Everyday use items like bowls and trays have been produced here for a long time.
Kawatsura lacquerware has excellent durability while being reasonably priced. Among the production process steps of lacquerware, undercoating is important for making the wood strong. This involves repeating processes of charcoal application, in which a mixture of persimmon juice and charcoal powder is applied. Then it is dried, polished and persimmon juice is applied before it is polished again. Finally, an undercoating of raw lacquer is applied. It is the repetition of this work that gives Kawatsura lacquerware its durability. Also, the low production cost of persimmon juice and charcoal powder means that this durable lacquerware can be sold at a moderate price. Hananuri, an advanced finishing technique that produces a smooth surface by leaving the coating applied after drying, without polishing gives an affection to the product.
Today, bowls comprise around 60% of production, but there are many items that are adapted to modern life while retaining tradition, from small items to large furniture. 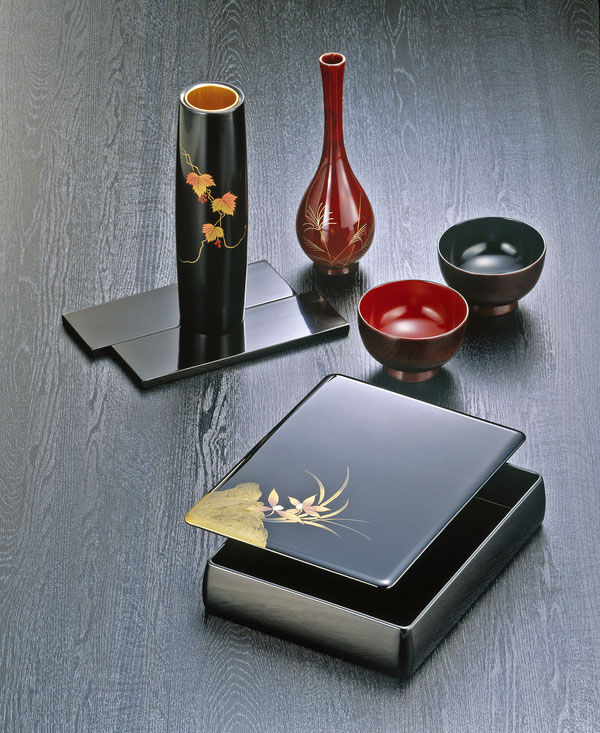 The history of Kawatsura lacquerware begins in the Kamakura period (1185–1333). It is said to have begun when Michinori ONODERA allowed peasants to use the abundant forest resources and lacquer trees for lacquering weapons as a side business. This activity started in Kawatsura, an agricultural town, because of the difficult life and poverty from having long, harsh winters.
Around the middle of the 17th century, lacquerware production began in earnest as a local industry. At that time, there was a record of twenty six houses around the village of Kawatsura running bowl production businesses. In the second half of the Edo period (1603-1868), items for daily use such as bowls, trays, and stacked boxes came to be widely produced, under the protection of the domain, and decorations such as chinkin (gold-inlay lacquerware) and maki-e (gold/silver lacquer) started to be applied. The market even reached other countries, expanding the industry even more.
Steady growth was achieved during the postwar slump and in 1976, Kawatsura lacquerware was designated as a traditional craft. Today, products are manufactured in a wide range of fields while maintaining the same excellent techniques and traditions. 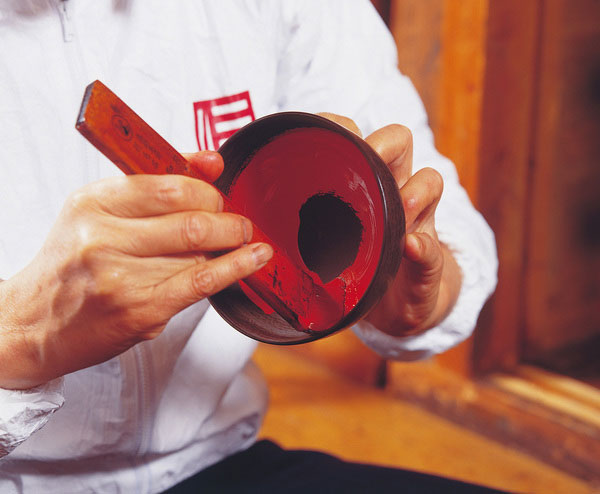 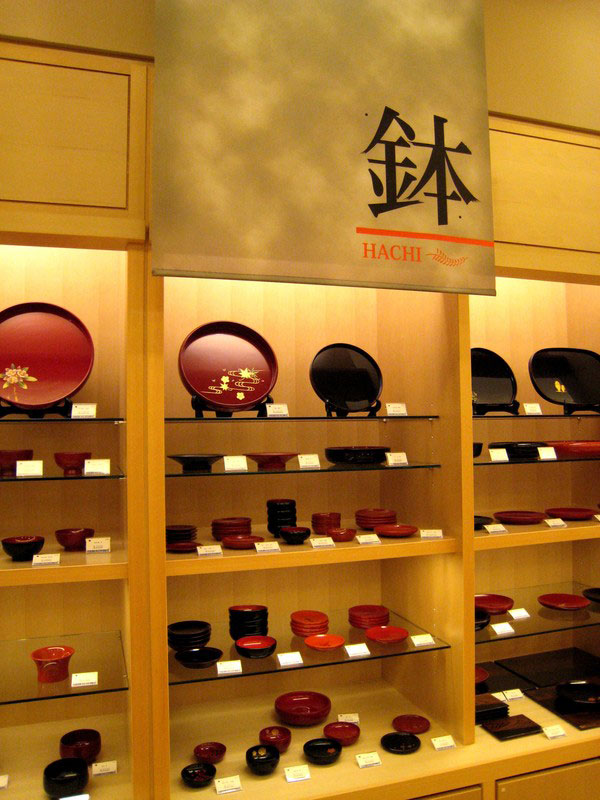 See items made in Akita