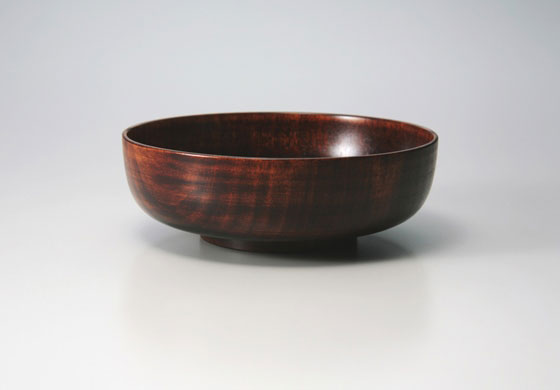 Joboji lacquerware (called Joboji nuri in Japanese) is produced in the town of Joboji in Iwate prefecture.
More than 98% of the lacquer used in Japan is imported from China or other countries. The Joboji area is known as the leading producer of domestic lacquer with 60% of all of Japan's current lacquer production.
What is notable about Joboji lacquerware is that it is made with lacquer produced in Joboji. Most items are black, vermilion, or light brown, have no decoration and finished with a quiet sheen.
The main component of the lacquer sap harvested in Japan, China, and Korea is urushiol, an oily mixture of organic chemicals found in the sap. A higher content of urushiol indicates high quality for the lacquer. While Chinese lacquer has about 60% urushiol content, and Japanese lacquer from other regions has just about 65%, Joboji lacquer contains about 70 to 75%. Joboji lacquer has been used for the restoration of important national cultural buildings such as the Kinkaku-ji Temple in Kyoto or Konjikido Golden Hall of Chuson-ji Temple in Iwate.
From ancient times, Joboji lacquerware has been widely used in the daily life of ordinary people. Pieces are sturdy with simple designs as they are made with everyday tableware use in mind. There is an old saying that the work of the artisan contributes 70% and the rest is done by the user, as with daily use and polishing, pieces develop a beautiful shine.

According to a local legend, the birthplace of Joboji lacquerware was Hachiyozan Tendai-ji Temple in Iwate prefecture. The temple was built by a Buddhist priest called Gyoki by command of Emperor Shomu in the year 728 and monks dispatched to build the temple introduced the lacquerwork techniques to make their own tableware. Later, the monks began offering their lacquerware to visitors of the temple. Along with lacquerware, the production techniques were introduced and the everyday ware used by common people, known as oyama goki, spread to the areas around Tendai-ji Temple.
In the Edo period (1603-1868), hakuwan, an elegant ware plated with gold, was produced to present to feudal lords. In the Meiji period (1868-1912), hakuwan went out of fashion, but demand for oyama goki and other lacquerware for ordinary people continued to increase.
After World War II, Joboji lacquerware production rapidly declined due to the spread of low-priced plastic items and imported lacquer. In 1975, however, the Industrial Laboratory of Iwate prefecture revived Joboji lacquerware with local lacquer tappers and lacquer coating artisans, and in 1985, it was designated as a National Traditional Craft. 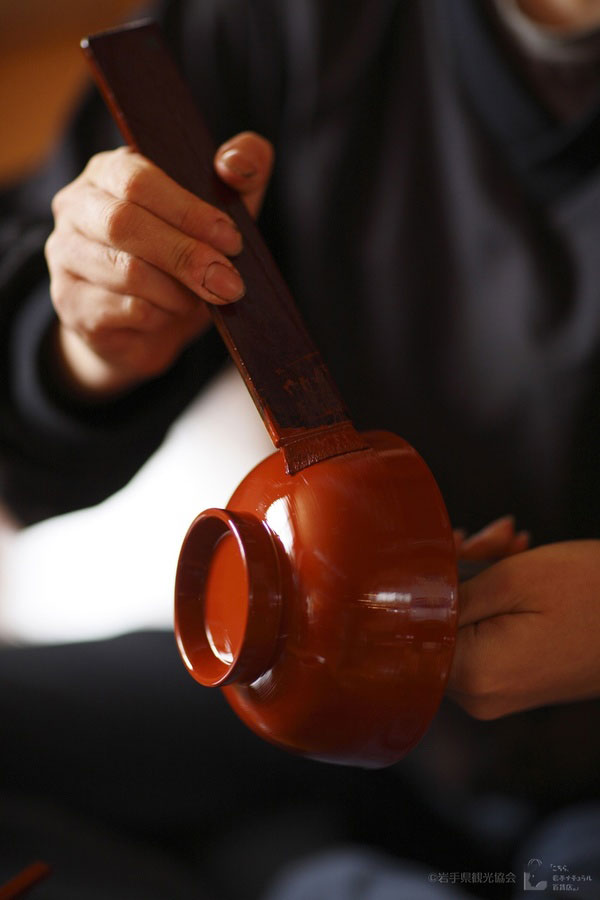 See items made in Iwate