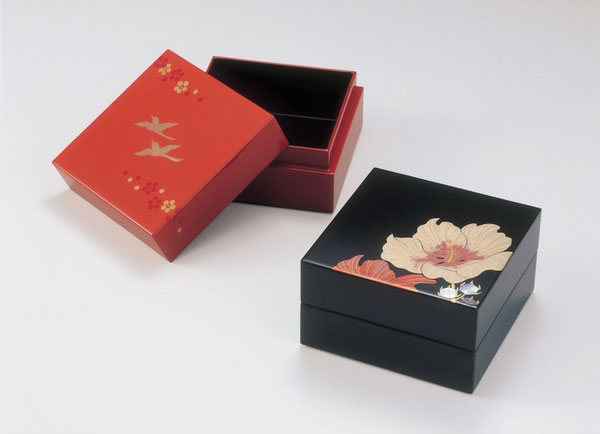 Delicate, wonderful, Kyoto-style gold and silver lacquer
The elegance of the aristocracy mixed with the strength of samurai warriors

What is Kanazawa lacquerware ?

Kanazawa lacquerware (called Kanazawa shikki in Japanese) is produced in the area around the city of Kanazawa, in Ishikawa prefecture. It was developed for the liking of feudal lords as it had the financial backing of the Kaga domain (present day Kanazawa). This domain was so large and wealthy that it was described as hyakumangoku, or having the ability to produce a million koku (180 litres) of rice.
This craft has unparalleled levels of quality and magnificence due to its use of maki-e, a lacquerware decoration technique in which designs are made by sprinkling powder of gold, silver, or other colors onto a lacquer drawing. While lacquerware is said to have originally been imported from China, maki-e first developed in Japan. The maki-e used for Kanazawa lacquerware in particular has brought together many of the maki-e techniques used today, including hiramaki-e (flat gold/silver lacquer), tokidashi maki-e (gold/silver lacquer polished to finish), takamaki-e (embossed gilt lacquer work), and shishiai tokidashi maki-e (a combination of takamaki-e and togidashi maki-e).
The reason for the diverse development of maki-e in Kanazawa is said to be the abundant use of lacquer for armor coating during the Edo period (1603-1868). The production process is subdivided among four types of artisans: maki-e masters, scabbard masters, utsubo masters, and lacquering masters. This is because emphasis was placed on both the strength and appearance of the small tools used by samurai warriors. It is thought that once peace had been achieved, symbolic samurai decoration was carried over from armor to items used in daily life which added variety to lacquering techniques. 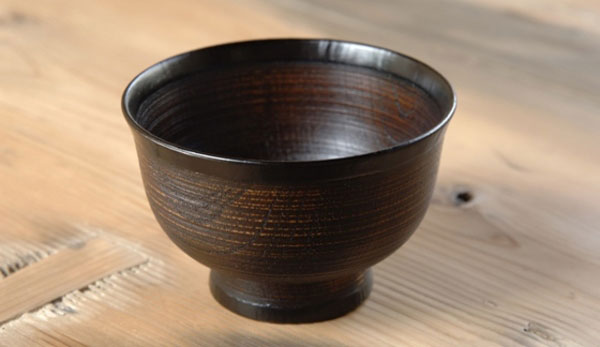 Around the year 1630, in order to appear less threatening to the Tokugawa shogunate (feudal military government), which was fearful about the power of the Kaga domain, resources were invested in fine arts to produce peaceful policy. Toshitsune MAEDA, the third-generation lord of the domain, brought skilled artisans from all over Japan to work as teachers. Douho IGARASHI, a leading maki-e master during the Azuchi-Momoyama period (1568-1600), developed Kaga maki-e. Then, the Igarashi school guided pupils under successive generations of lords, poured its energy into the training of young people, and laid the basis for Kaga culture.
Many famous artisans were active from the Edo period through the Meiji (1868-1912) and Taisho periods (1912-1926) and advanced lacquering techniques that are unique to Kanazawa lacquerware developed and blossomed. Few pieces survived the end of the Edo period due to a decline in the craft reportedly caused by the domain's eventual economic failure. However, this craft, which has existed for over two hundred fifty years, was reappraised during the economic revitalization that took place after the end of World War II. 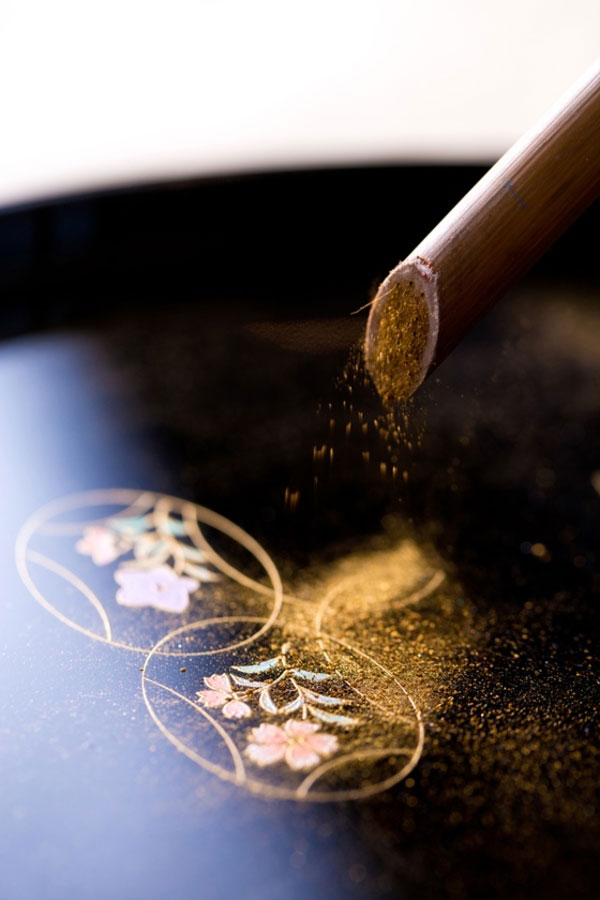