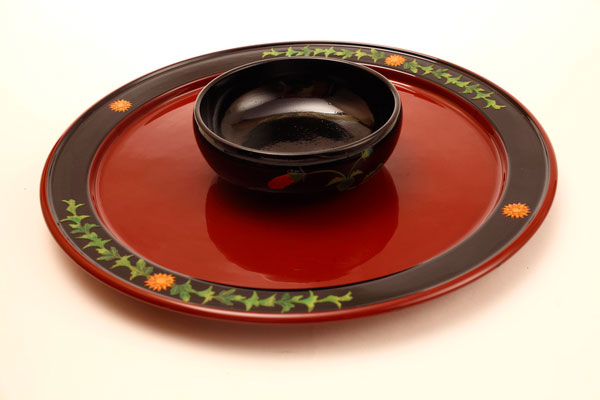 What is Ryukyu lacquerware ?

Ryukyu lacquerware (called Ryukyu shikki in Japanese) is produced in Okinawa prefecture. Lacquerware techniques imported from China were well-adapted during the development of Ryukyu lacquerware unique to Okinawa. The technology and artistry involved in this craft is praised not only in Japan, but also overseas.
This lacquerware has a great diversity of decorating techniques. Tsuikin (lacquer overlay), a uniquely Okinawan decoration technique, is based on a Chinese style called tsuishu (red lacquerware with raised designs) and gives items a three-dimensional appearance. Another popular technique is hananuri which has a contrast between traditional vermillion lacquer and black lacquer, creating a vivid brilliance. Alternative techniques are chinkin (gold inlaying), haku-e (foil lacquering) and raden (seashell flake inlaying).
Okinawa is greatly blessed with climatic conditions that are ideal for the production of lacquer, as it is possible to collect high-quality raw materials like Indian coral tree, Japanese snowbell, and Okinawan banyan tree. Ryukyu lacquerware has set itself apart due to favorable conditions as a production area and the great efforts of its artisans. 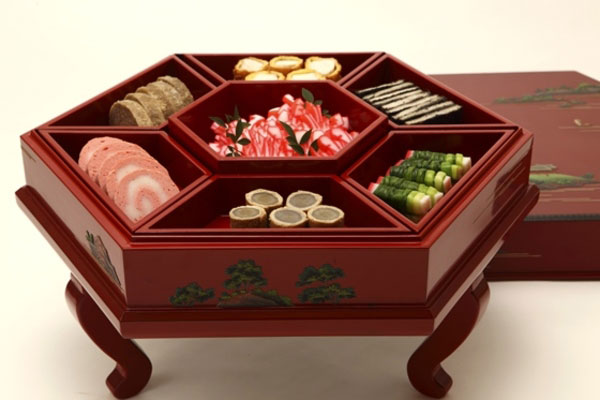 The history of Ryukyu lacquerware goes back to the 14th and 15th centuries, when Okinawa was the Ryukyu Kingdom. Trade with China was prosperous, so the techniques of lacquerware were brought from there.
In the 15th century, after the Ryukyu Kingdom became united, the Mother-of-Pearl Magistrate's Office was established in order to produce more lacquerware. In the Ryukyu region, where politics and faith were closely connected, lacquer ornaments and beaded necklaces were used in religious services and ceremonies. The descendents of Ryukyu samurai and royalty used lacquerware in formal places in order to forge a connection between people and gods.
When the Satsuma domain invaded the Ryukyu Kingdom in 1609, Ryukyu lacquerware was confiscated and presented to the lord, Ieyasu TOKUGAWA. With the advances of the Satsuma domain, diplomatic ties with Japan became stronger than ties with China.
Ryukyu lacquerware in the 16th to 17th centuries focused on the production of chinkin (gold inlaying) items with vermillion and green lacquer, and raden (seashell flake inlaying) articles with red lacquer. In the 17th to 18th centuries, there was a shift to finely detailed raden pieces using green turban (marine snail) shell on black lacquer. Then, during the 18th to 19th centuries, techniques such as chinkin (gold inlaying), haku-e (foil lacquering) and tsuikin (red lacquerware with raised designs) came to be used. With the annexation of the Ryukyu Kingdom and establishment of Okinawa prefecture in 1879, Ryukyu lacquerware started to be produced by private workshops and lacquerware companies.