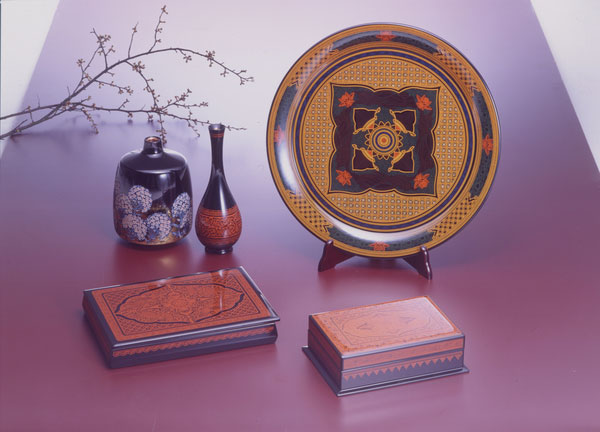 What is Kagawa lacquerware ?

Kagawa lacquerware (called Kagawa shikki in Japanese) is produced in the area around the city of Takamatsu, Kagawa prefecture. There is a wide range of products, such as cake boxes, trays, low tables, and display cases, which are widely popular for use in daily life.
The abundant variety of product types features beautifully elegant multi-colored lacquers. This lacquerware is resistant to breakages, has a mellow feel and a beautiful glaze that stays the same over a long period of time even with use.
The representative technique of this craft was established because of master craftsman Zokoku TAMAKAJI's studies of lacquerware imported from China and Thailand in the latter part of the Edo period (1603-1868). Ancient lacquerware techniques such as kinma and zonsei have been passed down to modern times and continue to be used. The name kinma is said to derive from the actual name of a Thai plant. This process involves filling line-engraved patterns with colored lacquer, one color at a time. The work is carried out repeatedly, and the surface is flatly polished once all patterns have been filled. Zonsei is a technique that was conveyed to Japan from Southeast Asia by way of China, and this process involves applying colored lacquer to lacquer surfaces that are black, red, yellow, or other colors, to line-engrave or draw with hairlines the outlines and main parts of pictures.

Kagawa lacquerware was protected by the administration of the Edo period, which contributed to its steady growth in terms of quality and production volume. In 1638, Yorishige MATSUDAIRA moved to Takamatsu to be the 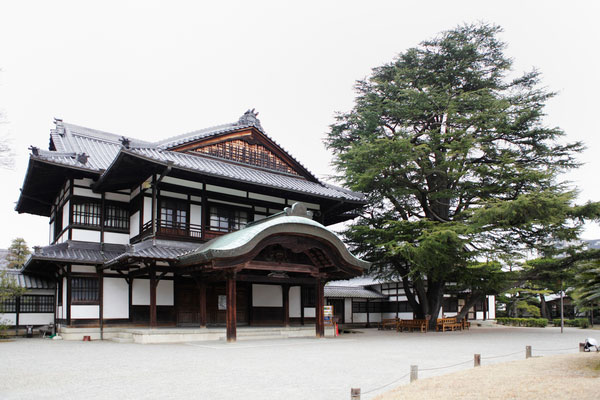 See items made in Kagawa