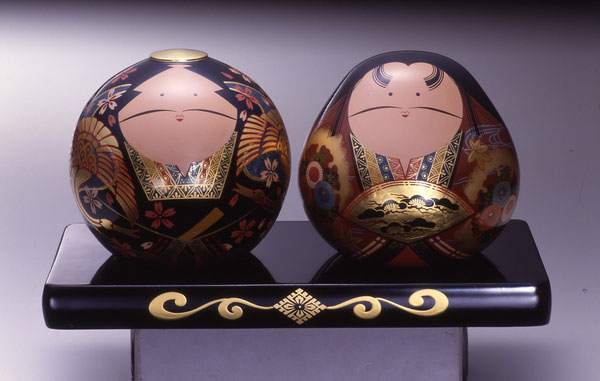 What is Ouchi lacquerware ?

Ouchi lacquerware (called Ouchi nuri in Japanese) is produced around the city of Yamaguchi, in Yamaguchi prefecture. This craft emerged under the Ouchi clan, which boasted significant influence and power in the region during the Muromachi period (1336-1573).
This lacquerware is decorated with elegant patterns of autumn flowers, like bush clovers and Japanese pampas grass. Colored lacquer is used to draw on a deep, austere vermilion base and gold leaf in the diamond shape of the Ouchi family crest is applied. As Ouchi lacquerware is coated with many layers of lacquer, it is durable and resistant to fading.
Apart from bowls and trays, Ouchi dolls are particularly famous and are popular as souvenirs. The story behind the design of these dolls is that Hiroyo OUCHI, the ninth head of the clan, had doll makers move to Yamaguchi from Kyoto and produce dolls for his residence in order to comfort his wife who was homesick for Kyoto. These dolls have round faces, almond-shaped eyed, and puckered lips, and are always in a pair. They are widely loved as a symbol of matrimonial happiness. 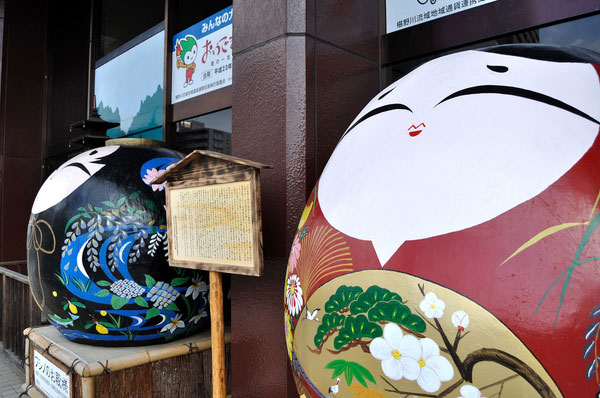 This craft is said to have started in the late 14th century when the Ouchi clan invited lacquer craftsmen from Kyoto to produce lacquerware in Yamaguchi. The Ouchi clan, took up residence in Yamaguchi, modelled city building after Kyoto because of their admiration, and promoted cultural development and trade with China and Korea. As a result, a unique culture named Ouchi culture, which was a blend of Kyoto, Chinese and Korean cultures, arose in Yamaguchi. The production of Ouchi lacquerware flourished during this time and become one of the most important exports to China and Korea.
Unfortunately, due to the trade with China and Korea ending after the destruction of the Ouchi clan and the successive clan moving to a different city during the Edo period (1603-1868), the production of quality lacquerware ended. However, the discovery of Ouchi-wan, a set of luxurious lacquer bowls from the Ouchi era, among the Mori clan’s collection during the Meiji period (1868-1912) sparked the revival of the craft, with the bowls used as reference. Also, the term Ouchi-nuri started being used during this time. The first Ouchi dolls were created at the Yamaguchi Prefectural Industrial Technology Institute during the Taisho period (1912-1926), and became an integral part of the craft. 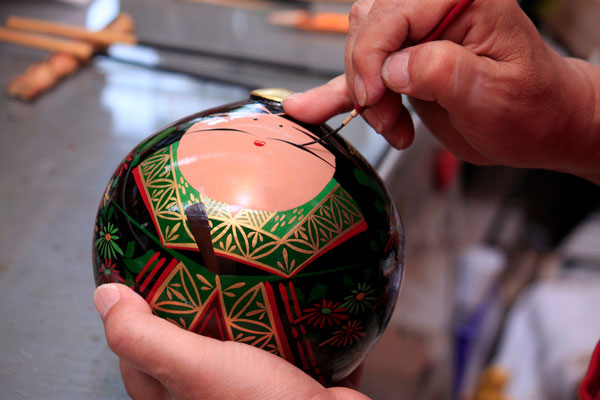 See items made in Yamaguchi