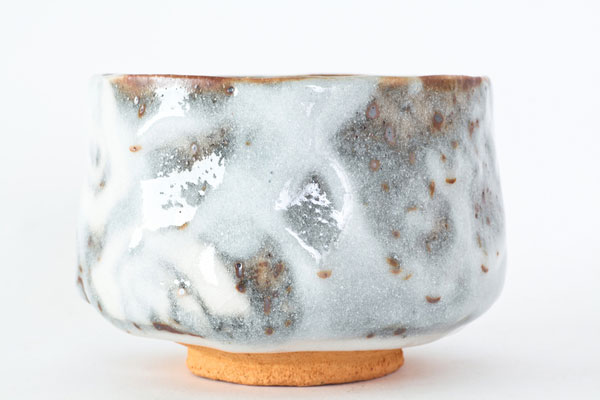 Using this elegant porcelain
will build its character for the best

What is Hagi ware ?

Hagi ware (called Hagi yaki in Japanese) is a form of porcelain produced mainly in the city of Hagi in Yamaguchi prefecture. Hagi ware is rarely decorated, remaining as simple as possible to make the most of the features of the clay. This simplicity creates a unique texture where no two Hagi ware items are the same. The individuality of this porcelain is produced by deep cracks in the clay expanding and contracting the enamel. This results in variations and color changes on the pottery's surface called "the seven disguises" (nanabake). Hagi ware also changes color during its firing, bringing it an unpredictable final touch. Hagi ware is often used for tea bowls that typically have a notched foot. The notched foot design was brought to Japan by the Korean Joseon dynasty (1392-1897) which is also the origin of Hagi ware. There are various theories about the purpose of the notched foot but for Hagi ware, which is otherwise not decorated, they are an important component that changes the whole look of the pottery. Hagi ware uses a clay made of three different soils (daidou, mishima and mitake) which are all extracted from different places. This clay does not shrink much when firing and has a nice texture with excellent heat retention, which is why it is chosen for producing tea ware.

The history of Hagi ware goes back to the year 1592, during the Azuchi-Momoyama period (1573-1600) and the Japanese invasion of Korea ordered by Hideyoshi TOYOTOMI (1592–1598), who governed most of Japan at that time. The culture of the tea ceremony was given great importance at that time, and the Korean dynasty of Goryeo (918–1392) had produced highly prized tea ceremony bowls. Toyotomi instructed the feudal lords to bring back Korean potters to teach their knowledge in Japan, and as a result many potters moved from Korea to Japan. In 1604, at the beginning of the Edo period (1603-1868), potters Ri Shyakko and Ri Kei moved to Hagi from the Korean Joseon dynasty (1392-1897), having been brought by Terumoto MORI, who would later go on to found the Hagi domain, and it is said that the roots of Hagi ware lie in the kilns that they built. At first, the techniques used for the Goryeo dynasty tea bowls were kept unchanged, but various schools with different techniques and designs were later created. There was also a reappraisal of traditional culture in the latter part of the Meiji period (1868-1912) and a new style was produced by Kyuusetsu MIWA. Moving into the Taisho period (1912-1926), Hagi ware was so popular that it became a preferred type of pottery by Japanese tea ceremony experts who use an expression that goes, "First Raku, second Hagi, third Karatsu". Rapid economic growth in the postwar period led to the continued development of Hagi ware and in 1957 it was nominated for selection as an Intangible Cultural Asset. Also, recognition as Living National Treasures was accorded to Kyuuwa MIWA (a descendant of Kyuusetsu MIWA) in 1970 and to Jusetsu MIWA (the son of Kyuuwa MIWA) in 1983. Living National Treasure is a title bestowed by the government to groups or individuals who possess skills that are indispensible to produce cultural heritage such as traditional crafts or performance traditions like kabuki theater. Finally, it was designated as a traditional craft in 2002. 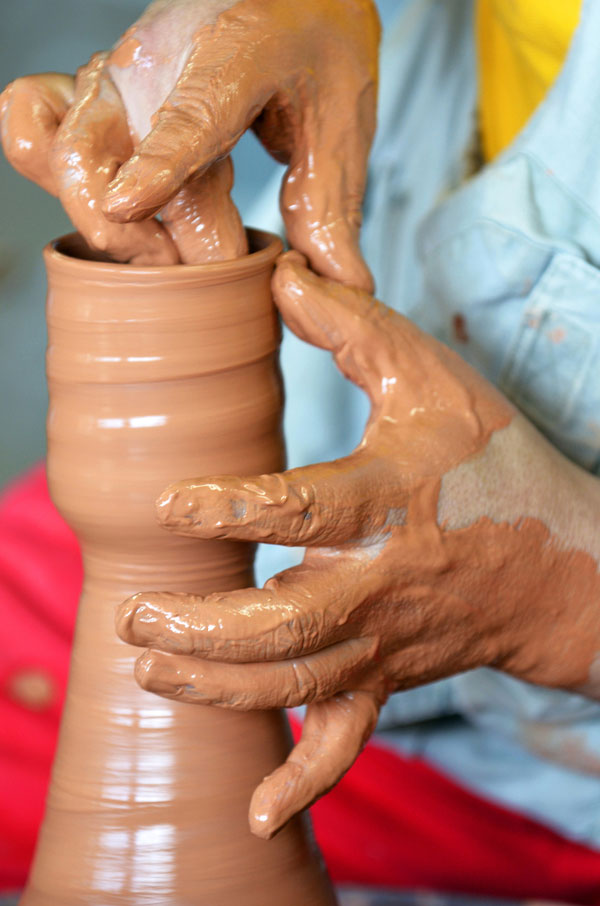 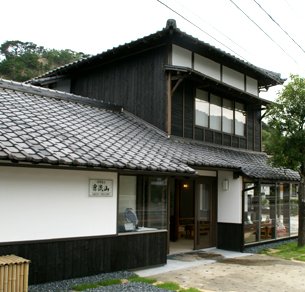 From choosing the clay to the firing, all the creation steps are handmade by our artisans.
We use traditional techniques to create deep and meaningful items.

See items made in Yamaguchi