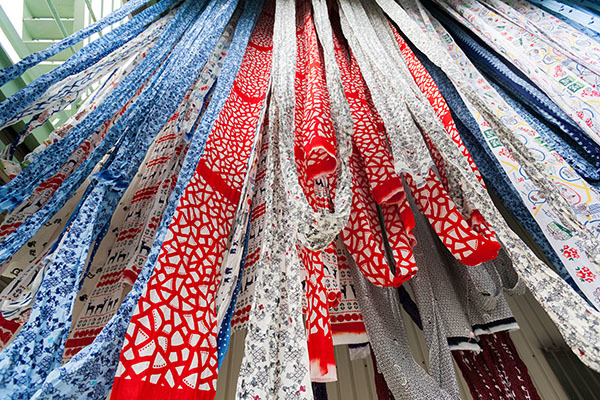 What is Naniwa Honzome Hand Dyeing ?

Naniwa Honzome Hand Dyeing is a traditional Japanese dyeing method, of which products are mainly produced in Sakai and Kashiwara, Osaka Prefecture. Osaka was a large producing center of Japanese hand towels called tenugui since the Edo period (1603 - 1868), and Naniwa Honzome was developed in the Meiji period (1868 - 1912) to mass produce patterned tenugui. The dyeing method called chusen is done by applying resist paste onto the cloth based on the pattern, then folding and repeating the process, and finally pouring in the dye. As the dyeing is done on both the front and back sides, the same patterns are dyed in the same color on both sides of the product. A craftsman specialized in applying the resist paste, adjusts the frame, applies the resist paste based on the pattern, folds the cloth and repeats the process. As the applying of resist paste determines the dyeing of the patterns, this is a very important process. Next the dyeing craftsman called tsubondo dyes the cloth by making mounds of resist paste to dye different colors as well as making gradations of colors. The traditional colors and appearance can only be created by this unique hand dyeing method, and these techniques have been passed down from generation to generation as Naniwa Honzome up to this day. 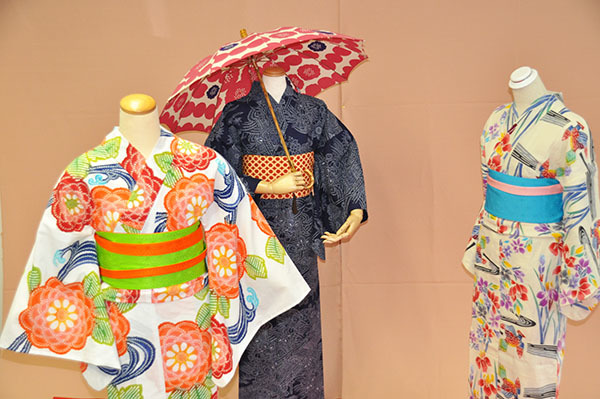 The production of wazarashi, the base bleached cotton cloth, for Naniwa Honzome, began in the 17th century near the Ishizu River around Tsukuno and Kena in Sakai, Osaka. This area had water essential for producing wazarashi, as well as a large tract of land to dry and bleach cloth in the sun. It was also a place where the cotton fabric produced in the southern parts of Osaka passed through when they were transported to wholesalers in Osaka. Around 1887, the dyeing techniques that became the base of the current Naniwa Honzome, started. The artisans invented new techniques such as dyeing various colors, gradation and hosokawa, which is using two patterns to make a complicated three dimensional design, and developed their dyeing method to create traditional colors and appearance that can only be achieved by hand dyeing. Production of informal cotton kimonos, yukata, using this dyeing method spread throughout the country, and today, other than tenugui and yukata, aloha shirts, coasters, parasols and other various daily goods are produced using this dyeing method. 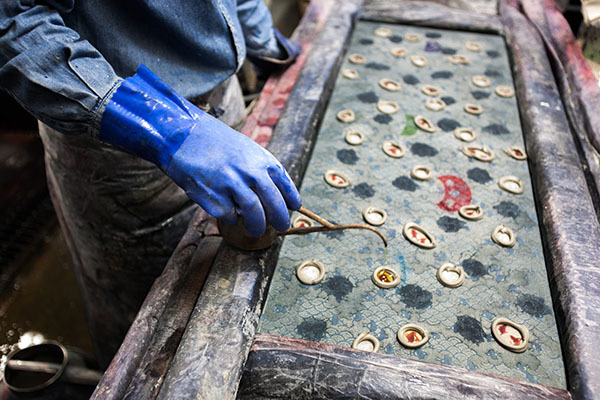 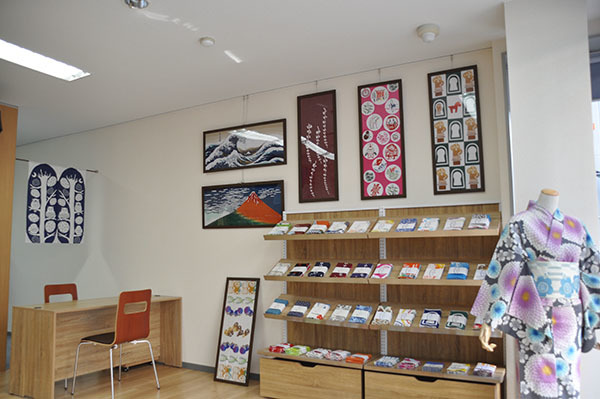