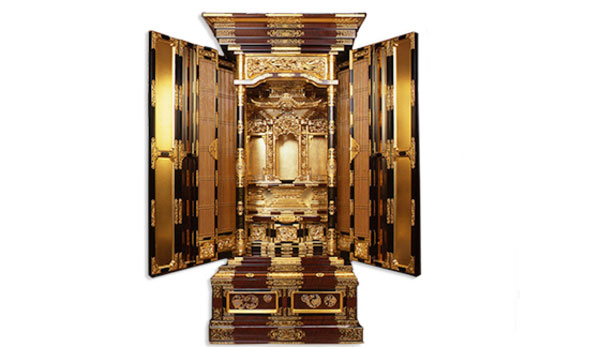 What is Yamagata Buddhist altar ?

Yamagata Butsudan are Buddhist altars mainly made in Yamagata City, Tendo City, Obanazawa City, and Sakata City, Yamagata Prefecture, which distinguishes the prefecture as the largest center of altar production in the Tohoku region. Kichibei HOSHINO, who learned sculpture techniques in Edo (current Tokyo) during the Edo period (1603 - 1868), started to produce Buddhist altar fittings and transoms in Yamagata, setting the stage for Yamagata Butsudan. The basin structure brought about a vigorous growth of urushi work in Yamagata, and the second Kichibei, Hirotaka, started altar production with expert craftsmen in urushi work, Maki-e work and metalwork. Yamagata Butsudan is characterized by its robustness harmonized with the warmth of wood and urushi lacquer. A coating is applied to the zelkova or kalopanax woodgrain board on the front of the altar wooden base to enhance the grain effect of wood, which gives the altar an aura of beauty and magnificence. Gorgeous decorative patterns, such as a heavenly maidens, chrysanthemums and birds, grace the arabesque-designed transoms and pillars, and specially-treated black fittings are adopted as ornamental fine metal. With an ancon and square framing, the elegant inner sanctuary offers an enchanting beauty in repose. Today, the area of Yamagata Butsudan production is striving to cultivate new demands for new Buddhist altars to suit a modern house and space. 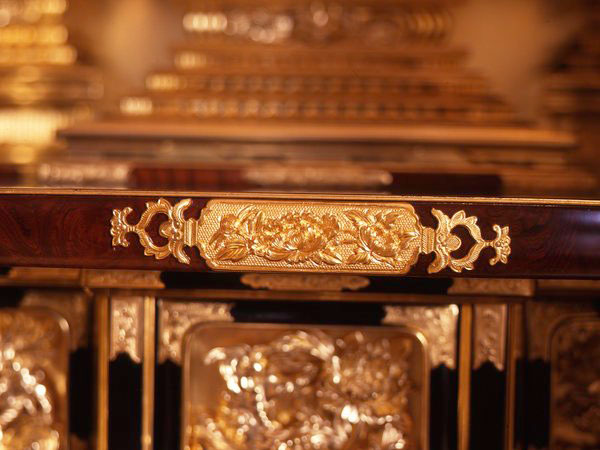 With abundant forest resources, woodwork took root, and high-quality urushi lacquer from the surrounding mountains paved the way for the urushi industry in Yamagata. In the Edo period (1603 - 1868), safflower trading began as the waterway traffic developed on the Mogami River, and culture and techniques were introduced from Kyoto and Osaka. As a result, the skills of artisans in Yamagata were enhanced to a higher level. Overlooking the spectacle of the three mountains of Dewa, Yamagata was a deeply religious place. Kichibei HOSHINO, who learned sculpture techniques in Edo (current Tokyo), handed those techniques down to Yamagata through production of Buddhist altar fittings and transoms, setting the prosperous stage for Yamagata Butsudan. In the Meiji period (1868 - 1912), Buddhist altar production developed as an important local industry. The production processes were divided, and specialized artisans were responsible for each process. This enabled mass production. Although our life styles and demands have changed, Yamagata Butsudan continue to produce golden Buddhist altars, maintaining its premium quality and uniqueness as the expert artisans enhance their skills while carrying on the tradition. 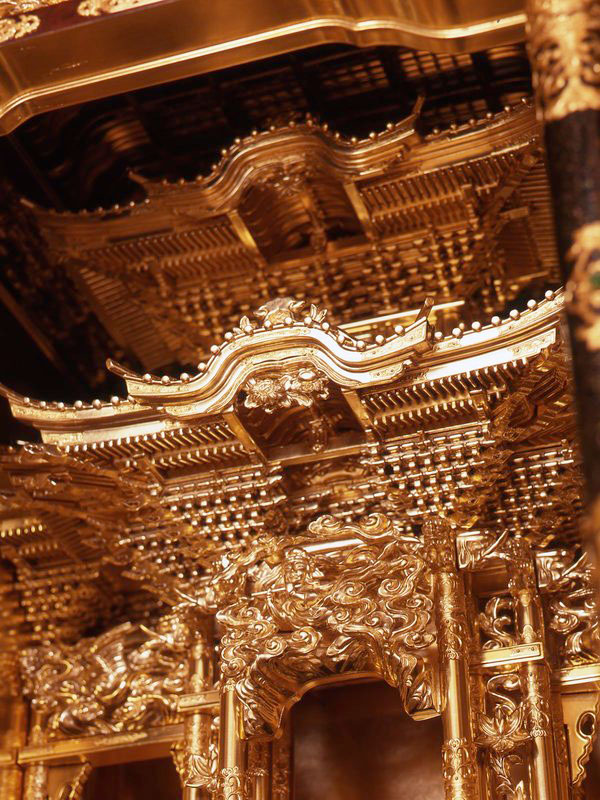