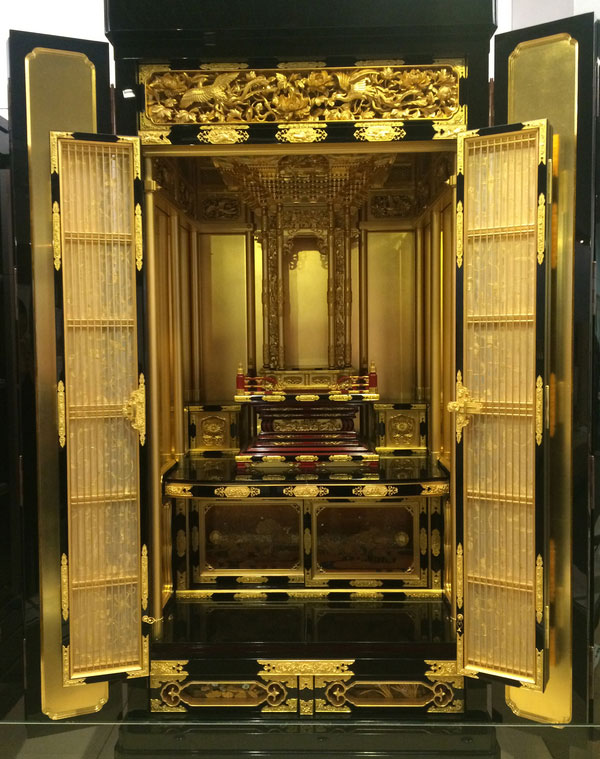 What is Kyo Buddhist altar ?

Kyo Buddhist Altars (called Kyo Butsudan in Japanese) are produced in the cities of Kyoto and Kameoka in Kyoto. Most Kyo Buddhist Altars are made for temples instead of households. They are professionally handcrafted by a number of respective expert craftsmen. It is said that there are approximately forty craftsmen to build a single altar. The whole production is divided into many processes, and highly skilled specialists for each process build the Buddhist altar. This is why Kyo Butsudan is valued highly not only within Japan but also overseas. This production system where many artisans are engaged enables them to build large Buddhist altars for temples, and is the reason why they have a dominant position in temples across the country.