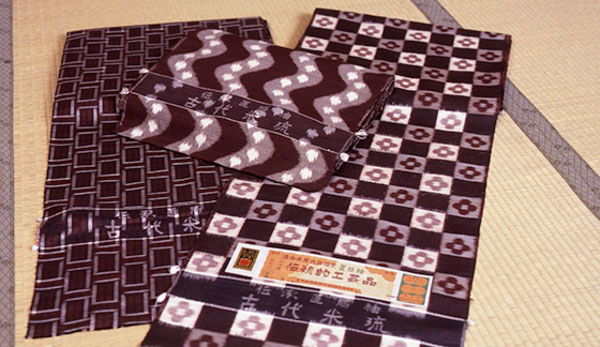 What is Oitama tsumugi silk ?

Oitama tsumugi is a silk fabric produced in the Yonezawa, Hakutaka and Nagai regions of Oitama in southern Yamagata prefecture. The area was well-known for producing and exporting ramie, a tall plant of the nettle family that has been used to make fabric for centuries, since the beginning of the Edo period (1603-1868). From the end of this period, efforts were made to establish self-sufficient fabric production. Then, the use of ramie came to be replaced by locally produced mulberry silk and the region shifted to silk fabric production.
The techniques and methods for Oitama tsumugi vary based on the region, whether it is Yonezawa, Hakutaka or Nagai. Yonezawa is known for using natural dyes like safflower (the prefectural flower of Yamagata), indigo and silvergrass. Hakutaka uses itajime or a wooden board resist dying method, which is unique to the area. Also kasuri patterns* were strongly influenced by fabric produced in Okinawa. Each region has differing production processes but they all use the same techniques of dyeing before weaving and plain weaving, which is labor intensive.

* Kasuri patterns are the precise patterning and images that result from a technique of wrapping fibers with thread in order to dye specific threads of fabric. 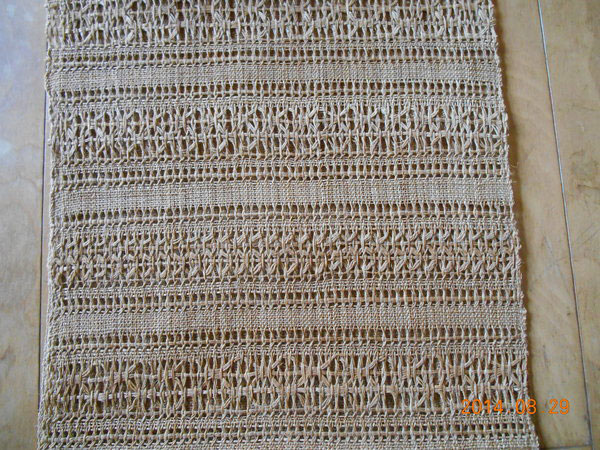 Farmers in Yonezawa cultivated ramie and safflower plants during the early Edo period. In 1601, Kagekatsu UESUGI, the lord of the Yonezawa domain (modern day Yamagata), encouraged his subjects to cultivate them as exclusive products of the region. They were shipped to Echigo (now Niigata) and other regions as raw material for producing fabric. In 1776, Yozan UESUGI (ninth lord of the Yonezawa domain) started inviting artisans from Echigo to help with starting a fabric production industry by teaching weaving techniques to the local women.
At first, the textile was produced from ramie but the reformation of the domain encouraged more sericulture, and production gradually shifted to silk fabrics. Furthermore, in the Meiji period (1868-1912), silk fabric production spread to the nearby regions of Hakutaka and Nagai, which also had a successful silk industry. The advanced technique of making kasuri patterns was introduced and taught in these regions. Yoneryu kasuri and Itajime kogasuri became well known throughout Japan between the Taisho period (1912-1926) and the early Showa period (1926-1989). From 1976, the three regions unified their fabric production and the techniques of Kusakizome from Yonezawa, Yokoso kasuri and Tateyoko Heiyo kasuri from Nagai, and Itajime kogasuri from Hakutaka have been known as Oitama tsumugi. 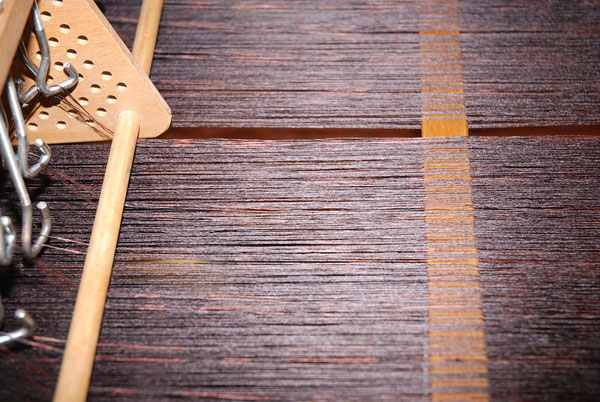