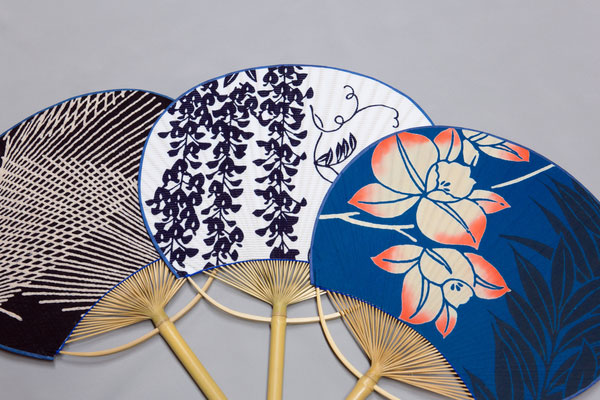 What is Boshu uchiwa fans ?

Boshu uchiwa is a type of fan made in the areas around the cities of Tateyama and Minamiboso in Chiba prefecture. This is one of Japan’s big three uchiwa types, with the other two being Marugame (Kagawa prefecture) and Kyo uchiwa (Kyoto prefecture).
What makes Boshu uchiwa distinct from the other kinds of uchiwa fans is the use of a maru-e pattern with small bamboo, rather than an odakehira-e pattern with large bamboo, odake, like in Marugame uchiwa or the later insertion of patterns into the surface like in Kyo uchiwa. A maru-e pattern is when a medake bamboo around 1.5 cm thick is cut into sixty-four parts to produce the framework or bones. The bones are then tied together with threads to make a folding fan, which causes a lattice pattern to appear in the semi-circular part of the fan.
For a long time, traditional ukiyo-e prints and drawings of feminine figures have been used as the patterns for Boshu uchiwa fans. Recently, though, there has been an increase in folk craft patterns and the application of materials such as yukata and maiwai fabric.

*Medake is a type of small, wild bamboo that is collected when at its driest during the cold season (October to January) from the mountains of the Boshu region while odake is a larger, thicker bamboo. 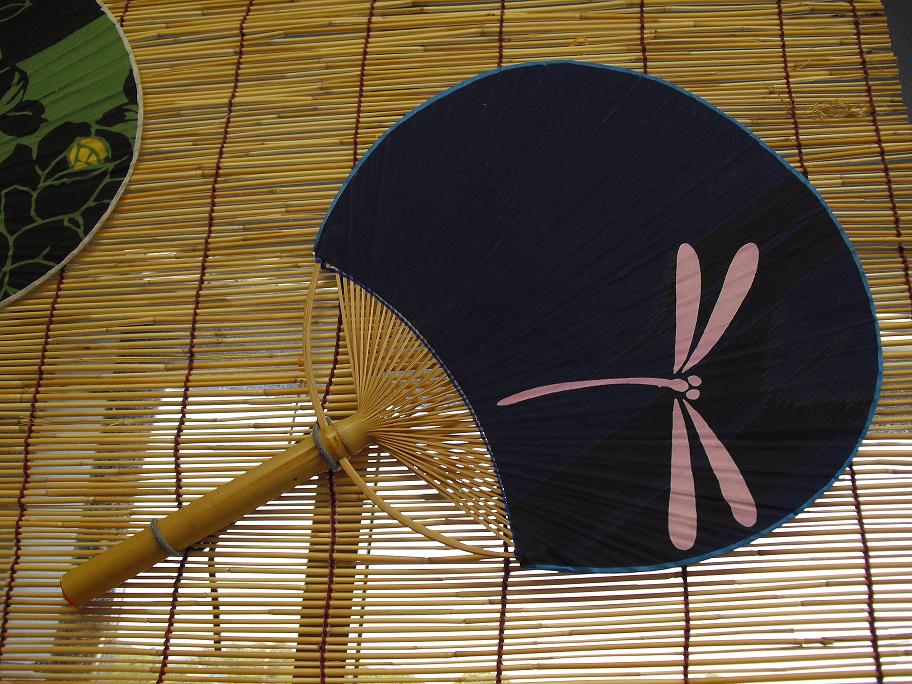 Uchiwa fans were first produced in the Kanto region between the years 1781 and 1788. Boshu was an area where good quality medake bamboo was grown, but uchiwa fans were not yet produced there in the Edo period (1603-1868).
There are two theories about the beginning of uchiwa production in Boshu. According to a regional document issued by Chiba prefecture in 1911, production began in Nako-machi (presently the city of Tateyama) in 1877. Meanwhile, another document issued in 1918 states that production began with the hiring of artisans from Tokyo by Sougorou IWAKI in Nako-machi in 1884.
From the Meiji period (1868-1912) through to the Taisho period (1912-1926), fan frameworks or bones were produced in Boshu and finished as Edo uchiwa in Tokyo. Boshu uchiwa began in 1921, when Torakichi YOKOYAMA, an uchiwa wholesaler in Nihonbashi, Tokyo, built a factory in Funakata, Chiba prefecture where medake bamboo was being shipped from, and attempted integrated production of every part from fan bones through to the finished product. Then, due to Tokyo’s uchiwa factories being catastrophically damaged in the Great Kanto earthquake of 1923, full-scale production of fans commenced in Funakata. 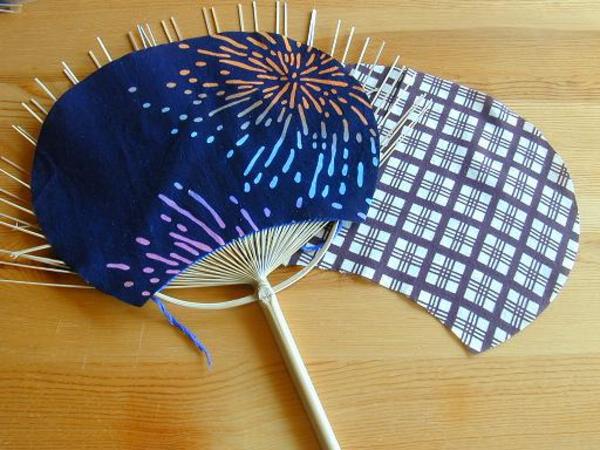 See items made in Chiba