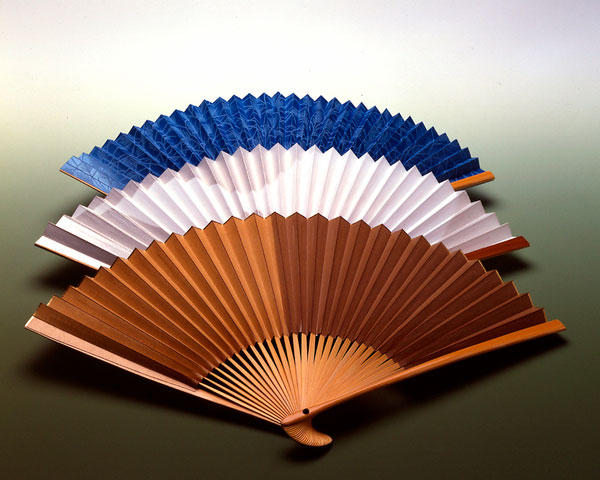 87 steps to create this masterpiece
A part of Noh theater, wedding ceremonies and outdoor events

What is Kyo folding fans ?

Kyo folding fans (called Kyo sensu in Japanese with sensu meaning folding fan) are mainly produced in Kyoto. From ancient times they have been valued as high quality art works because of their beautiful designs with gold or silver leaves or gold lacquer (maki-e). Kyo folding fans are mainly made of carefully selected bamboo and paper or silk. The type of bamboo used is light and flexible which makes it ideal for the fan ribs.
Kyo folding fans are notable for their wide variety of styles that are suitable for a range of occasions whether it is a wedding ceremony or just everyday use. To name a few, there is hiogi made by stacking many thin Japanese cypress wood slats, kawahoriogi (literally a "bat's wing") made by pasting Japanese traditional paper (washi) on five to six thin ribs, maiogi used on the Noh stage (a traditional Japanese musical play), chaogi for tea ceremonies, and shukugisen for any official ceremonies or events. Kyo folding fans are categorized into two types: hariogi (pasted fan) and itaogi (plated fan) based on materials and manufacturing methods . For hariogi fans there is a kamisen (paper fan) and a kinusen (silk fan), while itaogi is made by stacking thin slats of an aromatic tree like white sandalwood.
The main common point between each of these types is that they all require a large number of artisans involved in the production of a single fan. It is said there are about 87 production processes which each require craftsmanship and time. Kyo folding fans are not only carefully handcrafted and beautiful, but they are also useful in daily life, flexible from pliable fan ribs, and ideal for gentle breezes. 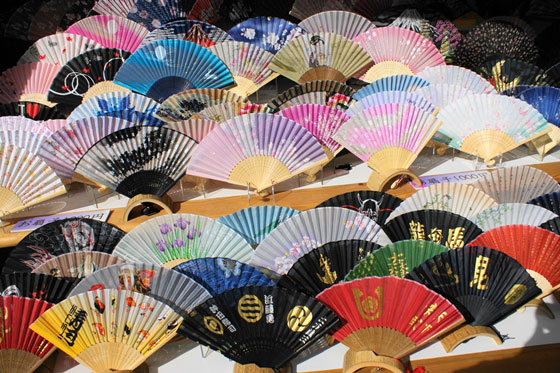 It is thought that the first Kyo folding fans were derived from long, thin wooden tablets called mokkan dating from the early Heian period (794-1185). A folding fan discovered inside a Buddhist statue in Toji Temple, Kyoto, is considered to be Japan's oldest fan. The fan was a hiogi and inscribed with the characters "the first year of the Genkei period" or the year 877.
In the middle of the Heian period, kawahoriogi became popular as summer fans while hiogi were made for emperors and princes. During the Muromachi period (1336-1573), Japan was influenced by Chinese fans and kamisen which are made of bamboo and paper first appeared. From the Heian period, folding fans were not just to serve the useful purpose of fanning, they had also become an essential part of social etiquette and gift giving. However, it was not until the Muromachi period that production began for the fans used in Noh theater, incense art, and tea ceremonies.
Around the 13th century, the distribution of folding fans went from being domestic only to international with exports going to countries like China and India. It is said that Kyo folding fans changed the shape of Western fans by making their way to Europe via India. The reimport of fans that had been exported overseas led to kinusen type fan using silk or cotton cloth being created. 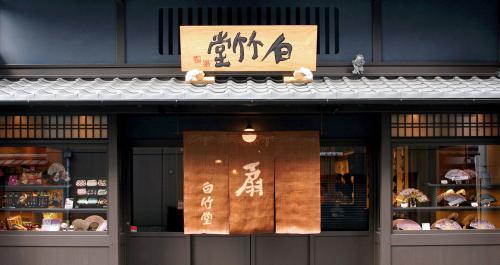 We have preserved the traditions of the Kyo folding fans while adding different modern touches for a new look. We created collections with different artists and other industries and all our fans are hand-made using many different materials by highly skilled artisans. Our contemporary fans can accessorize any look while bringing some folklore to your everyday life. 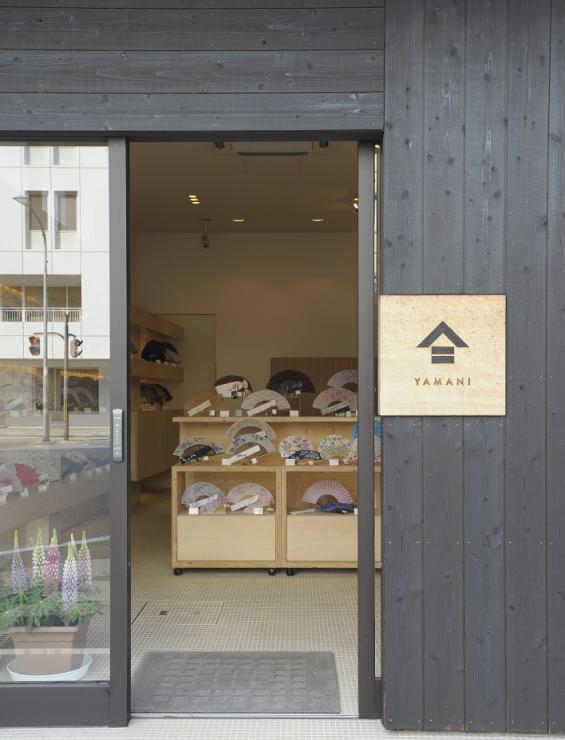 Our folding fans are all carefully inspected one by one to make sure that we can provide our customers with the best quality.
From the design and production to shipment, our fans are created by highly skilled professionals.