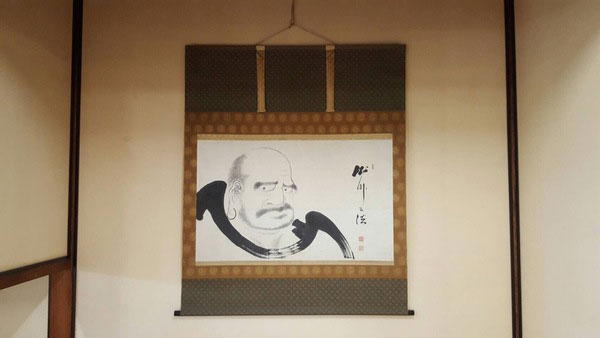 What is Kyo art preservation ?

Kyoto Art Mountings, called Kyo Hyogu in Japanese,are mountings done in Kyoto prefecture. Hyogu or hyoso is a traditional technique to strengthen and preserve calligraphy works, paintings and the like with paper or cloth and adding decorations to enhance the overall impression of the work. Kyo Hyogu include works other than the typical hanging scroll such as picture frames, screens, scrolls, fusuma sliding doors and single-leaf screens. Hanging scrolls and picture frames are used for decorating Japanese-style rooms, and scrolls, fusuma sliding doors and single-leaf screens are generally used for room partitions or folding blinds. Kyo Hyogu are characterized by their elegant appearance developed and matured over the long history of Kyoto. As a prosperous capital city, there was a high demand for hyogu from the Imperial palace, temples and shrines as well as the head masters of tea ceremony schools. They were also able to obtain high quality materials for the craft, and over the centuries, nurtured by the intellectual people with high aesthetic sense, the artistic quality of Kyo Hyogu became sophisticated. In addition, Kyo Hyogu are very functional, and being easy to roll up, hanging scrolls are space-saving and portable. Fusuma sliding doors and screens are eminently practical and can be used not only for decoration, but also for protection against the wind and cold.

Kyo Hyogu have a long history which is said to have begun in the Heian period. Since Kyo Hyogu were introduced to Japan along with the introduction of Buddhism from China, at that time they were used in kyokan, scrolls on which sutras were written. Furthermore it is said that with the rise of Buddhism, the original form of hanging scrolls depicted painted images of the Buddha and were used for prayer. Hyogu, also known as hyoso, developed along with the history of Kyoto, a flourishing center of politics, culture and religion. It is also said that the climate of Kyoto, high humidity, rapid changes in temperature and less wind, was suited for the production of Kyo Hyogu. With the appearance of tokonoma alcoves and the spread of paintings, hyoso began to be made for calligraphic works and paintings. In addition, the tea ceremony flourishing from the Muromachi period to the Edo period, created a demand for characteristically elegant works. Later, Kyo Hyogu became known as fine hyogu with a particularly refined taste and was designated as a traditional craft of Japan in 1997. Even today skilled artisans demonstrate their traditional highly accomplished techniques in the wide range of fields from utility goods, arts and crafts, to the restoration of antiques.