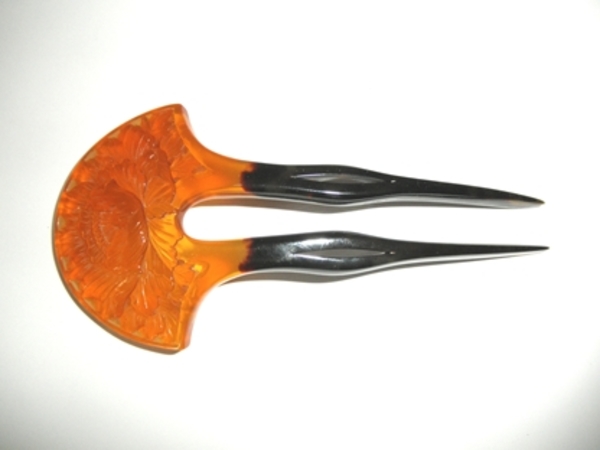 What is Nagasaki tortoise shell crafts ?

Nagasaki tortoise shell crafts called Nagasaki Bekko in Japanese, are mostly produced in the city of Nagasaki or Isahaya in the Nagasaki prefecture. The shells used come from a type of sea turtle living around the Equator called Hawksbill turtle. During the Edo period (1603-1868), as there was a national isolation policy, foreign trade was only partially allowed in Nagasaki. This craft naturally developed in Nagasaki, as it was easier to import tortoise shells there. Highly-skilled artisans adjust the colors and thickness of the shells using elaborate and delicate techniques. Many accessories and small crafts are made with tortoise shell, but bigger and more impressive works such as treasure ships are also produced. As the CITES (the Convention on International Trade in Endangered Species of Wild Fauna and Flora) forbids international transactions of Hawksbill turtle now, tortoise shells cannot be imported anymore. Thus, Nagasaki tortoise shell works have become a rare and precious traditional craft. 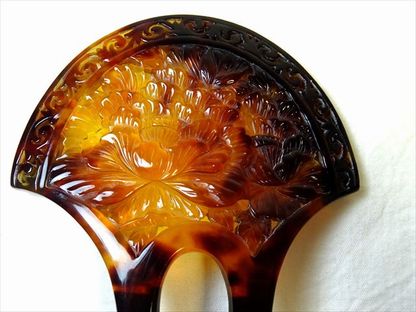 It is said that tortoise shell crafts were first imported from China during the Asuka period (538-710). Some old tortoise shell works are even stocked in the treasure house called Shosoin of the Todai-ji temple in Nara. Tortoise shells began to be imported to Nagasaki in the 17th century, and this lead to the start of the crafts. At the time, tortoise shells were thought to bring a long life, and hairpins and combs made of them were loved by wealthy families all over the country. However, these high-grade crafts were very expensive, and there was a ban against them at the end of the 17th century due to sumptuary laws. They were luxury items that common people were unable to purchase. In the 19th century, Japan began to open its ports to foreign countries, and more visitors from different countries made their way into Japan. Nagasaki tortoise shell crafts were very popular among these new visitors too. The artisans then researched ways to adapt their products to their new customers so they could easily be used abroad. Their wide range of items became popular, inside and outside of the country, and became recognized as a specialty product of Nagasaki. 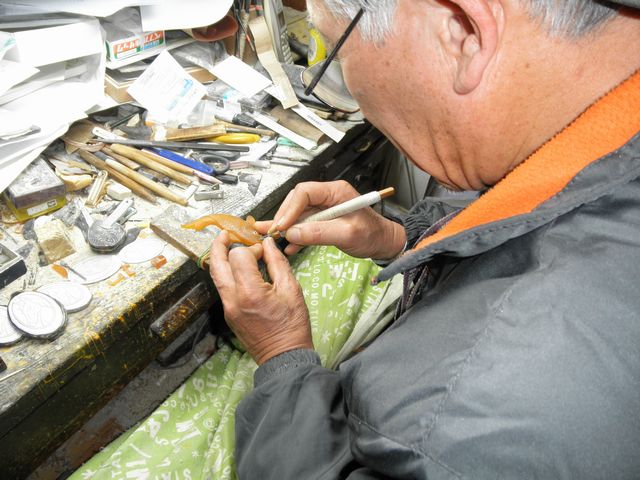