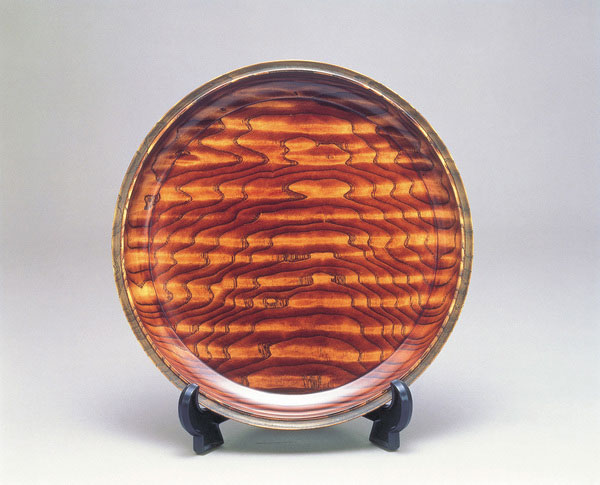 What is Yamanaka lacquerware ?

Yamanaka lacquerware (called Yamanaka shikki in Japanese) is a type of lacquerware made in the Yamanaka Onsen (hot spring) district of the city of Kaga, Ishikawa prefecture. It utilizes an original Yamanaka technique for grinding wood. The main objects produced are round utensils like bowls and saucers. Many of the wood bases for tea ceremony utensils such as tea caddies are ground in Yamanaka. This lacquerware is special because it combines the beauty of the natural wood grain and elegant maki-e which is a technique of sprinkling powder of gold, silver, or various other colors onto a lacquer drawing.
Yamanaka lacquerware comes in two forms: mokusei shikki which is traditional lacquerware with natural wood that has been processed and painted with lacquer, and kindai shikki or modern lacquerware which consists of a urethane coating on a plastic base.
Mokusei shikki is known for having a wide variety of decorations and colorful maki-e, and artisans make sure these delicate techniques still live on today. As almost the whole manufacturing process consists of steady handiwork, in some cases a piece can take more than a year to reach completion. Meanwhile, kindai shikki is known for its versatility because it comes in unique colors and shapes. As a type of plastic, it is durable and easy to care for, so kindai shikki is even used as tableware for school lunch. 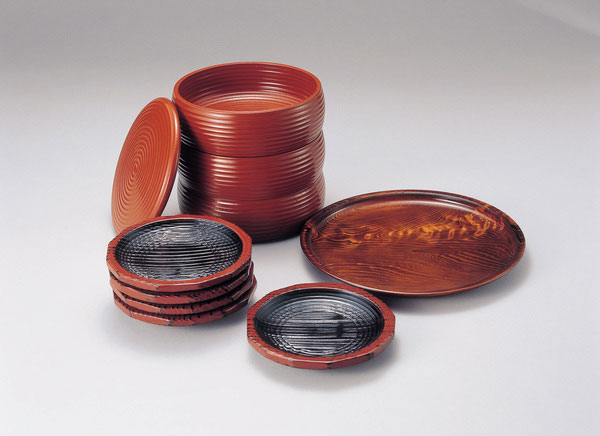 Yamanaka lacquerware began between the years 1573 to 1592 during the Azuchi-Momoyama period, when a group with a forest logging permit for a large area moved to a settlement upstream of Yamanaka Onsen (hot spring) in search of good natural resources. The craftsmen made a living by doing grinding with a wood lathe and their technique took root in the area around Yamanaka Onsen.
In the Edo period (1603-1868), as the Yamanaka hot springs flourished, so did the lacquerware as bowls, trays, and local toys were made to be sold to visitors. Sometime between 1804 and 1817, a decorative technique where transverse cuts are made in the wooden base was invented. In addition, lacquering and maki-e was introduced from other places like Kyoto, and Yamanaka adapted them to be their own special techniques during the first half of the 19th century.
Although World War II temporarily interrupted production, the traditional techniques of Yamanaka lacquerware remained highly regarded and well-known throughout the country. It is an affectionate and widely liked type of lacquerware, yet it has also won artistic recognition for the beauty of its ground-in decorations and maki-e.
Between the years 1955 and 1964, factories and manufacturing complexes were built around Yamanaka as plastics and chemical paints were introduced. This led to the mass manufacturing of low-priced products with varied designs and great functionality. Yamanaka lacquerware has expanded significantly since the year 1970. 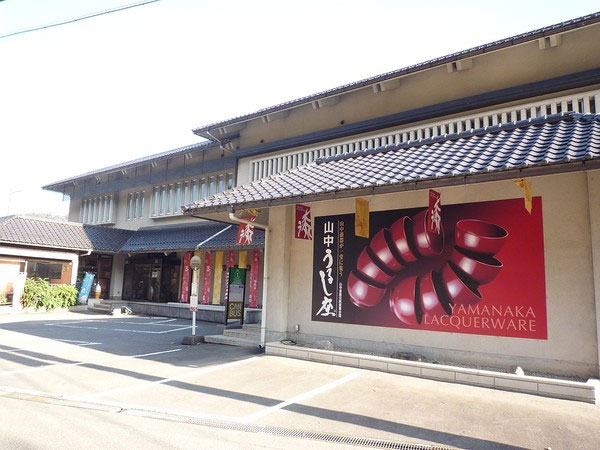