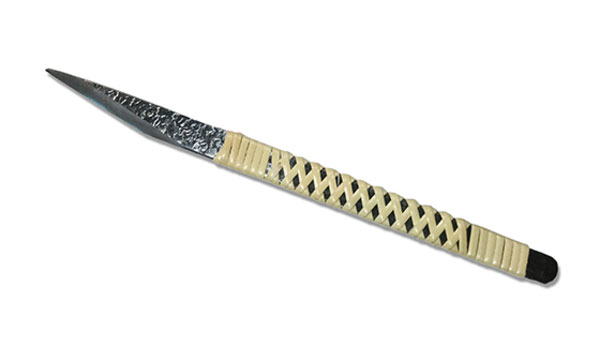 Echigo Yoita Uchihamono are blades produced for a variety of tools in the Yoita area of Nagaoka City, Niigata Prefecture. They are smith forged, meaning red-hot metal is beaten to shape, and are distinguished by their refined sharp cutting edge and ease of use. There are 4 products designated as Traditional Crafts: planes, chisels, axes and adzes. These carpenters' tools first earned their reputation from the many temple carpenters who since the middle of the Edo period used these blades and helped build this flourishing castle town. Echigo Yoita Uchihamono have maintained their high quality over the years and are known as forged blades with a definite cutting edge and are still used regularly by craftsmen today. In recent years, Echigo Yoita Uchihamono have been used in the household and for outdoor use, and have earned a reputation as practical and high quality everyday articles.

The origin of Echigo Yoita Uchihamono dates back to the Warring States period. In 1578,Yamatonokami Sanetsuna NAOE, a vassal of Kenshin UESUGI, brought blacksmiths from Kasugayama to Yoita. Since the foundations of smithing had been laid by the Naoe family, they produced swords, and later on, guns. Early in the Edo period (1603 - 1868), the Yoita area was further developed and flourished as ship transportation on the Shinano river progressed. In the middle of the Edo period, they began to produce carpenters' tools, and fine works such as Doi chisels and Hyobu chisels were created. Early in the Meiji period (1868 - 1912), a swordsmith, Ryuminsai Kaneyuki MATSUNAGA began to make planes as well as swords, which led to Yoita achieving nationwide prominence as one of the major production areas of carpenters' tools. In 1986, Echigo Yoita Uchihamono were designated as Traditional Crafts in recognition of the area’s production of fine blades and the traditional skills which have been passed down for generations up to today.