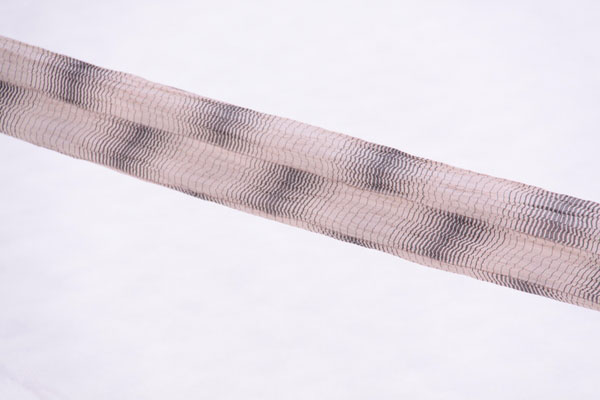 First-class textiles for the summer
Loved by all generations

What is Ojiya chijimi textiles ?

Ojiya chijimi textiles (called Ojiya chijimi in Japanese) is a handicraft produced from ramie in the area around the city of Ojiya in Niigata prefecture. Ramie is a tall plant of the nettle family that has been used to make cloth for centuries. Ramie cloth has little tolerance for dry air, so a level of humidity must be maintained during the production process. Because ramie threads break easily when the air is dry, this region being surrounded by snow and maintaining just the right humidity makes it suitable for production. The most notable feature of Ojiya chijimi is the process of exposing the fabric to snow, which utilizes the bleaching effect from ozone produced when snow evaporates in the sun.
The cloth is known for its shibo or bumpy texture, which is created after unwinding tightly twisted yarns. The ramie material encourages the evaporation of sweat and dries quickly, so kimono made from it have a pleasantly cool feeling. Because of the natural wrinkling, Ojiya chijimi kimono have a refreshing texture which is excellent during the intense humidity of Japanese summers, making it popular throughout the country. 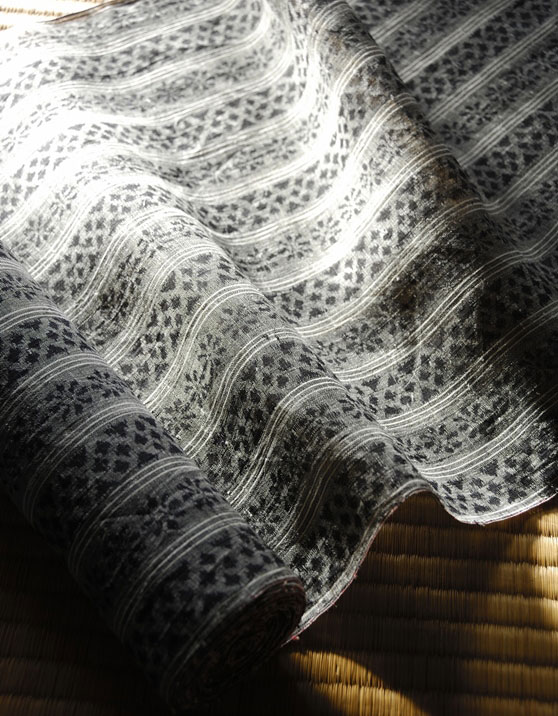 Out of all of the fabrics made from traditional materials like silk, linen, hemp, or ramie, Echigo jofu linen is one that has long been popular among ordinary people in the area around Niigata prefecture. It is said that Ojiya chijimi textile is an improved version of Echigo jofu textiles which has existed for over one thousand years. Echigo jofu texiles have such a long history that the Shosoin Repository* possesses ancient manuscripts with its description. Since ancient times, Echigo jufu has been a luxury item that was often given as a gift to the top military commander (shogun) and imperial court.
Ojiya chijimi production began around 1670, during the Edo period (1603-1868) when a feudal bureaucrat of the Akashi clan, Masatoshi HORIJIROU started the industry based on the Echigo Jofu tradition and Akashi chijimi production techniques. It soon spread throughout the neighboring Uonuma region and peaked in the Edo period, with an annual production of around 200,000 rolls.
Women primarily take on the role of producing Ojiya chijimi and Echigo jofu, and the techniques have been passed down from one generation to the next, from mother to daughter or mother-in-law to wife.
However, with the introduction of modern machinery after the Meiji Period (1868-1912), hand production began to decline. Fortunately, the traditional techniques were preserved and high-quality ramie textiles are still produced today.

*The Shosoin Repository is a building located in Nara, a former capital of Japan, that has been around since the eighth-century. It not only has a collection of treasures dating back to the Silk Road, it also preserves over 10,000 hand-written documents all dating from the Nara period (710–784). Today the repository is under the control of the Imperial Household Agency. 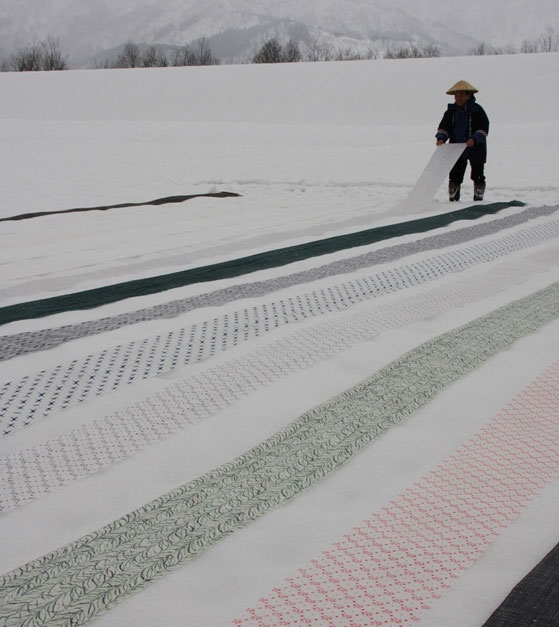