What is Nibutani carved wooden tray ?

Nibutani Carved Wooden Trays (called Nibutani ita in Japanese) are produced in Biratori, Hokkaido. The origin of the town name, is an Ainu language word for cliff, pirauturu. This craft is known for its patterns like a spiral pattern called moreunoka, a thorn-shaped pattern called aiushnoka, and an eye-shaped pattern called shiknoka. All three words originate from Ainu and the designs are combined to express a beautiful Ainu appearance. Also, this craft always has carved scale shapes called ramramnoka which fill the space between other patterns. In the past, the trays were used daily by the Ainu people, and today, they are valued as a delicate craft by craftsmen. 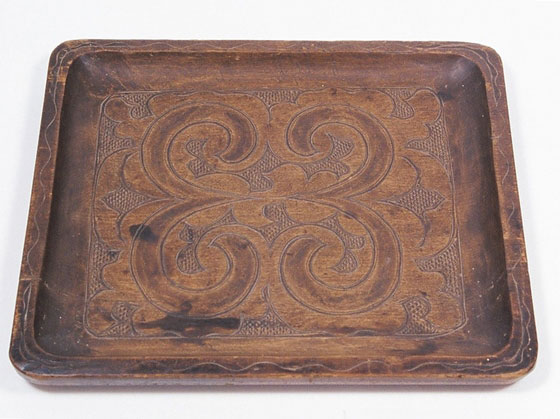 Although Nibutani Carved Trays are assumed to be a tray because of its shape, an Ainu language folk tale, Uepekere, mentions them as a plate on which food was served. Blades were an essential item for Ainu life, and being able to use the blades skillfully gave men social status. For this reason, an Ainu man would put all his energy into making a carved wooden item for a woman who he liked, when they reached marriageable age. With this background, the Ainu carved wooden items, including Nibutani ita, have long been used as expensive gifts, presents for exchange, or commercial items. Between the years of 1854-1859, it was recorded that Nibutani ita was among the gifts to the government of the Matsumae domain (now Hokkaido prefecture). In 1873, Nibutani Carved Trays were exhibited at the Vienna World Exposition. The trays were designated as a traditional national craft in March 2013. This was the first time for a craft made in Hokkaido to be designated as a traditional national craft. 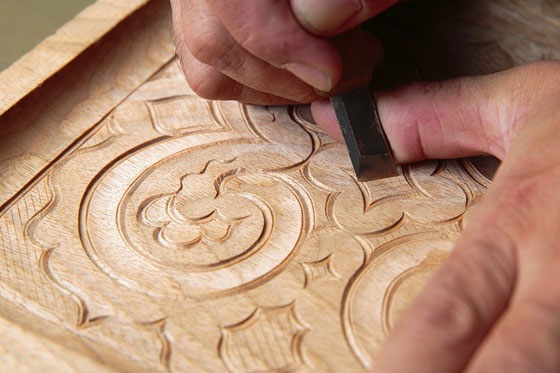 See items made in Hokkaido