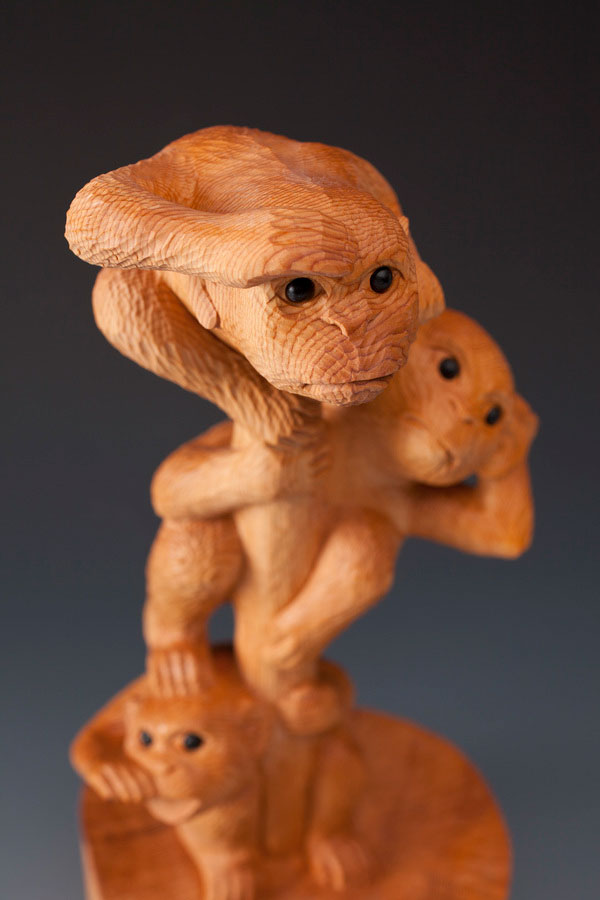 What is Ichii woodcarvings ?

Ichii woodcarvings (called Ichii itto bori in Japanese) are produced in the Hida region of Gifu prefecture, and made only from the wood of ichii (Japanese yew), the prefectural tree of Gifu. The ichii tree gets its name from a scepter made of Japanese yew wood that was presented around eight hundred years ago to the emperor for his coronation. The beauty and high quality of the scepter earned the title sho ichii (the highest rank) and led to the tree being called ichii.
This craft is notable for the use of wood from Hida that is between four hundred to five hundred years old, being carved with only chisels, and not being colored in order to bring out the natural beauty of the wood grain.
The wood has a red toned heartwood in the center and white toned sapwood on the outer rings. This coloration gives the woodcarving pieces their individuality. Over time, the color of the wood changes and a sheen develops which is another appeal of this craft. Nowadays, in addition to traditional netsuke*, decorative objects, and tea ceremony utensils, modern items like cellphone accessories are produced.

*A netsuke is a toggle for hanging a small purse or tobacco pouch from a cord attached to the belt of a kimono. 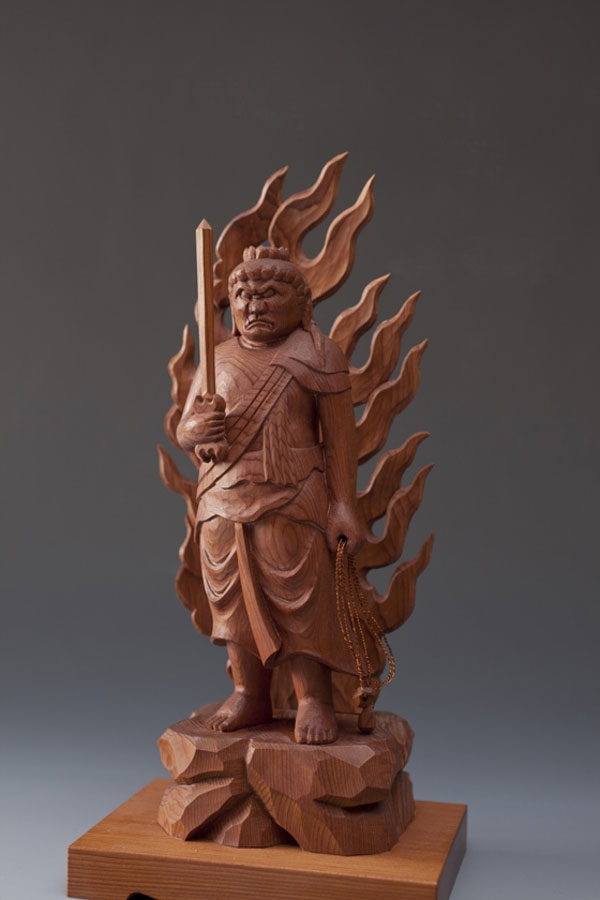 Ichii woodcarving was established by Sukenaga MATSUDA during the later half of the Edo period (1603-1868). Since his family was in the business of producing chopsticks, he learned carving and became a woodcarver. One day, when he saw a heavily painted doll made in the Nara region, he thought it was a waste that the beauty of the wood grain and carving was hidden, which is what led him to make unpainted Ichii woodcarvings. It is written that Matsuda wanted to make the maximum use of the beauty of natural wood, and conducted research focusing on ichii wood because of its attractive wood grain, two distinctive colors, luster, and ease of carving. Originally, Matsuda was a netsuke carver and used the Ichii woodcarving style to produce a great number of them. The superb Ichii woodcarving techniques spread throughout the region and were developed among master craftsmen. In 1975, Ichii woodcarving was designated as a National Traditional Craft. As a specialty of the Hida region, the craft is still being passed down through the generations.