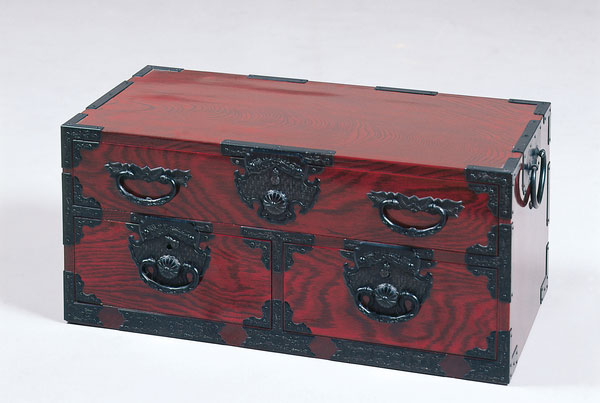 What is Sendai traditional chest ?

Sendai tansu is a type of chest of drawers made in the city of Sendai, Miyagi prefecture. Usually they are made of Japanese chestnut, cedar, and zelkova wood, and renowned for their highly ornamented iron fittings and three different types of beautiful Japanese lacquer coating. The making of Sendai tansu involves three different craft techniques: carpentry with no nails or screws; lacquerwork to bring out the beauty of the wood grain; and the metal chasing of the intricate designs. To complete a single chest of drawers, an average of 100 to 200 metal fittings are made in a variety of shapes with pictorial designs and motifs, such as dragons, lions, or peonies, which are traditional bringers of good luck and fortune. 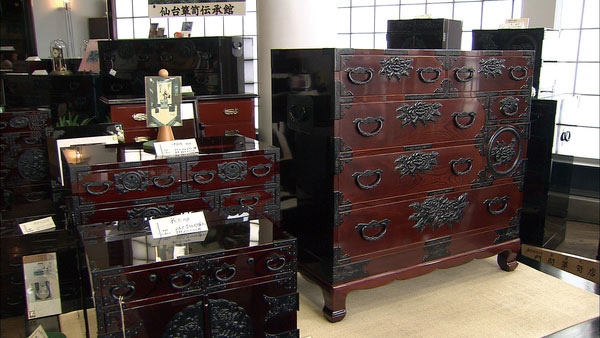 Sendai tansu are commonly thought to originate from the time when Masamune DATE, a daimyo in the Sengoku period (1467-1568), ordered the building of Aoba Castle, and the tansu was one of the items the master carpenter made.
At the end of the Edo period (1603-1868), samurai in the Sendai domain produced Sendai tansu to supplement their income and to store their weaponry, haori (half-coat), kamishimo (ceremonial dress), and valuable documents. Therefore, the common size of the early Sendai tansu was about 120 cm wide and 90 cm high, the perfect size for storing military equipment. From the end of the Meiji period (1868-1912) through to the middle of the Taisho period (1912-1926), other articles of furniture came to be made and overall production increased, in part due to exports first to Germany and then to other European countries. The elaborate style of furniture was much appreciated both in Japan and abroad. With the coming of World War II, production was stopped, but in the post-war period craftsmen resumed production and the traditional skills are still used today. 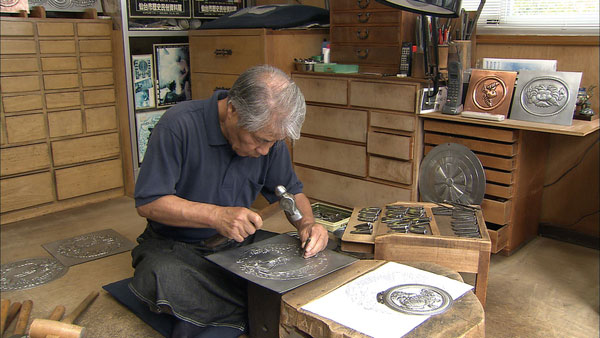