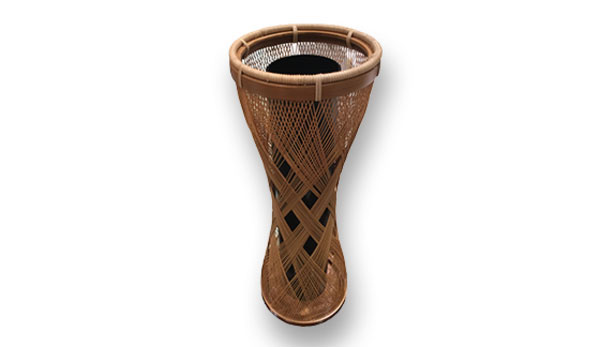 A woven mesh of light and round bamboo strips
Graceful, harmonious curves

What is Suruga bamboo crafts ?

Suruga bamboo ware (called Suruga take sensuji zaiku in Japanese) is produced in the city of Shizuoka, Shizuoka prefecture. High quality bamboo has grown wild in the basin of the upper reaches of the Abe River in Shizuoka since ancient times. Bamboo ware has been made in this region for thousands of years.
This craft is notable for being woven out of thin bamboo strips measuring as little as 0.8 mm in diameter. The name sensuji (meaning one thousand lines) refers to the fact that a thousand fine bamboo strips can be laid out on a 90 cm (about 35.4 inches) wide tatami mat. There are several bamboo ware production regions across Japan such as Kyushu or Hokuriku. However, most of them use flat strips for weaving, while this craft uses extremely fine round strips. A bamboo piece is made by using a unique bending technique to create thin flexible strips, which are inserted into a bamboo base frame drilled with small holes and then woven into beautiful free-form shapes. Nearly the entire production process, from cutting the strips to the assembly, is done by a single craftsman.
The finished bamboo ware perfectly showcases the color, luster, and texture of bamboo. The elegance of the round strips is visually appealing. 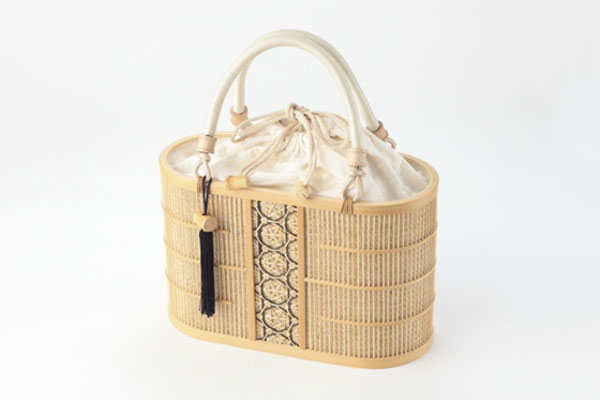 The basin of the Abe River and the neighboring Warashina River has been a production center of fine quality bamboo since ancient times. Bamboo baskets and perforated strainers have been excavated from Toro archaeological site in Shizuoka, lending credence to the idea that bamboo ware was in daily use during the latter stage of the Yayoi period (300 BC-250 AD).
In 1607, when Tokugawa Ieyasu* chose Sunpu Castle in Suruga province (Shizuoka) as his residence, many different kinds of artisans moved to Suruga and developed it as a production center of various crafts. As a result, the name Suruga bamboo ware became widely used. During the early years of the Edo period (1603-1868), woven bamboo pillows became popular among daimyo (feudal lords), who stopped by rest stations during their alternate-year of residence in Edo (ancient name of Tokyo). According to old written records, the region was producing woven bamboo hats, instead of the expensive rattan braided hats widely favored in Edo between the years 1624-1644. Bell cricket cages and baskets for storing bait for falconry were also produced.
Suruga bamboo ware started being made with round strips in 1840 when Ichiga SUGANUMA, a servant of the Okazaki domain, visited Suruga and taught his techniques to Inobei SHIMIZU, a son of an inn keeper. Over the years, Shimizu kept developing the techniques, finally producing the delicate craft seen today.

*(1543-1616), founder of the Tokugawa shogunate which was the last feudal military government. 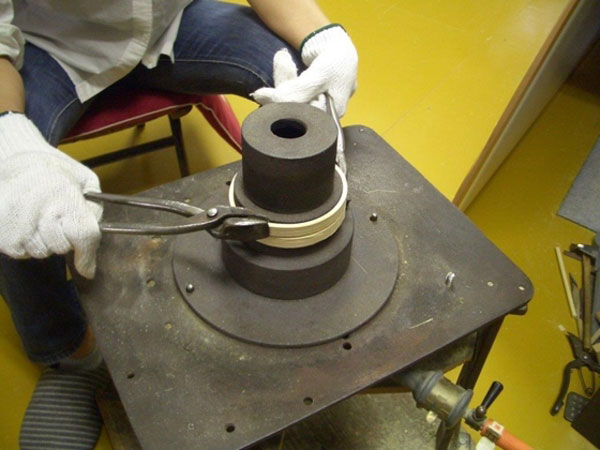