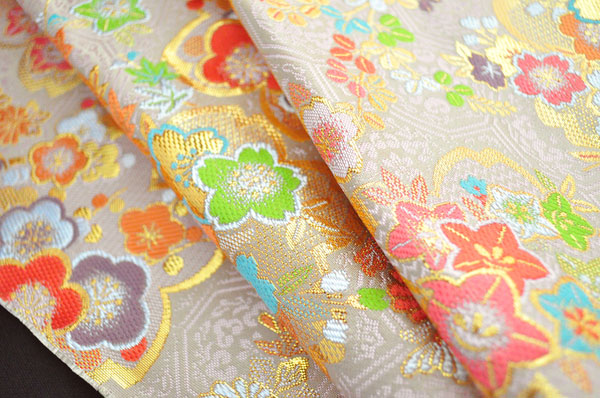 What is Nishijin brocade ?

Nishijin brocade (called Nishijin ori in Japanese) is woven silk produced in the northwestern part of Kyoto. Kamigyo ward and Kita ward cover this area of Kyoto today, but this area is called Nishijin. According to official rules, only the brocades that are produced at fabric makers (called oriya) in Nishijin can be described as Nishijin brocade. The production process varies slightly depending on the fabric makers but there are currently twelve kinds of Nishijin brocade designated by the regulations. Initial production of Nishijin brocade began all the way back during the Kofun period (250-538AD). However the fabric was only named Nishijin ori during the 15th century after a major civil war, Onin War, (1467-1477) which had much of its fighting based in Kyoto, ended. With the war over, textile craftsmen who had fled the area were able to go back to Nishijin and resume production of Nishijin brocade. Therefore, the fabric was named Nishijin ori, which means western military encampment brocade, after the area where it had revived its production. Since it is woven after the threads are dyed, the fabric is tougher and more wrinkle resistant than fabrics that are woven before being dyed. Some of the main varieties of Nishijin brocade are tsumugi (fabric woven with thin silk threads), Honshibo-ori (fabric with textured crepe weaving), and futsu (double sided fabric with different colors and patterns on each side). A notable feature of Nishijin brocade is that watermark fabrics such as sha (a thin silk fabric) and ra (a roughly woven silk fabric) are used. The designs have a wide range, from simple to chic. Nishijin and Nishijin ori are registered trademarks in order to preserve the traditional process. 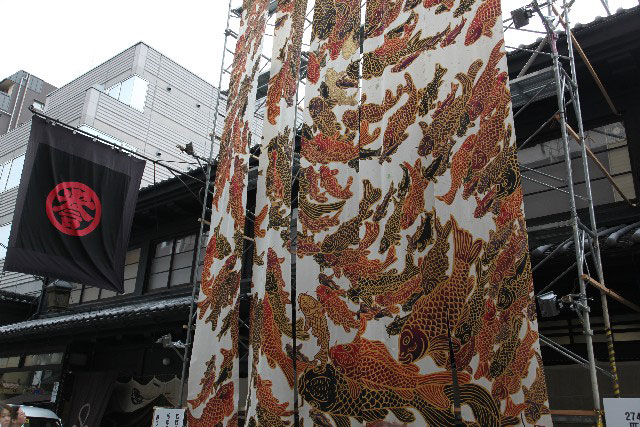 The birth of Nishijin brocade goes back to the 5th or 6th century when migrants from the neighboring countries of Korea and China brought silk farming and fabric to Kyoto. Silk weaving of expensive silk fabrics became an official occupation in the Heian period (784-1185). Oribe-cho, a town where the craftsmen gathered to produce silk fabrics, was settled. The town was in an area that is now known as Kamigyo ward in northwestern Kyoto.
When the official silk fabric production business declined, the craftsmen started their own workshops for silk fabric production in an area near Oribe-cho. The silk and the twill fabrics produced by these craftsmen were esteemed for their high quality. During the Muromachi period (1336-1573), the establishment of an organization for fabric makers called Otoneri za increased the amount of silk fabric orders even more.
Furthermore, the Jacquard loom, a loom that uses a chain of punch cards to instruct it on how to automatically make complex designs, was introduced from Europe during the Meiji period (1868-1912). The Jacquard loom made it possible for textile craftsmen to attain a higher level of weaving technique because of the automated patterning. Textile craftsmen are enthusiastically producing various new products that match the modern lifestyle, such as western style kimono and interior items, as well as traditional kimono. 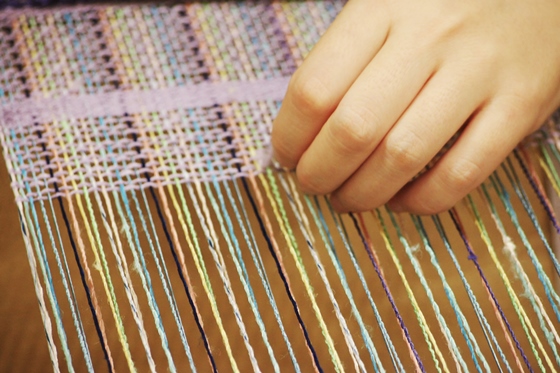