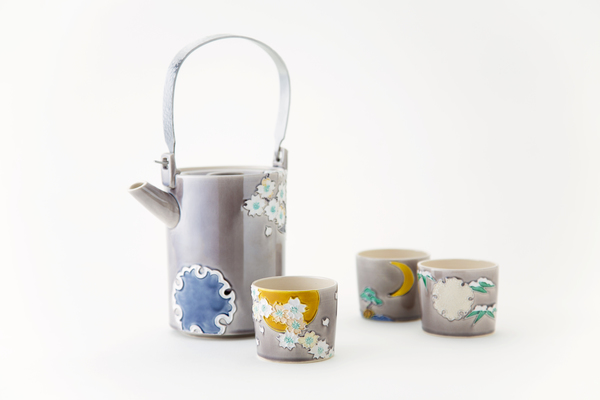 Many kinds, small quantity handmade production
we produce pottery as sophisticated and delicate as the town of Kyoto

What is Kyo ware/Kiyomizu ware ?

Kyo-ware/Kiyomizu-ware (called Kyo yaki/Kiyomizu yaki in Japanese) is a type of pottery produced in the Kyoto area. Originally, Kyo-ware was a general term for all pottery produced in Kyoto, while Kiyomizu-ware specifically referred to pottery produced on the road leading to the Kiyomizu Temple and is one of many sub-categories of Kyo-ware. Today, Kyo-ware designates a large variety of potteries made in different parts of Kyoto. Kyo-ware is also known as Kyoto-ware.
Many distinct techniques are used to create different kinds of potteries, but as long as they are produced in certain areas of Kyoto, they are considered Kyo-ware or Kiyomizu-ware. Each kiln also has its unique traditions and specialties.
Kyoto is a city that is known for preserving many long-established traditions and arts. Several types of tea ceremonies, flower arrangement, or incense ceremonies during which the smell of the incense is tasted with traditional Kyoto cuisine or sweets, are among the most famous. It is within this environment that Kyo-ware developed as a craft.
Even with mass production being the norm now, Kyo-ware/Kiyomizu-ware is still handmade using traditional techniques.

Kyo-ware was first created during the Nara and Heian periods (710-1185) and production grew as tea ceremonies became increasingly popular during the Azuchi-Momoyama period (1573-1600).
At the beginning of the Edo period (1603-1868), highly skilled artisans of this craft started to appear and lead to the rapid development of modern Kyo-ware.
A few of these artists are Ninsei NONOMURA, a potter from the Hyogo prefecture who made magnificent painted ceramics and Kenzan OGATA, younger brother of the painter Korin, who created pieces with original designs in collaboration with his brother. During the latter part of the Edo period, Eisan OKUDA became famous for his beautiful porcelain. Other master craftsmen include Mokubei AOKI, Douhachi NINNAMI and Hozen EIRAKU.
During the Meiji period (1868-1912), the use of European porcelain production methods led Kyo-ware/Kiyomizu-ware to expand into markets abroad. Artisans of this craft continue to maintain traditional techniques that have been around since the beginning, while finding new variations in design in order to maintain appeal. 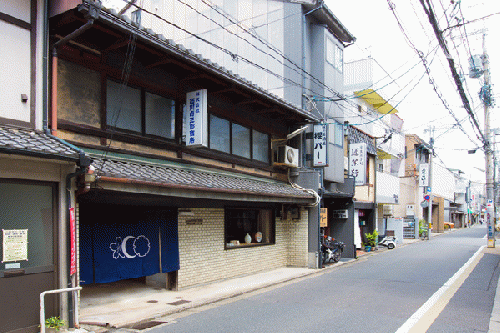 Many kinds, small quantity handmade production With assiduity, we produce pottery as sophisticated and delicate as the town of Kyoto 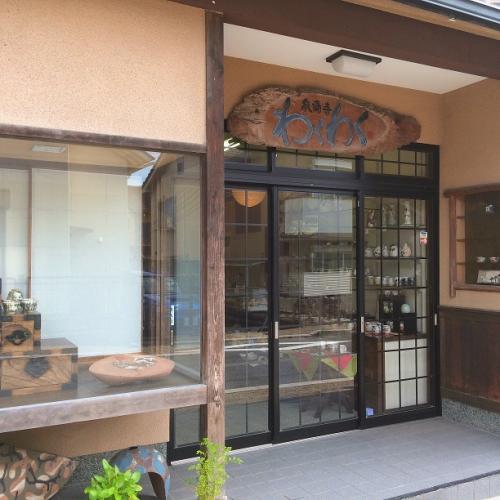 We have a large variety of items, from the traditional-style Kiyomizu-ware first created right in front of the Sennyuji temple by Ninsei NONOMURA and Kenzan OGATA to modern Kyoto pottery.