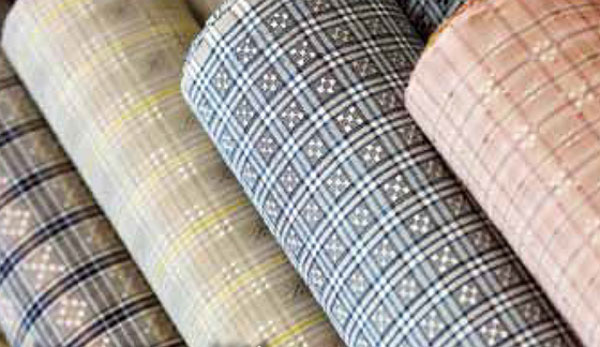 What is Yonaguni brocade ?

Yonaguni Brocade, called Yonaguni Ori in Japanese, is a textile produced in Yonaguni-cho, Yaeyama Gun, Okinawa Prefecture. The characteristic of Yonaguni Ori is the simple beauty of the textile that is dyed and woven by hand in the distinctive climate. The textile is divided into the following types depending on the weaving technique: Yonaguni Hana Ori (a textile with raised flower patterns), Yonaguni Dotati (a textile with striped patterns), Yonaguni Shidadi (a textile with crest patterns) and Yonaguni Kagan-nubu (a textile with splashed patterns). The threads for the textile are dyed with dye extracted from the plants grown naturally on the island and are woven by hand. Usually, only one person carries out the whole production process, including designing, dyeing and weaving. The most popularly woven Yonaguni Hana Ori has geometric patterns of stripes and small flowers. The color and the design have changed with the times. The Dotati has a history of being worn at festivals together with the Kaganubu thin belt that has miuto kasuri patterns that were a symbol of a married couple. Do means the 'four body parts of the kimono', and tati means 'make'. Production of Yonaguni Ori takes time, and it is used not only to make kimonos and belts specific to the island, but also for other accessories including towels, ties and bags.

It is said that Yonaguni Ori started in the 15th century, during the Muromachi period (1336 – 1573). It is recorded in "The Veritable Records of the Joseon Dynasty", which are annual records of the Joseon Dynasty of Korea, that the people in Yonaguni were already weaving using a loom in 1479. Yonaguni Ori was also presented to the Ryukyu Royal government as a gift in the latter half of the 16th century, and only the officials were allowed to wear the textile. The Ryukyu Royal government actively brought in weaving techniques and materials from foreign countries through trade, and sophisticated dyeing and weaving techniques developed in various ways. It became difficult to obtain the threads during and after the World Wars. There was a time when fishing nets were untied and used to make threads or the weaving itself had stopped. However, the Yonaguni-cho Traditional Craft Center was established in 1979 in order to revive Yonaguni Ori, and they have been handing down the rich weaving culture in Yonaguni to the next generation up to this day.