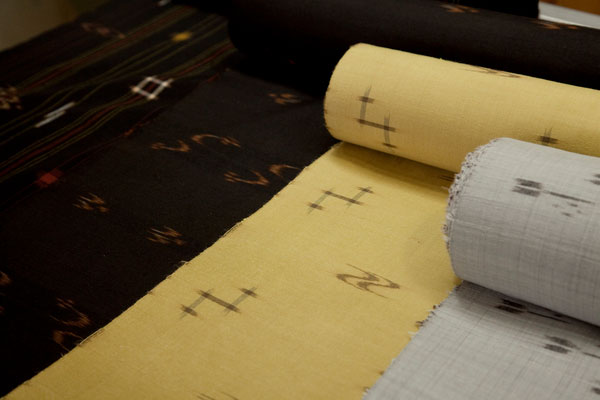 What is Kumejima tsumugi silk ?

Kumejima tsumugi silk is a textile produced on the island of Kumejima, Okinawa prefecture. The history of this craft goes back all the way to the Muromachi period (1336-1573).
This textile is distinct because of its elegant texture and deep color tone. The production process includes designing, collecting raw dyeing materials, dyeing the threads and weaving. One weaver completes all of these steps by hand. This craft is made with tsumugi ito (pongee thread) or hiki-ito (hand pulled raw silk thread) and the dye from plants grown on Kumejima Island. Either a plant dye or plant/mud dye method is utilized. Tsumugi threads are twisted and hand-spun silk pulled from unwindable floss silk. Using natural dye means the more this textile is washed, the color gets bright and the texture becomes more beautiful. This is because the harshness of the dye lessens every time the textile is washed.
Kumejima tsumugi has a kasuri* pattern so the threads have to be dyed in fine sections to weave the pattern correctly. The parts of the threads which should not be dyed have to be hand tied with cotton threads in advance which is a technique called kasurikukuri and requires intense concentration.

*A textile technique of securely tying specific sections of fabric with thread so that only certain portions will be dyed resulting in a desired pattern. 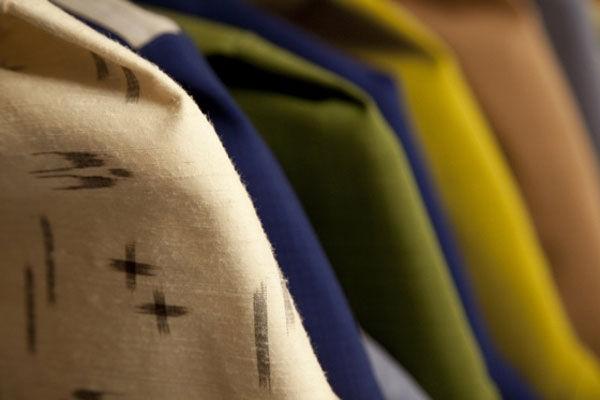 According to the Ryukyukoku yuraiki (Records on the Origin of the Ryukyu Kingdom), the technology of sericulture was brought from the Ming dynasty in China during the 14th century by Donohiya, head of the Ryukyu Kingdom servants.
At the beginning of the Ryukyu Kingdom in 1511, a severe poll tax began to be enforced on Kumejima Island. People had to present the Tsumugi textile to the Ryukyu government instead of paying with money. However, after the Satsuma domain (now Kagoshima prefecture, located just north of Okinawa) invaded the Ryukyu Kingdom in 1609, a better quality textile was demanded as a heavier poll tax. This is why the Ryukyu royal government invited Hiromoto SAKAMOTO from the domain of Echizen (now Fukui prefecture) in 1619 to introduce better sericulture technology and floss silk production methods. Then, Kagetomo TOMOYOSE from the Satsuma domain brought dyeing and Tsumugi weaving technologies to the island. These events laid the foundation for Kumejima tsumugi to be produced and sent to Edo (ancient name for Tokyo) via the Satsuma domain. At the time, this craft was called Ryukyu tsumugi.
Residents of Kumejima Island continued the production of the Tsumugi textile to pay the poll tax until 1903 when the tax was abolished. Tsumugi textile could finally be developed as a proper industry after a business improvement project started around 1905. 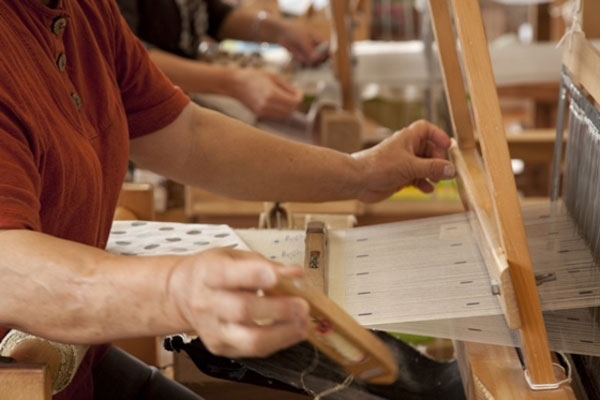 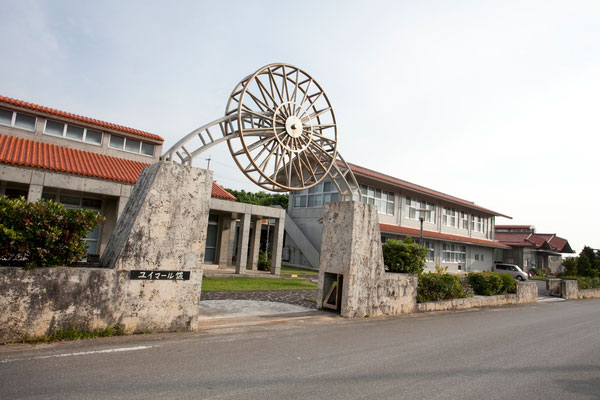