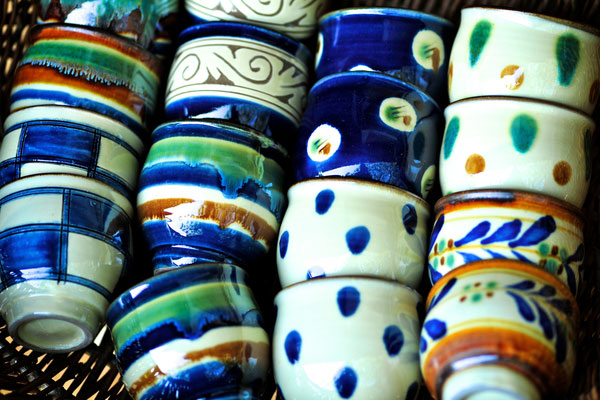 Tsuboya ware (called Tsuboya yaki in Japanese) is a form of pottery produced mainly in Tsuboya, city of Naha, Okinawa prefecture. This craft is one of the leading representations of Okinawan pottery (yachimun in the Okinawa dialect). The notable feature of Tsuboya ware is its impressive ceramic decorations with enamel unique to Okinawa. While originally intended for use by common people, the rich decoration and design of Tsuboya ware was introduced and made more widely known during the Taisho period (1912-1926) by Muneyoshi YANAGI, a philosopher and strong proponent of folk art.
Tsuboya ware is divided into two types, known as arayachi and jouyachi. Compared to arayachi, which is a simple style that is mainly used for alcohol or water bottles, jouyachi makes use of various types of enamel and is baked at a high temperature of 1200℃ (about 2192℉). Tsuboya ware baked in this manner have a bulky presence and style that reflect the rich natural features of Okinawa. Among the enamels that are used, white enamel made from slaked lime and unhulled rice ash mixed with Okinawa's gushikami and kina clays, is particularly typical of Tsuboya ware and an important part of its charm. 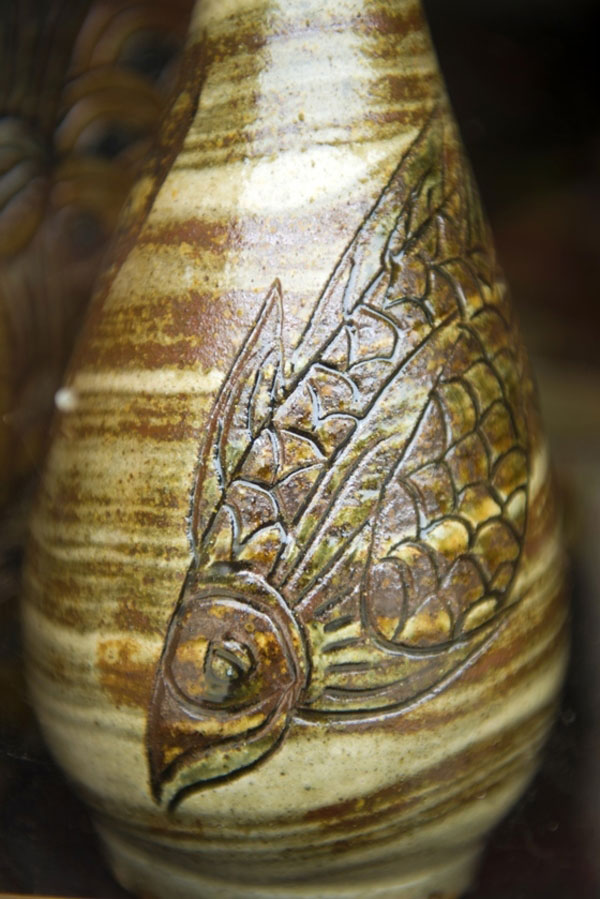 The origin of Okinawa's pottery is said to be Korean roof tiles brought from continental Asia during the 14th to 16th centuries. At this time, Okinawa was the independent Ryukyu Kingdom and enjoyed prosperous trade with China and various countries in Southeast Asia. It is thought that the technique behind arayachi was also transmitted during this period. During the 17th century, the Ryukyu Kingdom fell under the control of the Tokugawa shogunate's (feudal military government) Satsuma domain, and the prosperous trade with foreign countries ended. As a result, Sho Nei, the King of Ryukyu at that time, summoned potters from Korea to open kilns and endorsed actively adopting Korea's pottery production technology. This is how the basis of Tsuboya ware, jouyachi, started being produced in Okinawa. In 1682, the Shuri, Chihana, and Wakuta kilns were combined into one place, what is today known as Tsuboya, and this is the origin of modern-day Tsuboya ware.
Going into the Meiji period (1868-1912), production of Tsuboya ware declined for a while, due to the mass-production of cheap earthenware dominating the market. However, due to the Taisho era (1912-1926) folk craft movement, Tsuboya ware gained recognition and finally in 1985 the potter Jiro KINJO was recognized as the first Living National Treasure in Okinawa prefecture. Living National Treasure is a title bestowed by the government to groups or individuals who possess skills that are indispensible to produce cultural heritage such as traditional crafts or performance traditions like kabuki theater. Tsuboya ware has come to be widely known as a traditional handicraft that represents Okinawa. 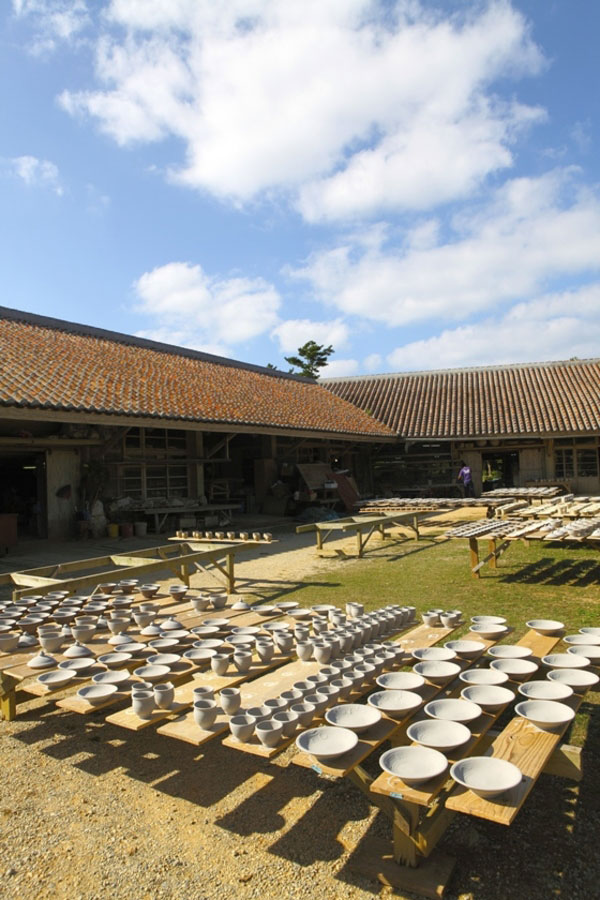