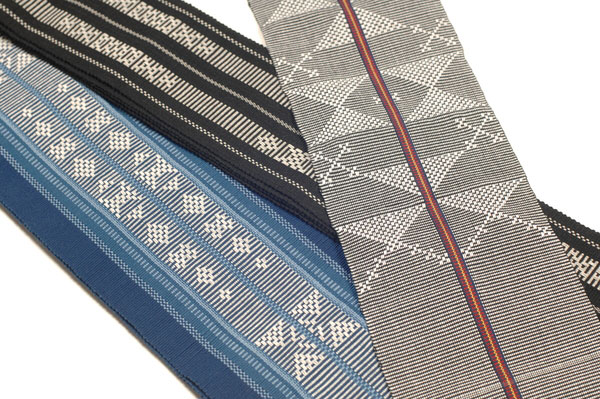 Yuntanza Minsa is a textile produced in the region around Yomitanson, Nakagami-gun, Okinawa prefecture. Min means "cotton" and sa means "narrow belt". Narrow belts were made in various regions in Okinawa from ancient times. Basically, Minsa is an indigo dyed narrow belt that is approximately 10cm wide, but the production techniques and the patterns vary depending on the region. Yuntanza Minsa is called Gushi Hanaori, a patterned textile made using the Gushibana technique; the weaver picks the warp threads using a bamboo skewer where the pattern should be raised. Yuntanza Minsa are a ribbed fabric woven with dyed cotton threads. They are made in brilliant, tropical colors and have embossed patterns created with the pattern stick or flower heddle. The patterns include floral patterns called gushibana and soko hana, as well as kasuri patterns made by tie-dyeing. These patterns and additional patterns such as stripes are woven. The dye used for Yuntanza Minsa is extracted from plants that grow naturally in the region such as Ryukyu ai (indigo), Fukugi (happiness tree) and Yeddo Hawthorn. 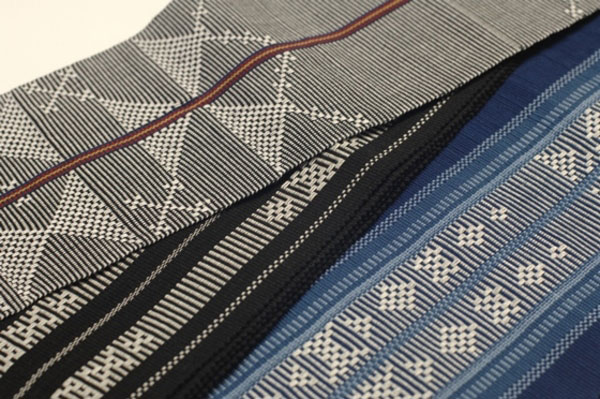 It is assumed that Yuntanza Minsa was first produced around the same period as Yomitanzan Hanaori. Ryukyu was trading actively with China and southeastern Asian countries from ancient times. It is also assumed that the techniques to produce the kasuri patterns and the raised patterns used in Yuntanza Minsa, were brought back from China and southeastern Asian countries in the 15th century. The cultivation of cotton started in the region in 1611 when Shinjo GIMA brought cotton back from the Satsuma Domain. The area under cultivation was relatively small and the harvest was also small, so cotton was quite valuable. Women started to produce narrow belts for their families and loved ones, expressing their deep affection by making them, and this is said to be the origin of Yuntanza Minsa. However, the production of Yuntanza Minsa stopped for a while in the mid-Meiji period (1868 – 1912). In 1964, Sada YONAMINE, a dyeing and weaving artisan, and the local village people started a movement to revive Yuntanza Minsa and Yomitanzan Hanaori based on the stories from the village elders and the festival garments that survived the war. It took approximately ten years to revive these crafts. 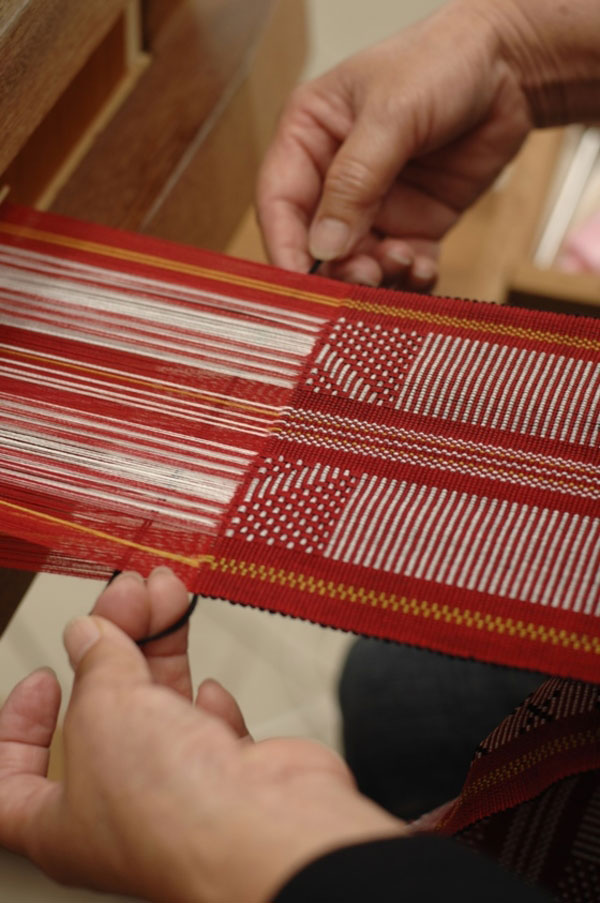