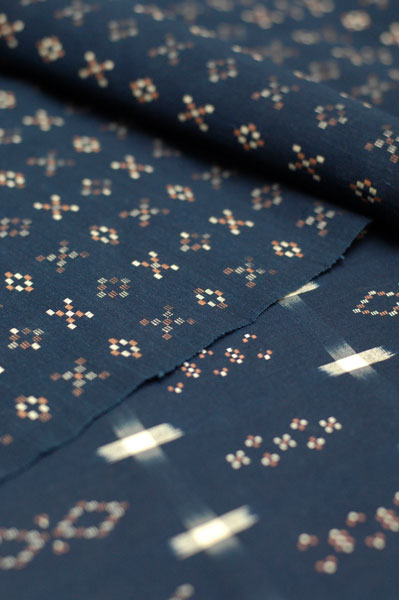 Chibana hanaori is a textile produced in Chibana, Okinawa, Okinawa prefecture. It has flowery patterns woven in the base textile as well as a continuous geometric pattern. This kind of textile with a continuous geometric pattern is called mon orimono, and its gorgeous pattern is thought to have been brought from South Asia.
There are two kinds of Chibana hanaori textiles: tate uki hanaori, in which patterns appear vertically and nui-tori hanaori, in which the patterns woven look as though they are embroidered. The raw material is mainly cotton but there were times when silk and wool were also used. Normally, a textile design uses the same pattern woven continuously for the whole length of the kimono fabric. However, sometimes Chibana hanaori would have different patterns at the beginning and end. This was because the craft was not subject to tax collection, although there were many textiles given as gifts to the government in lieu of tax payment in cash during the Ryukyu Kingdom period (early 15th century-1879.) Chibana hanaori has been and continues to be worn for important ritual events. 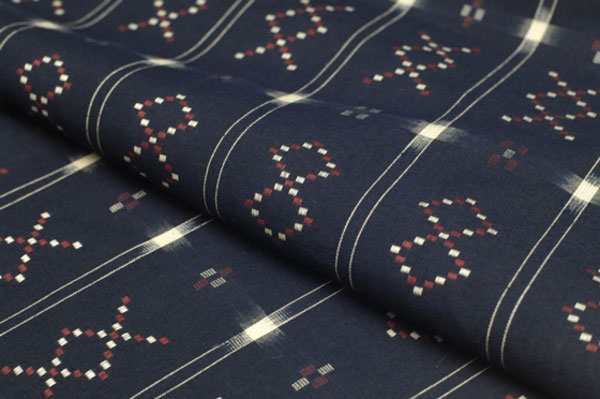 The origin of Chibana hanaori is unclear. It is thought to have been first woven in the region surrounding former Misato-Mura (now the city of Okinawa) around the 18th century. At that time, the Ryukyu Kingdom was actively trading with China and South Asian countries, therefore, the craft is thought to be originally from South Asia. Chibana hanaori was not used as a gift to the royal government so the designs of the textile could be woven freely and worn for ritual events to pray for a big harvest, such as Umaharashi (a horse race) and Usudeku (a traditional festival where women dance). However, the production of Chibana hanaori declined rapidly after the Meiji period (1868-1912) started.
Okinawa had catastrophic damage during the Second World War and Chibana hanaori production techniques completely died out. Fortunately, the craft was revived for the first time in 100 years in 1989. Now, the government supports protecting and preserving production techniques so the textile is actively produced not just for kimono material but also for accessories like men’s ties. 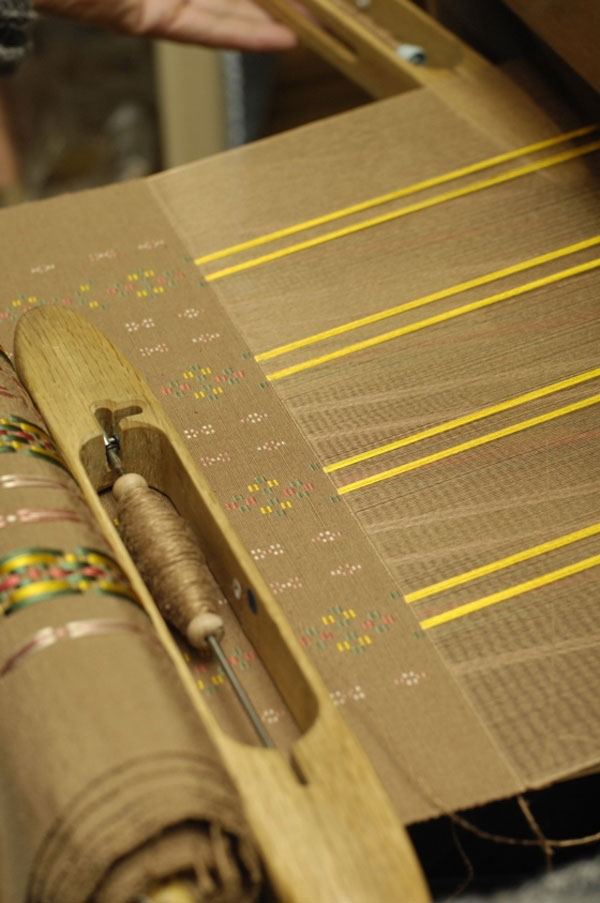