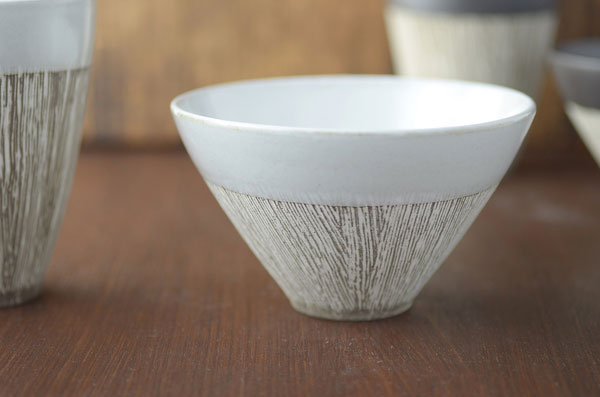 What is Mino ware ?

Mino ware (called Mino yaki in Japanese) is a ceramic ware produced in the Tono area of Gifu prefecture. It has a long history and tradition but has adapted to modern life style. A notable feature of Mino ware is its wide variety of pottery. Mino ware does not maintain a single style, but instead has over 15 types of pottery registered as traditional crafts. Here are three notable types of Mino ware. The first is Oribe ware which was based on the aesthetics of Oribe FURUTA, disciple of Sen no Rikyu (influential master of the tea ceremony, 1522-1591) and it has a deep green glaze, a unique form and geometrical design patterns. Depending on the style of production, many kinds of colors are available including black and blue. The next notable type of Mino ware is Setoguro, an all black glazed item that was mainly produced during the Tensho period (1573-1593), produced by being pulled out of the kiln while still red-hot. Therefore it is often referred to with the names of tensho guro after the name of the period it was first made during or hikidashi guro which means to pull out. Shino ware is the third notable type of Mino ware and has design patterns underneath its glaze. During the Azuchi-Momoyama period (1573-1600), Shino ware's golden age, it possessed a beautiful light crimson color and bubbly texture produced by feldspar glaze. Production of Shino ware disappeared during the Edo period (1603-1868) but Toyozo ARAKAWA (1894-1985), who was given the title of Living National Treasure, made tremendous efforts to revive it and was able to bring it back. Kizeto, which has lately received renewed attention, is another popular kind of Mino ware with a humble and simple form. 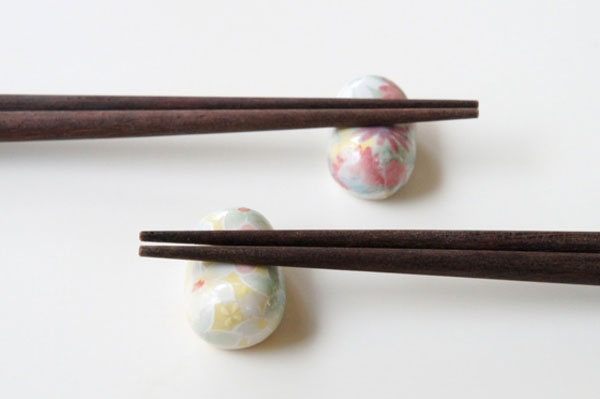 Mino ware was created during the 5th century when Sue ware, potter's wheels, and cellar kilns were brought to Japan from the Korean peninsula. During the Heian period (794-1185), Sue ware white porcelain was improved by being fired with an ash coating glaze. From the Azuchi-Momoyama period (1573-1600) until the beginning of the Edo period (1603-1868), the rise of the tea ceremony brought a wealth of artistic pottery, and production of the prominent types of Mino ware like Oribe, Shino, and Kizeto highly increased. Then during the second half of the 17th century, household containers for daily use started to be produced and pottery covered in white glaze to look like porcelain started being produced. In the final years of the Edo period (1603-1868), porcelain production began and translucent feldspar porcelain came to be produced. In the Meiji period (1868-1912), various new techniques such as usage of copper transfer sheets and screen printing were developed as the coloring process became stable with the importation of zaffer (blue pigment). Around the middle of the Meiji period, to lower the production costs and produce a large quantity of daily household containers so as not be inferior to other production areas, they divided their work by product line. Then, at the end of the Taisho period (1912-1926), mechanization advanced by electricity supply increased the production volume, which changed the wood-burning climbing kilns to charcoal kilns. During the Showa period (1926-1988), production of fine items and tiles started, and Mino ware became the form of pottery boasting the greatest production in Japan, both in terms of prestige and volume.