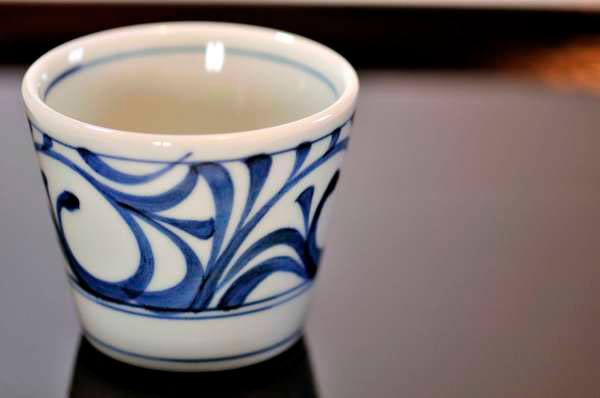 What is Tobe ware ?

Tobe ware (called Tobe yaki in Japanese) is a form of ceramic ware produced around the town of Tobe in Iyo district of Ehime prefecture. Production began in the middle of the Edo period (1603-1868) and it was registered as a traditional craft by the Ministry of Economy, Trade and Industry in 1976. The town of Tobe is known for being the leading ceramic ware producing area in the Shikoku region, being located in the pottery material abundant Japanese Median Tectonic Line*. As high quality porcelain stone started being mined in mountainous regions, ceramic culture spread and many kilns remain in operation today. What makes Tobe ware unique is its beautiful white ceramic texture, which appears to let light pass through. Compared to Arita ware (made in Saga prefecture), the white ceramic texture of Tobe ware has a slight touch of gray. Because coloring of the ceramic ware changes depending on the amount of iron in the porcelain stone, Tobe ware artisans have come up with solutions like improving the glaze or having design artisans hand draw a pattern. Tobe ware continues to be loved by people as it is a handmade ceramic ware that is easy to use in the home.

*Also known as the Median Tectonic Line, it is Japan's longest fault systems. 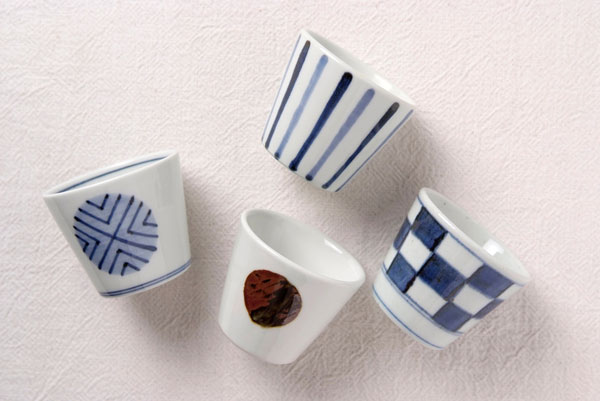 Tobe ware was established in 1777, when the Ozu domain in what is today Iyo district independently began to study ceramic ware. Originally, a whetstone called iyoto was the local specialty but as the resource was rare and not much could be made, Tobe ware was developed with the scraps of Iyo whetstones. During the Edo period (1603-1868), Tobe ware was produced independently since there was limited information from other domains. After the abolition of feudal domains and the establishment of prefectures in 1871 during the Meiji period (1868-1912), it became possible to import technology from famous production areas such as Karatsu and Seto which led Tobe ware to expand rapidly. As technology started to make mass production possible, Tobe ware expanded its market into Southeast Asia. Then during the Taisho period (1912-1926) and Showa period (1926-1988), porcelain producing areas such as Seto increased their production volume by adopting modern technology like mechanical potter's wheels, leading the handicraft Tobe ware to stagnate. However, Muneyoshi YANAGI (1889-1961), a philosopher known for his folk art movement (Mingei) which was dedicated to rescuing lowly pots used by commoners, valued its high quality handicraft technique. Even today, the fascination with Tobe ware has not faded.

See items made in Ehime