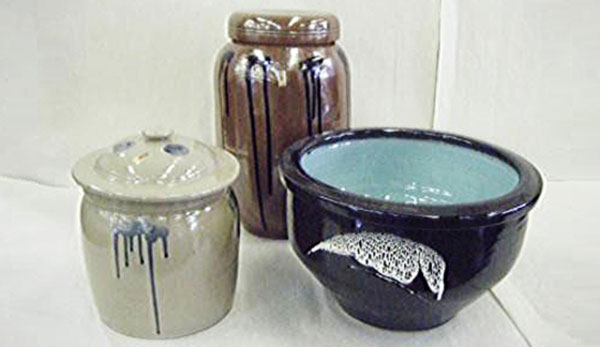 What is Iwami ware ?

Iwami ware (called Iwami yaki) is a type of pottery produced around the city of Gotsu, Shimane prefecture. Iwami ware is strong, has low water absorbency and is resistant to salt, acid, and alkali which makes it suitable for storing pickled plums and pickled scallions. This craft is also known for large water jugs called handou, and many small pieces for daily use, such as tea utensils and tableware are also produced. Iwami ware uses locally collected, high quality clay that is similar to porcelain. Their main products are those coated with deep dark reddish-brown kimachi enamel, which contains iron, as well as transparent enamel products using yunotsu stone, which contain alkali components. Pieces are made ocher colored by coating them with transparent enamel and baking with oxidized firing where the flame is completely combusted, while blue products are created when baking through reduction firing with a flame of incomplete combustion.

Iwami ware is said to have started being made when warriors dispatched for the Japanese invasions of Korea (1592-1610) returned to Japan, bringing back Riroushi, a Korean potter, and having him produce pottery in what is now the city of Hamada and the village of Kakinoki, Shimane prefecture.
In Gotsu, Shimane prefecture, authentic porcelain manufacturing was taught in 1765, and the production technology for small ceramics such as bowls and sake bottles was inherited by Rokuro IRIE, a potter invited from the Iwakuni domain (Yamaguchi prefecture). The production method of large ceramics such as water jugs is said to have started when potters from Bizen province (Okayama prefecture) visited Gotsu in the 1780s.
At the end of the Edo period (1603-1868), the chief retainer of the Hamada domain (now Shimane prefecture) promoted increased ceramics production, which led to the whole Gotsu area to grow into a major base of pottery production centered on water jugs. 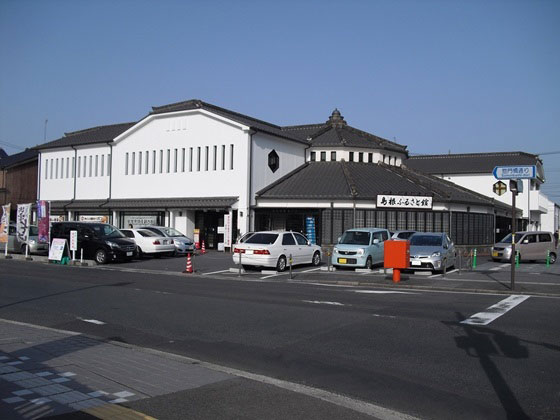 See items made in Shimane