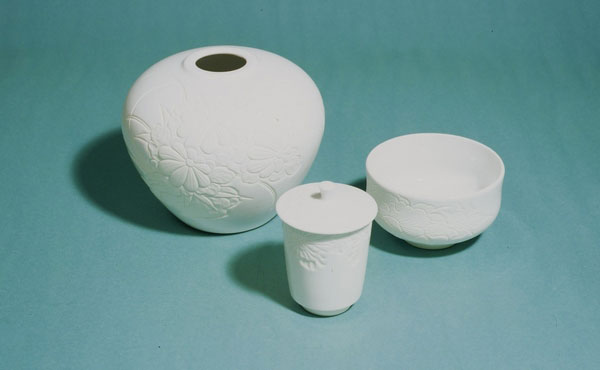 What is Izushi ware ?

It is said that the start of Izushi ware was in 1764, when a potter named Yazaemon IZUYA established a glaze kiln that produced pottery in Izushi. Then, Chinzaemon NIHACHIYA resolved to start producing porcelain and went to Arita, Saga prefecture with backing from the Izushi domain in order to learn production techniques. Subsequently, he returned with a potter from Arita ware, but financial difficulties led to Nihachiya moving away from Izushi. The potter remained in the town and carried out Chinzaemon's wishes by becoming an artisan in unglazed earthenware and teaching others the production process.
Although the Izushi domain set out to manage the kilns directly, this was more difficult than anticipated. During the latter half of the Edo period (1603-1868), the ceramics industry in Izushi developed with the establishment of an elite organization centered around working artisans from an Arita ware kiln. The discovery of large quantities of white porcelain ore helped this craft to continue to improve. As a result, the organization successfully produced a new kind of white porcelain, winning gold prize at the St. Louis World's Fair in 1904, and thus Izushi ware came to be known on a global scale.