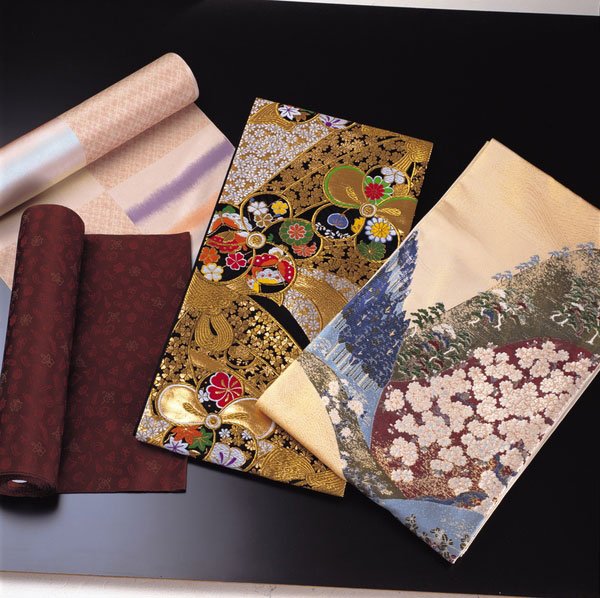 What is Kiryu brocade ? 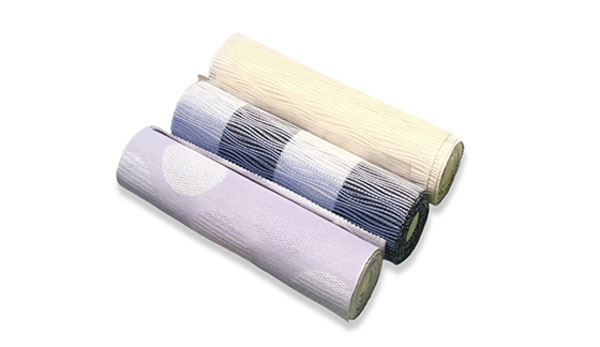 There is an old saying “Nishijin in the west, Kiryu in the east” that denotes Kiryu Ori fabrics with over 1000-year history. The Kiryu region has been long known for thriving textile business, which is proven in the record that a woven textile called Ki Ashiginu was presented to the Imperial Court in the Nara Period (in 714). Legend has it that a local man who was sent from Yamada in Ueno Kuni (current Gunma) to serve as an official at the Imperial Court fell in love with Princess Shirataki. The man’s wish was granted by the Imperial Court that he married the princess and lived together in his hometown, Kiryu City, where the princess conversant with sericulture and weaving introduced them to the locals. The name of Kiryu Ori rose to prominence across Japan on a par with Nishijin Ori, and Kiryu fabrics were tribute and used in the belongings of historical warlords such as Nitta Yoshisada and Ashikaga Takauji.
Later in the Edo Period, Kiryu Ori began gaining momentum as an industry. The founding of Nihon Orimono Corporation in 1887 triggered successful steady industrialization, allowing Kiryu Ori to establish a dominant place in Japan’s weaving industry. In 1977, Kiryu Ori was recognized as a traditional craft.

See items made in Gunma