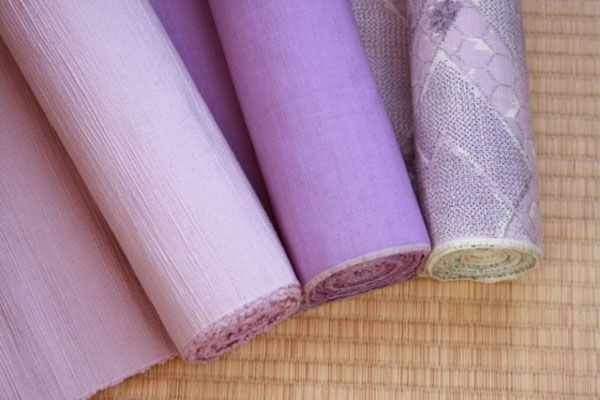 What is Yuki tsumugi silk ?

Yuki tsumugi silk is produced principally in the reaches of the Kinugawa River that straddles the Ibaraki and Tochigi prefectures. The Japanese name Yuki tsumugi comes from the name of a feudal lord during the Kamakura period (1185-1333), Yuki. Although it is considered a luxury fabric today, Yuki tsumugi silk originally started as a subsidiary business of the silk production in the region. Yuki tsumugi silk kimonos are characterized by their lightness, softness, and excellent heat retaining-properties. The threads are extracted from yarn handspun from silk floss. Silk floss are silk filaments made by boiling cocoons and gently unwinding the strands that contain air, which deliver a comfortable and gentle touch. Threads maintain their high quality without getting damaged over time. In fact, time enriches the appealing texture and increases the comfort of the fit. Therefore, Yuki tsumugi silk textile is one of the most outstanding Japanese silk fabrics that are passed down for generations. 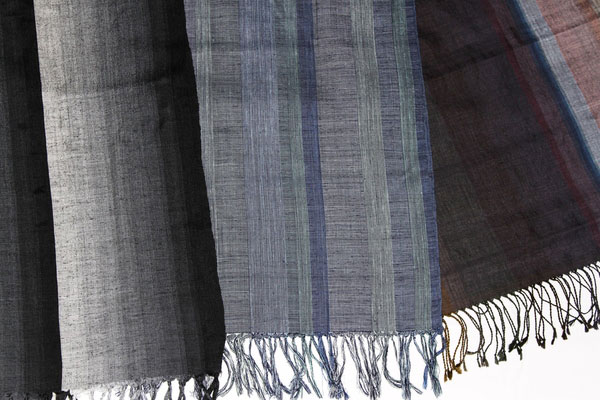 The history of Yuki tsumugi silk goes back to the Nara period (710-794), when Ibaraki prefecture was called Hitachi province. This textile is believed to have been paid to the Imperial Court as a tribute. Known as "Ashiginu" at the time, the forerunner of Yuki tsumugi silk was a silk textile woven with thick, handspun threads. With the renaming of the textile to Yuki tsumugi during the Kamakura period (1185-1333), its nationwide name recognition increased. During the Edo period (1603-1868), Tadatsugu INA, a local governor of the shogunate was active in promoting and improving Yuki tsumugi silk and a new dyeing technique was developed. The technique of tate yoko kasuri, which means vertical horizontal woven fabric, was invented in the late Taisho period (1912-1926) and yielded a significant quality improvement. An ordinary kasuri or woven fabric technique includes binding up either warp or weft threads (two basic components of thread) before weaving, but tate yoko kasuri technique is a combination of the two. Weaving with thousands of threads requires subtle craftsmanship. Post WWII technological reform led to vastly refined kasuri patterns with fine threads increasing the lightness of the fabric even more.

See items made in Ibaraki