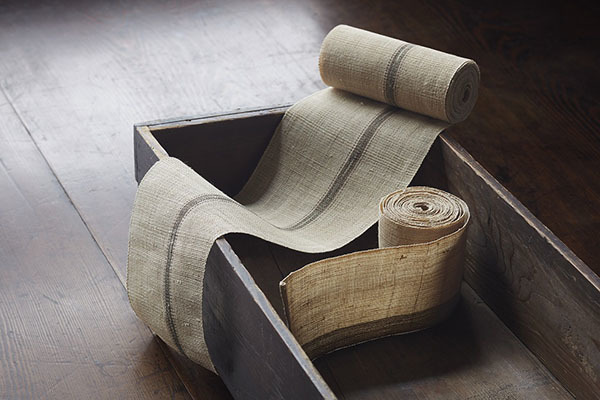 A unique top quality textile fabric,
light as the wind and cool as water

What is Oku-Aizu Showa Karamushi Textiles ?

Oku-Aizu Showa Karamushi Textiles (Oku-Aizu Karamushi Ori in Japanese) are a textile fabric produced in Showa Village of Ohnuma, Fukushima Prefecture. It is made from ramie, which is an urticaceous plant also known as China grass. Fine hemp cloth made from ramie is also produced in Niigata, and Miyako and Ishigaki Islands in Okinawa, but Showa Village is the only place where ramie is produced in the main island of Japan. The ramie produced in Showa Village is especially known for its high quality. As it has a soft silky touch, it is used to produce summer clothing as well as a wide variety of sundries and accessories. 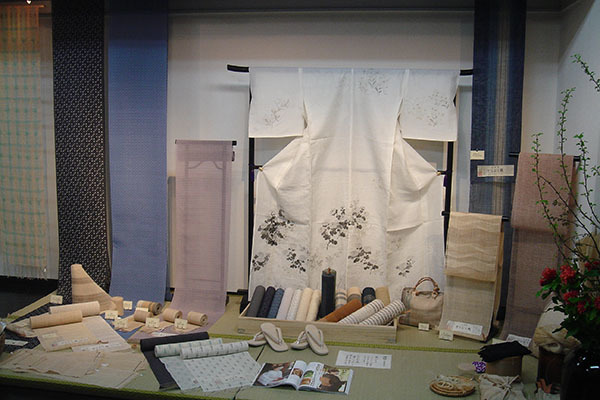 Ramie has been produced in Showa Village since the Edo period (1603 - 1868), and the fuedal lord of the Aizu domain, Masayuki HOSHINA especially encouraged people to produce ramie. Production of ramie supported the people's living in this high altitude, cold climate location. As the high quality ramie produced in Showa Village was used for fine hemp cloth Echigo Jofu and Ojiya Chijimi made in Niigata, it is said that merchants from Niigata came to buy ramie. Production reached its peak in the mid Meiji period (1868 - 1912), producing six tons per year, but declined in and after the Showa period (1926 - 1989) when demand for ramie decreased due to modern lifestyle and the spread of chemical fibers, endangering the existence of ramie production. In 1994, they recruited people to experience Karamushi textile weaving, and spent a year teaching them the whole process from growing ramie to producing the product. The village continues to preserve and hand down the skills and techniques and is putting effort into promoting production of the textiles. 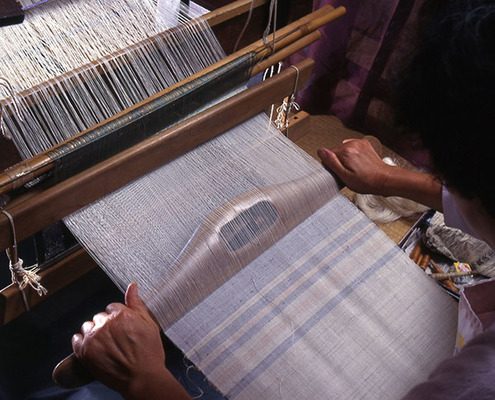