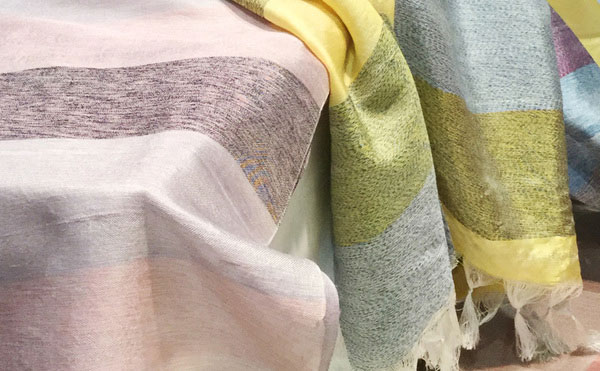 What is Chichibu-meisen silk ?

Chichibu-meisen silk is a textile produced in the city of Chichibu, Saitama prefecture.
It is a plain-woven textile with both sides dyed equally because the threads will be stencil dyed. Since the textile is double-sided, it can be washed and remade as a kimono numerous times. This durability resulted in the popularity of the textile among ordinary people. An assortment of silk is used. Raw, dupioni raw, floss, or spun silk made from waste cocoons and waste raw silk are used for Chichibu meisen. People are fond of this textile because they can use it casually and for a long time as it is woven with affordable materials.
Meisen with a pattern is called hogushi nassen because it is dyed after basting. The weaver has to remove the weft threads used for basting so the weaving method is called hogushi-ori (loosen and weave).
Chichibu meisen's iridescent luster makes it appealing. The warp (parallel) threads and the weft (perpendicular) threads are different colors which create a sheen. The more complementary the warp and weft thread colors, the better the effect.

The origin of Chichibu-meisen silk is said to go all the way back to the reign of Emperor Sujin (97-30 B.C.) when Chichibu Hikonomikoto, the regional administrator of Chichibu, originally brought the technology of sericulture and weaving to the area. Chichibu is surrounded by mountains so it was difficult to grow rice. Therefore, sericulture became successful in this area. Futo-ori was the textile woven for farmers' everyday clothing, becoming popular which led to it being called Oni-chichibu and worn by the common people. While it was popular among the everyday people, samurai warriors also valued the fine and durable characteristics of the textile.
Futo-ori became Chichibu-meisen and the combination of the tradition with new and improved technologies made the textile more popular. From the Meiji period (1868-1912) to the early Showa period (1926-1989) was the peak of popularity of Chichibu-meisen. Once hogushi nassen technology was developed and was patented in 1908, bold and elaborate designs became popular throughout Japan. People love Chichibu-meisen because the hiraori textile enables them to wear it on both sides and it can be remade many times as a kimono. After being thorougly used, Chichibu-meisen can also be recycled as children's diapers or cleaning cloths. 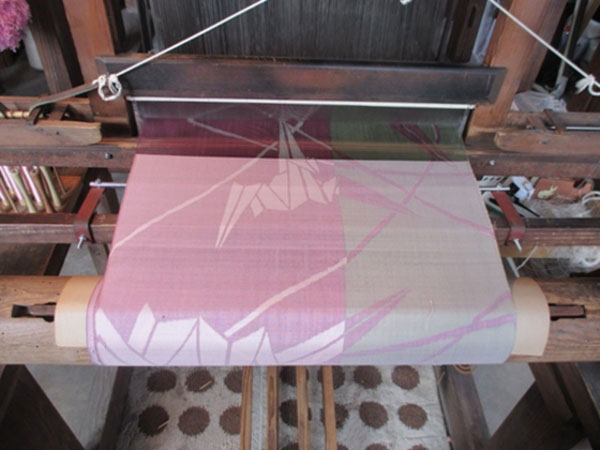