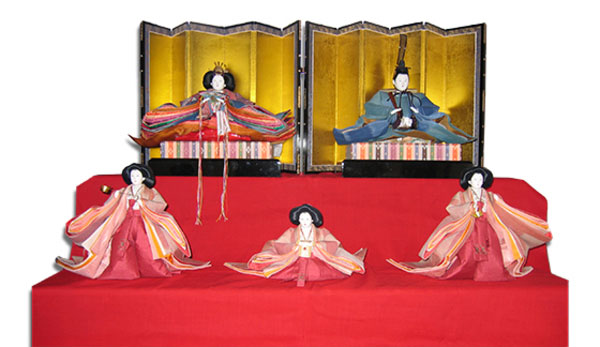 What is Omi ramie cloth ?

Omi jofu is a textile produced in the region surrounding the town of Koto in Shiga prefecture. It is made with handwoven ramie threads.
This craft has chic kasuri* or ikat patterns and a refreshing texture from being woven with fine ramie threads. Not just ikat, but the fabric, which is woven from unbleached ramie, is produced and used for the weft. The fiber undergoes a painstaking process of being shredded and joined to make a thread. There are three kinds of ikat technique: Tateito gasuri, Yokoito gasuri and Tateyoko heiyo gasuri. Tateito gasuri uses the Katagami nassen or stencil dyeing technique which is when threads are dyed using tracing paper. Tateyoko heiyo gasuri uses the Kushioshi nassen technique or comb press dyeing, which uses a tool with a curve similar to the back of a comb to rub the dye into the threads. Omi jofu is woven while the warp and the weft are carefully adjusted. This woven textile is known as a high quality fabric as its cool and refreshing texture make it suitable for summer kimono.

* A kasuri pattern is precise patterning and images that result from a technique of wrapping fibers with thread in order to dye the specific parts of fabric.

The Koto region, on the east side of Lake Biwa, is a basin with high humidity due to fog arising from the lake and streams from nearby rivers. It is a suitable environment for ramie, which has been cultivated since the Kamakura period (1185-1333) using techniques passed down from craftsmen who had moved from Kyoto. The textile produced in this region became known nationwide due to the support of merchants from the area. The production of Omi jofu developed and became a successful local industry during the Edo period (1603-1868) under the sponsorship of the Hikone domain, who ruled the area. In the meantime, ramie was brought back from the northeast region of Japan by local merchants and greatly influenced development of this craft. The dyeing techniques of itajime (making patterns by pressing and dyeing threads between carved boards) and comb press dyeing were developed in the latter half of the 18th century. Spun ramie threads were introduced at the end of the Meiji period (1868-1912) and stencil dyeing was developed at the beginning of the Showa period (1926-1989). The itajime method was used until disappearing after the Taisho period (1912–1926). Omi jofu has a seven hundred year old history as a traditional textile.